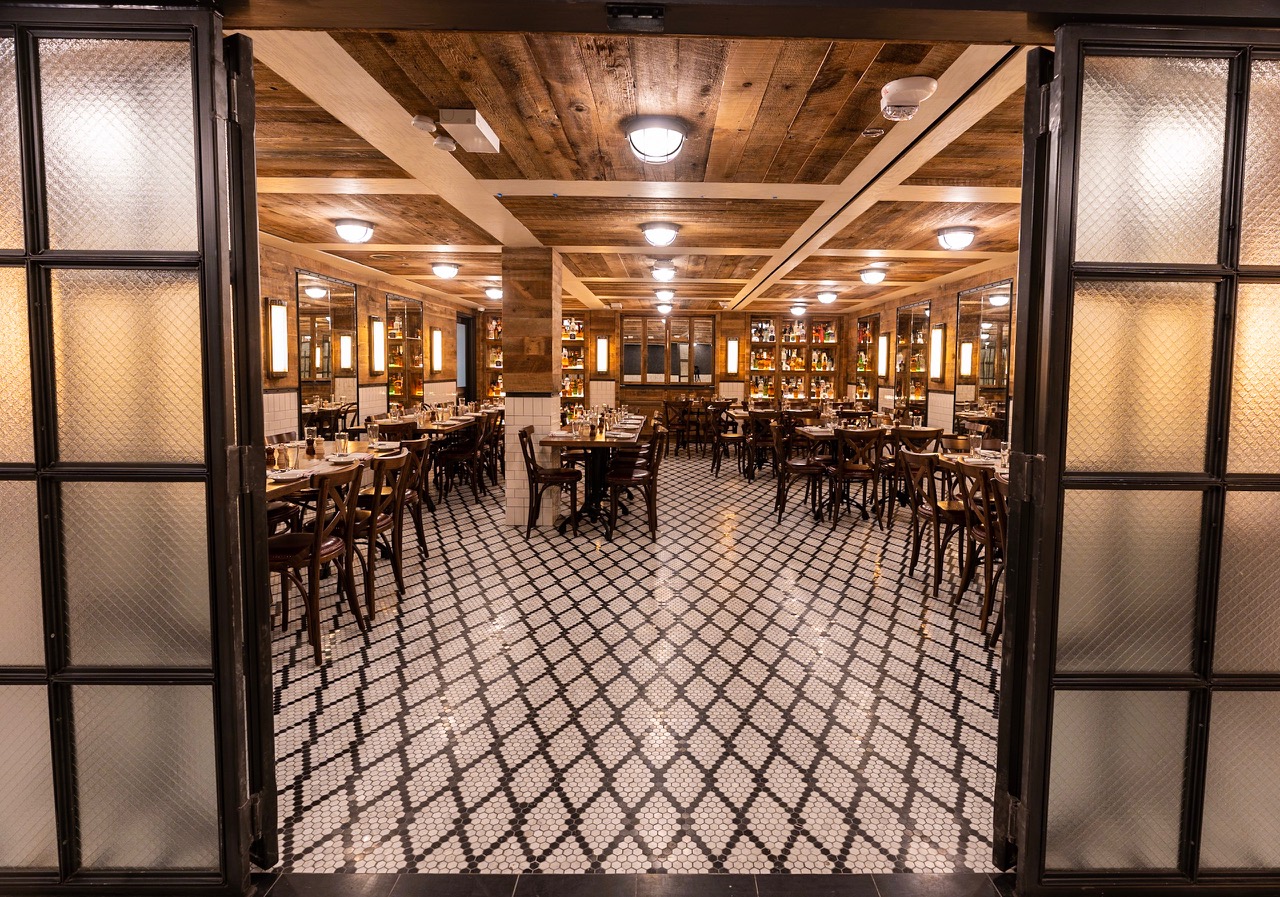 Art Encounter has announced their Kaleidoscope 2022 Honoree, Lynne Warren. “During Ms. Warren’s long career as a curator at the Museum of Contemporary Art Chicago, her commitment to championing work by Chicago artists helped shape the city’s vibrant art scene. We look forward to gathering on May 12 in celebration of Ms. Warren and her profound impact on the contemporary art world, both locally and globally.” More at the event website here.

Largest Van Gogh Exhibition In A Generation Comes To Detroit

“The coming ‘Van Gogh in America’ exhibition at the Detroit Institute of Arts will include seventy-two Van Goghs, with fifty-six paintings and sixteen works on paper,” reports The Art Newspaper. “This will represent the largest number of paintings by the artist at any U.S. venue for more than twenty years. ‘Van Gogh in America,’ which is scheduled to run from October 2, 2022 to January 22, 2023, will for the first time reveal the story of the artist’s rise to fame in the U.S. Detroit is a most appropriate venue, since its museum was the pioneer in North America in buying a Van Gogh.”

You can read all of Newcity’s expansive coverage of EXPO here.

“A hummingbird habitat at the southeast corner of the Washington Park lagoon would be the Park District’s first,” reports Block Club. “It’s like a bed and breakfast as they’re traveling to their destinations.”

“Arlene Okun bought a cute stuffed monkey made out of a pair of socks at a gift store sixteen years ago. That led to her seeking the plush primates on eBay and via flea markets, and eventually opening up a sock monkey museum in Long Grove,” reports the Lake County News-Sun (via the Trib). “Visitors can see some of the more than 2,000 sock monkeys in her collection and also learn of the stories behind some of them. They can also watch a ‘sockumentary’ narrated by ‘Sockrates.’ A portion of the entrance fee is donated to Chimp Sanctuary Northwest… The stuffed toy is made by cutting and stitching a pair of socks to look like a monkey. Their characteristic red lips are the red heels of a pair of brown socks. The soft critter became popular in the 1930s when the Rockford-based Nelson Knitting Company trademarked a pair of socks with red heels, which became the main component in a sock monkey.”

The first of three tower cranes on the Obama Presidential Center site went up last week, relays Building Up Chicago with twenty-four photos. Posts Lakeside Alliance, the builders on the site: “As we move into Spring, earth retention activities will be wrapping up. Dewatering and mass excavation will continue through the end of April, with foundation work right behind and continuing through mid-June. The first Tower Crane will be erected in May, signaling the start of ‘above-grade’ work.”

Workers at the two Chicago El Milagro tortilla plants announced that management had made concessions in ongoing labor negotiations, reports Eater Chicago. “Workers reps say they’ve won wage increases totaling $1.3 million, money that would have taken employees five years to earn under former conditions. Labor advocates say they’ve convinced management to install air conditioning in lunchrooms [but] the company has yet to follow through on other promises, including ending a seven-day work week. The company employs about 400 people in Chicago; a hundred of those workers have been involved in the labor campaign… El Milagro claims that the raises have nothing to do with worker efforts.” David Roeder at the Sun-Times reports: “‘They are still speeding up the machines, causing pain in our backs and our hands. But the company doesn’t care. We put in all our strength to work hard and keep up until we simply can’t do it anymore,’ said a worker Arise Chicago identified only as Olga.” El Milagro said it would not respond to “misrepresentation and outright lies” from Arise, which it describes as “outside agitators.”

River North’s American brasserie The Smith has expanded their offerings to serve weekday breakfast. Monday-Fridays from 8:30am, diners can select classic breakfast items, indoors or on the expansive patio. Highlights include the Omelette, featuring slow roasted tomatoes, goat cheese, soft herbs, served with home fries or mixed greens; BLT+E Sandwich, featuring apple smoked bacon, a sunny up egg, lemon aioli, on an everything croissant and served with home fries or mixed greens; or Avocado Toast, served on whole wheat toast topped with poached eggs and red pepper flakes. The Smith also offers a full coffee and tea bar, and cocktails including The Smith’s Bloody Mary and Mimosas. More here.

The Midland Authors announces winners of its 2022 awards, for the best books written by Midwest authors and published in 2021. The winners in seven categories, including a new award for history, will be honored during a banquet at the Cliff Dwellers Club, along with honorees in each category. History Award Winner: Edward McClelland, “Midnight in Vehicle City: General Motors, Flint, and the Strike That Created the Middle Class”; Adult Fiction Award Winner: Andrew J. Graff, “Raft of Stars”; Richard Frisbie Adult Nonfiction Award Winner: Amber Ruffin and Lacey Lamar, “You’ll Never Believe What Happened to Lacey: Crazy Stories about Racism”; the Bernard J. Brommel Biography and Memoir Award Winner: Steve Paul, “Literary Alchemist: The Writing Life of Evan S. Connell”; and the Poetry Award Winner: Kaveh Akbar, “Pilgrim Bell: Poems.” The Midland Authors will give out the awards at a banquet on Tuesday, May 10, at the Cliff Dwellers Club. Carol Marin, co-director of the DePaul Center for Journalism Integrity & Excellence and NBC5’s former political editor, will host the awards banquet. The keynote speaker will be Urbana novelist and short story author Jean Thompson, a professor emerita at the University of Illinois Urbana-Champaign. Tickets here.

“Nearly forty independent bookstores in the greater Chicago area—from Lake Forest to Homewood, and Wheaton to the Loop—are collaborating on this year’s #ChiLoveBooks Challenge, which encourages book lovers to indulge in bookstore tourism by visiting ten, fifteen or more stores in a single day,” the group posts in a release. “The challenge is on Independent Bookstore Day, a one-day national party celebrating indie bookstores on the last Saturday in April. Each store creates its own unique events—including guest authors, special kids’ story times, readings, contests, giveaways and special sales.” The #ChiLoveBooks Challenge is sponsored by the Chicagoland Independent Bookstore Alliance, an association formed in 2016 to raise awareness about the vitality of the area’s indie bookstores, and the Great Lakes Independent Booksellers Association. The event is Saturday, April 30; the thirty-eight participating stores and the discounts you can earn are here.

“As literary events converge with National Poetry Month in April and World Book Day and William Shakespeare’s Birthday on April 23, Chicago Shakespeare Theater is celebrating with productions and programs onstage, online, and in classrooms across the country,” the group announces in a release. “Premiering on April 23 is the free, virtual celebration ‘To Be,’ a forty-five-minute program featuring musical performances and special guests as well as recognizing civic leader Carole B. Segal with the Spirit of Shakespeare Award. Beginning April 18, students and teachers can engage with the free Stream & Study initiative, which pairs a streamed production of ‘Romeo and Juliet’ with a suite of teaching materials—making Chicago Shakespeare’s nationally recognized arts-in-education programs accessible to classrooms nationwide. Shakespeare’s rarely seen dark comedy ‘All’s Well That Ends Well’ takes the stage in the Courtyard Theater on April 22 in a new production staged by acclaimed director Shana Cooper.” More here.

In partnership with the Firehouse Community Arts Center, Theatre Y has launched a youth program that provides selected students with seasonal stipends to write, act and direct original works in their own voice. Through grants from the Walder Foundation and Innovation80, Theatre Y’s youth will develop original works under the tutelage of artists and performers Marvin Tate and Michael Montenegro. The inaugural program will take place at the Firehouse Community Arts Center and provide a home to cultivate youth-led productions “imbued with the spirit of Lawndale’s deep-rooted, diverse cultures,” the group relays in a release. “Leading is artistic director Melissa Lorraine, with members of the Theatre Y Ensemble, a group ranging from twenty-eight to eighty years. Ensemble members will help the students shape their original works and support them through mentorship and shared experience.” More here.

Former 47th Ward Ald. Ameya Pawar hopes to open a dispensary in the former Permanent Records space on Chicago Avenue with Scott Weiner, co-owner of the Fifty/50 group, which runs Roots Pizza, West Town Bakery and other local restaurants, reports Block Club Chicago. “Operating under the name Canna Ventures LLC, the partners applied last week for a special use permit to operate the dispensary at 1914 West Chicago, next door to West Town Bakery… Pawar said the dispensary’s ownership is ‘almost 70 percent Black- [and] Brown-owned,’ and will prioritize hiring employees from marginalized communities. ‘Our focus has always been to open up a dispensary that is social equity in ownership, social equity in employment, is inclusive by design, but also creates real pathways to wealth.'”

The Prairie District Neighborhood Alliance, one of the largest community organizations in Chicago, will host its thirteenth Annual Easter Egg Hunt at Chicago’s Women’s Park and Gardens. “This popular holiday event is expected to draw around 2000 from the South Loop and surrounding communities. During the hunt, children will search for 15,000 brightly colored toy and candy-filled plastic eggs and will be able to win prizes.” Other activities include an animal petting zoo, imagination playground, soccer demonstrations, piñatas and a visit with the Easter Bunny. The PDNA will also give away hundreds of prizes, as well as special Easter cupcakes and cookies, candy and refreshments. Admission is $15 for children 1-12 and $10 for 13 years to adult, with no charge for children under 12 months. Space is limited and RSVP is required. Chicago Women’s Park and Gardens, 1827 South Indiana, Saturday, April 16, noon-2pm. Tickets and more information here.

Simu Liu And KAINA Added To Chicago Humanities For June

Simu Liu, affable star of Marvel’s first Asian superhero movie, “Shang-Chi,” and KAINA, the Chicago native and Latina R&B, jazz and soul musician will be part of the Chicago Humanities Festival this June, with KAINA in concert at Navy Pier on June 1 (tickets here) and Simu Liu at the Music Box on June 2 (tickets here).

“This Is Gary” Launches In June

Gary entrepreneur Joslyn Kelly has launched “This is Gary,” events designed “to honor and raise awareness of the city’s greatness,” the group advises in a release. Events are scheduled throughout the city June 22–26. “This is Gary” is a collaboration between J’s Breakfast Club, owned by Kelly, and her Victory Way project, “which is the beautification of the gateway leading into the heart of Gary at 26th and Broadway. This location is also the future site of a newly constructed J’s Breakfast Club in the fall of 2022.” “‘This is Gary’ was created to educate, collaborate, motivate, and be the change that many talk about, but few take the steps to do,” Kelly says in the release. “We are carefully curating events to address the community, starting with the uplifting and motivating of our youth, capturing the energy of transforming physical spaces and places, and celebrating these same physical spaces and places connected to the story of our rich heritage. We will conclude with a party on purpose with a purpose and a finale of praise and worship with a Gospel Explosion concert.” More here.