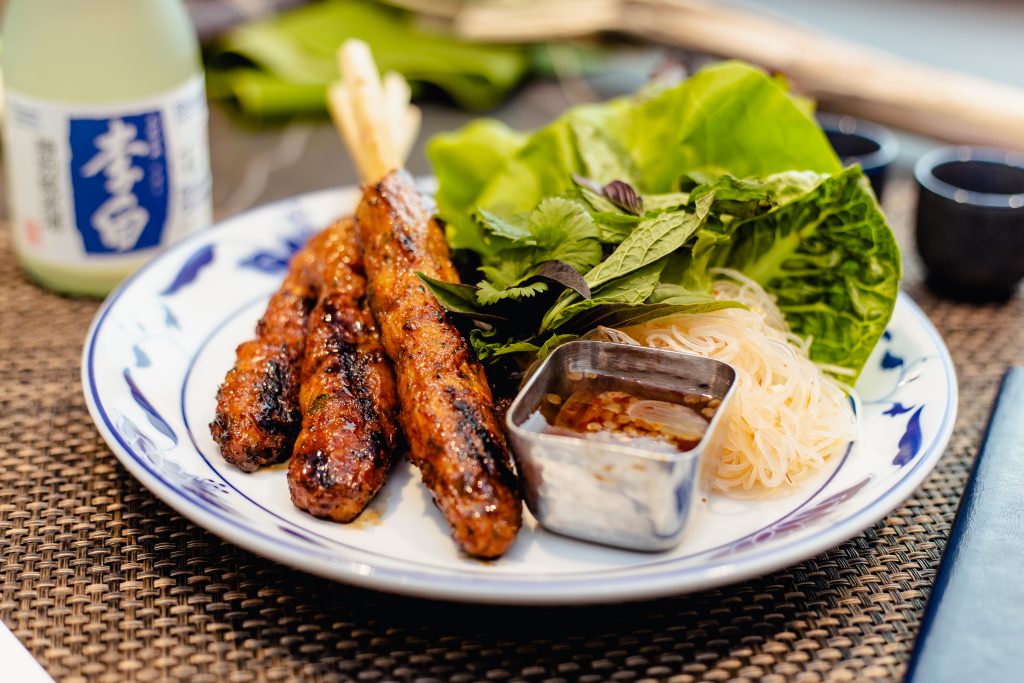 “A California university is selling a 1993 painting by Kerry James Marshall at auction next month to raise funds for its research program,” reports ARTnews. “Loma Linda University received the artwork from a local doctor only three years ago, and proceeds from the sale will go [toward] the school’s genomics research division. ‘Beauty Examined’ (1993) will hit the auction block on May 19 during a Sotheby’s New York evening sale devoted to ultra-contemporary art. The work is expected to fetch between $8 million and $12 million… The work depicts a stark Black figure lying on its back. One arm is rendered with open flesh and bones, a detail that alludes to the subject being used for anatomical study.”

A federal lawsuit argues that the Daley-era sell-off of Chicago parking meters is “an unregulated seventy-five-year monopoly depriving the city of its full regulatory authority over the streets and public ways,” reports Reuters. “Just a friendly reminder that the private parking meter company has already made about $500 million more than the $1 billion it paid for the meter system in 2009—with more than sixty years of revenues to go,” Mick Dumke posts.

Go the Distance, which owns and operates the location where the 1989 fantasy film “Field Of Dreams” was shot, plans to expend “$80 million in private investment to build youth baseball and softball fields, team dormitories and a hotel, among other improvements, near the movie site, in rural Dyersville, Iowa,” reports the Des Moines Register.

The “End” Of Chicago

“To reach the southeasternmost corner of Chicago, you have to take bumpy, potholed Boy Scout Road out of Hegewisch, then turn onto a set of tracks belonging to the Indiana Harbor Belt Railroad. With Powder Horn Lake to your right, follow the tracks between tall stands of reeds, still in their winter blondeness, toward a railyard where black tankers idle. Then turn onto a disused rail spur, weeds growing between its ties,” writes Edward McClelland at Chicago magazine. “Chicago’s southern border is, perhaps, the wildest, most undeveloped part of the city, a hinterland that, in some places, looks more rural than urban, despite lying within the boundaries of America’s third-largest city.”

Chicago’s Most Mobile Homes: The Blue And Red Line

“Because they run twenty-four hours, the Red and Blue lines also serve as vital overnight shelters for many Chicagoans experiencing homelessness, who are frequently separated from ‘other’ CTA commuters in ongoing conversations about public safety, despite paying the same fares,” writes Katie Prout at the Reader. “Hiring more security guards to enforce the Code of Conduct—which prohibits behaviors such as sleeping or camping on CTA property, alarming or disturbing others, and loitering—could increase the risk of ticketing and arrest for people using the CTA for shelter.” Prout “interviewed four Chicagoans who use the CTA for shelter to find out more about why they use the trains, and what they think about the current debate around policing and safety on public transit.”

The New York Times gives multibillionaire Howard Schultz just a little room to chat about the reason he was brought back on board for a third rotation: to contest unionization. “Starbucks’s interim chief executive, Howard Schultz, told a weekly meeting of store managers on Monday that benefits he was considering expanding for nonunion employees would not immediately apply to the company’s newly unionized workers… Experts said the comments raised questions about whether the company was seeking to discriminate against unionized employees… Experts on labor law said that companies were allowed to discuss the difference in benefits that union and nonunion employees received, but that they could not make an implied promise that employees would receive better benefits if they chose not to unionize.” The National Labor Relations Board has filed suit against Starbucks, saying “that Starbucks illegally ‘interrogated’ and ‘threatened’ workers in Phoenix with reprisal for unionizing… The NLRB is seeking to require Starbucks to stop union-busting, read workers their union rights, and compensate [an autistic worker] for the harm they caused them. Starbucks has until April 27 to respond.”

“Classic Cinemas rolled out a new youth policy at its Lake Theatre location in Oak Park,” reports WGN-TV. “According to the theater’s website, guests aged fifteen and younger are required to be accompanied by a parent or supervising adult aged twenty-one or older on Fridays and Saturdays after 6pm.” Management says they were required to provide ushers to supervise their auditoria which distracted them from other tasks: “‘We were encountering patrons that were throwing stuff…’ Classic Cinemas CEO Chris Johnson said. ‘We were going in and telling people to stop and then somebody else would do it… We were spending all of our time in the auditorium and it was just a disruptive environment for everybody. So that’s when we enacted the policy.'”

Chicago musical stalwart Beau O’Reilly and his current setting, upstairs at Jimmy Beans Coffee, are profiled at the Reader by Mark Guarino. “O’Reilly has recently transformed the cozy second-floor room above that Logan Square storefront coffee roaster into a weekend cabaret. It’s quickly become a home for folk singers and other left-of-center performers orphaned by the dwindling number of venues that cater to intimate listening—in recent years, for instance, No Exit and the Heartland Cafe both shuttered after decades-long runs.”

“The last few months have been busy ones with theaters announcing new venues: if all goes well, American Blues, Steep, Northlight, and TimeLine will all be producing in their new homes sometime in the next couple of years. But the long shutdown of 2020-21 also took away some venues that had provided rentals to the large and vital band of itinerant theater companies in Chicago.” Surveying Chicago theaters that have weathered hard times, and how, Kerry Reid finds a spotlight for comedy at the Den Theater. “Keeping commercial houses open during a time of no rental revenues is obviously an even more daunting task, since they’re not eligible for nonprofit grants… With generous investments from theater philanthropists Michael and Mona Heath, Wicker Park’s the Den has grown to encompass five theaters, a downstairs bar and cafe, and comfortable lobby and bar areas throughout with cozy leather couches that do indeed feel denlike… But in the case of the Den, they’ve found a savior in stand-up comedy.”

In anticipation of the fiftieth year of Chicago Opera Theater in 2023, the company announces its 2022-23 season; names two emerging composers in its groundbreaking Vanguard Initiative program; and recognizes recent and generous philanthropic contributions. The Elizabeth Morse Charitable Trust and the Elizabeth Morse Genius Charitable Trust granted Chicago Opera Theater a joint $2.25 million grant to underwrite the position of music director, currently held by Lidiya Yankovskaya, as the Elizabeth Morse and Genius Music Director. Since its inception in 2018, the Vanguard Emerging Opera Composer Residency has been supported by a generous grant from the Mellon Foundation, which has recently renewed its three-year $590,000 grant, providing valuable support for this groundbreaking program through 2025. More here.

“Whether listening to him through a television or a radio, Pat Foley was the top narrator of Blackhawks hockey for fans over the course of 39 years and thousands of games, with his voice being immediately recognized by the diehards or the casual observer,” reports WGN-TV. “Now his time in the booth is coming to an end, with one more game left to call.”

“Amazon.com will add a five-percent ‘fuel and inflation surcharge’ to fees it charges third-party sellers who use the retailer’s fulfillment services as the company faces rising costs,” reports AP (via WGN-TV).

Behind The Rare Union Victory At Amazon’s Staten Island Warehouse

“The workers who won a union election at an Amazon warehouse on Staten Island earlier this month did something miraculous: They defeated a well-funded and implacable anti-union campaign run by the nation’s second-largest employer, a corporation with almost unlimited financial resources, without the aid of a major union,” observes Adam Serwer at The Atlantic. “The battle isn’t over—the union will still have to go through the difficult process of negotiating a contract—and Amazon will continue its union-busting efforts elsewhere. Still, as Alex Press, who covers the labor movement for the left-wing magazine Jacobin wrote, this victory was ‘an upset for which there are few parallels in the US labor movement’s post-Reagan history.’ The story of the campaign is almost cinematic: workers hailing from all around the globe running a multilingual campaign to defeat a corporate behemoth that subjects its wage workers to harrowing conditions.”