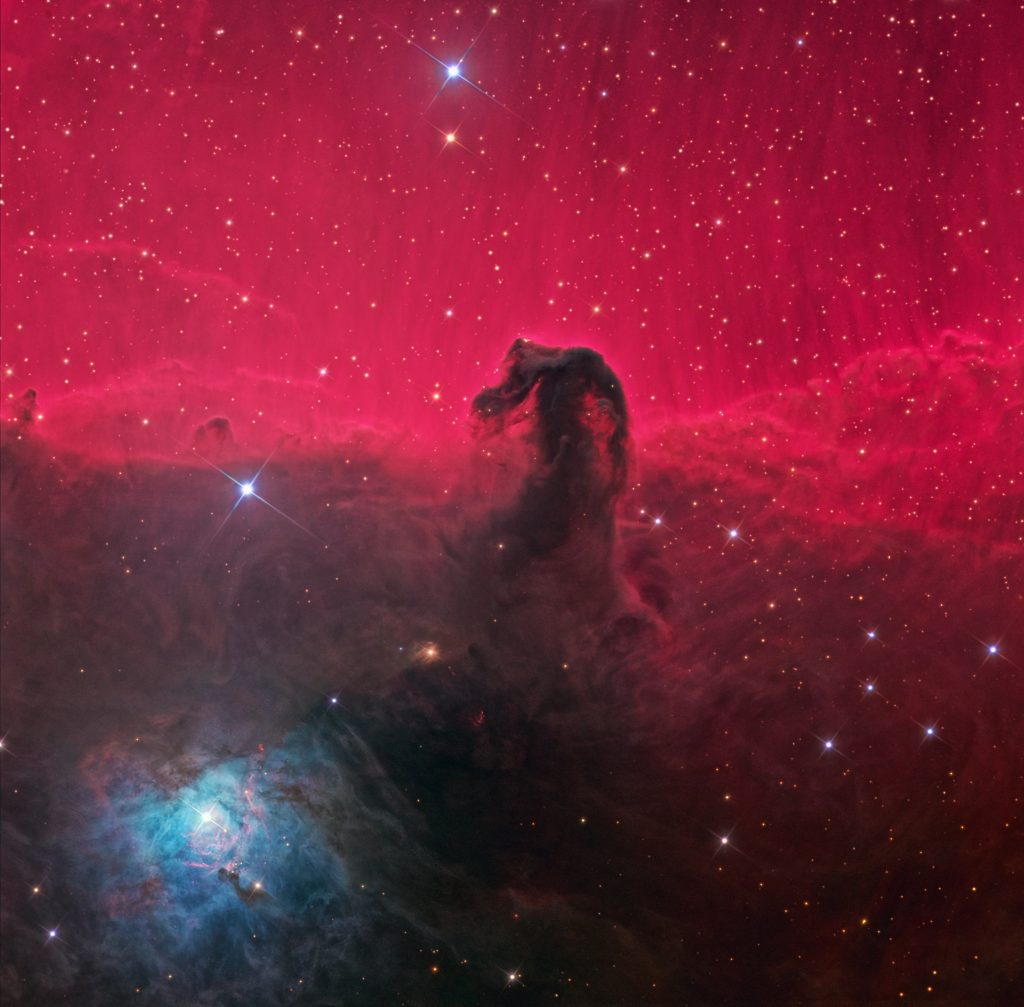 ARIES (March 21-April 19): Aries author Marge Piercy writes, “I love people who harness themselves, an ox to a heavy cart, who pull like water buffalo, with massive patience, who strain in the mud and the muck to move things forward, who do what has to be done, again and again.” According to my analysis of the astrological factors, you’ll be wise to be like a person Piercy describes. You’re entering a phase of your cycle when diligent work and impeccable self-discipline are most necessary and most likely to yield stellar rewards.

TAURUS (April 20-May 20): In 1879, Taurus-born Williamina Fleming was working as a maid for astronomer Edward Charles Pickering, director of the Harvard Observatory. Impressed with her intelligence, Pickering hired Fleming to do scientific work. By 1893, she had become a prominent, award-winning astronomer. Ultimately, she discovered the Horsehead Nebula, helped develop a system for identifying stars, and cataloged thousands of astronomical phenomena. I propose that we make her your role model for the duration of 2022. If there has ever been a year when you might achieve progress like Fleming’s, it’s this one.

GEMINI (May 21-June 20): For 2500 years, Egypt was a conquered territory ruled by non-Egyptians. Persians took control in 525 BCE. Greeks replaced them. In succeeding centuries, Egypt had to submit to the authority of the Roman Empire, the Persians again, the Byzantine Empire, the Arab Islamic Caliphate, the Mamluk Sultanate, the Ottomans, and the British. When British troops withdrew from their occupation in 1956, Egypt was finally an independent nation self-ruled by Egyptians. If there are any elements of your own life story that even partially resemble Egypt’s history, I have good news: 2022 is the year you can achieve a more complete version of sovereignty than you have ever enjoyed. And the next phase of your freedom work begins now.

CANCER (June 21-July 22): During the next four weeks, some of the best lessons you can study and learn will come to you while you’re socializing and communicating. Even more than is usually the case, your friends and allies will offer you crucial information that has the power to catalyze dynamic decisions. Lucky encounters with Very Interesting People may open up possibilities worth investigating. And here’s a fun X-factor: The sometimes surprising words that fly out of your mouth during lively conversations will provide clues about what your deep self has been half-consciously dreaming of.

LEO (July 23-Aug. 22): “Hold on tight, I would tell myself, but there was nothing for me to hold on to.” A character in one of Haruki Murakami’s novels says that. In contrast to that poor soul, Leo, I’m happy to tell you that there will indeed be a reliable and sturdy source for you to hold onto in the coming weeks—maybe more than one. I’m glad! In my astrological opinion, now is a time when you’ll be smart to get thoroughly anchored. It’s not that I think you will be in jeopardy. Rather, you’re in a phase when it’s more important than usual to identify what makes you feel stable and secure. It’s time to bolster your foundations and strengthen your roots.

VIRGO (Aug. 23-Sept. 22): In the latter half of the nineteenth century, the US government collaborated with professional hunters to kill millions of bison living in America’s Great Plains. Why? It was an effort to subjugate the Indigenous people who lived there by eliminating the animals that were their source of food, clothing, shelter, bedding, ropes, shields and ornaments. The beloved and useful creatures might have gone extinct altogether if it had not been for the intervention of a Virgo rancher named Mary Ann “Molly” Goodnight. She single-handedly rebuilt the bison herds from a few remaining survivors. I propose that we make Goodnight your inspirational role model for the rest of 2022. What dwindling resources or at-risk assets could you restore to health?

LIBRA (Sept. 23-Oct. 22): British Admiral Horatio Nelson (1758–1805) was born under the sign of Libra. He was a brilliant and unconventional strategist whose leadership brought many naval victories for his country. Yet he was blind in one eye, was missing most of his right arm from a battle wound, and was in constant discomfort from chronic seasickness. I propose we make him one of your patron saints for the coming weeks. May he inspire you to do your best and surpass your previous accomplishments even if you’re not feeling perfect. (But also keep in mind: The problems you have to deal with will be far milder than Nelson’s.)

SCORPIO (Oct. 23-Nov. 21): Anti-apartheid activist Bantu Stephen Biko (1946–1977) was profoundly committed to authenticity. The repressive South African government hated that about him. Biko said, “I’m going to be me as I am, and you can beat me or jail me or even kill me, but I’m not going to be what you want me to be.” Fortunately for you, Scorpio, you’re in far less danger as you become more and more of your genuine self. That’s not to say the task of learning how to be true to your deep soul is entirely risk-free. There are people out there, even allies, who may be afraid of or resistant to your efforts. Don’t let their pressure influence you to dilute your holy quest.

SAGITTARIUS (Nov. 22-Dec. 21): “The artist must train not only his eye but also his soul,” said Sagittarian painter Wassily Kandinsky. Inspired by his observation, I’m telling you, “The practical dreamer should train not only her reasoning abilities but also her primal intuition, creative imagination, non-rational perceptivity, animal instincts, and rowdy wisdom.” I especially urge you to embody my advice in the coming weeks, Sagittarius. Now is a favorable time to make abundant use of the other modes of intelligence that help you understand life as it really is—and not merely as the logical, analytical mind conceives it to be.

CAPRICORN (Dec. 22-Jan. 19): The language spoken by the Indigenous Cherokee people is at least 3,000 years old. But it never had a written component until the 1820s. Then a Cherokee polymath named Sequoyah formulated a syllabary, making it possible for the first time to read and write the language. It was a herculean accomplishment with few precedents in history. I propose we name him your inspirational role model for the rest of 2022. In my astrological understanding, you are poised to make dramatic breakthroughs in self-expression and communication that will serve you and others for a long time.

AQUARIUS (Jan. 20-Feb. 18): A study by psychologists concludes there is a good way to enhance your willpower: For a given time, say one week, use your non-dominant hand to brush your teeth, wield your computer mouse, open your front door with your key, or perform other habitual activities. Doing so boosts your ability to overcome regular patterns that tend to keep you mired in inertia. You’re more likely to summon the resolution and drive necessary to initiate new approaches in all areas of your life—and stick with them. The coming weeks will be an especially favorable time to try this experiment. (For more info, read this: tinyurl.com/BoostWillpower)

PISCES (Feb. 19-March 20): In his book “Thus Spoke Zarathustra,” philosopher Friedrich Nietzsche wrote, “You have your way. I have my way. As for the right way, the correct way, and the only way, it does not exist.” According to my reading of the astrological omens, you will be justified to say something like that in the near future. Now is a favorable time to honestly acknowledge differences between you and others—and accept those differences just as they are. The important point is to do what you need to do without decreeing that other people are wrong or misguided.