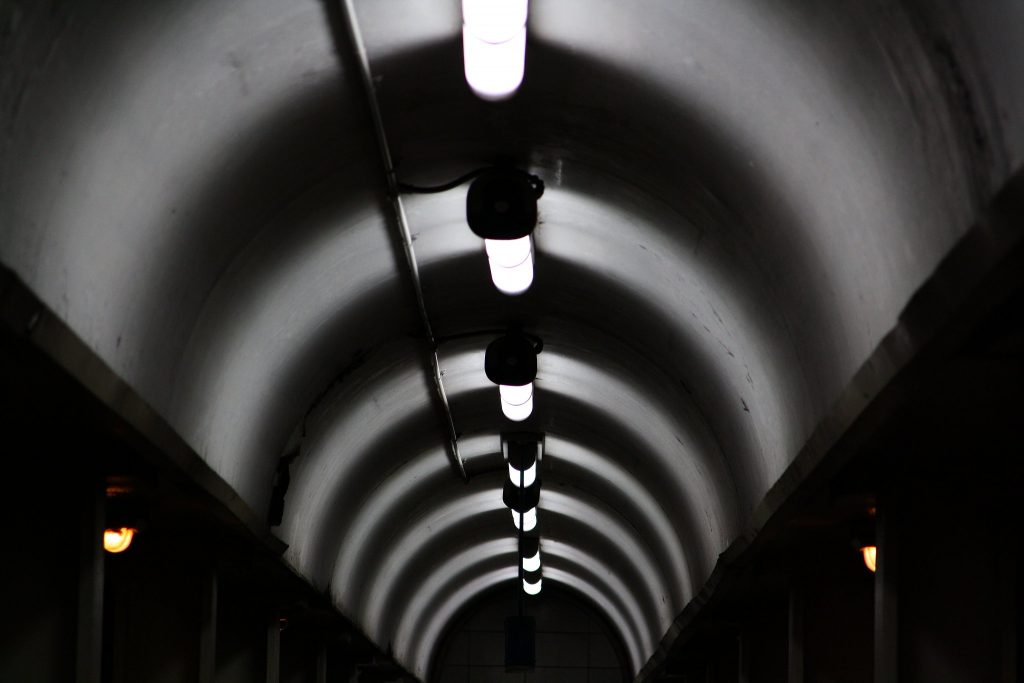 At the Reader, Martha Bayne gathers remembrances from a few of the many, many friends of late artist Cynthia Albritton: “Kind. Funny. Genuine. A sweetheart, an artist, a legend. If the true sign of a life well lived is a tidal wave of emotional tributes when you die, then Cynthia Albritton—better known to the whole wide world as Cynthia Plaster Caster—lived a very good life. So much so that writing about her after her passing—she died at age seventy-four on April 21—poses a daunting problem. How can I adequately reflect the memories of the hundreds if not thousands of friends mourning her around the globe and all over my Facebook feed? … I really got to know Cynthia while working as a bartender at the Hideout, where she would always sip her red wine through a straw so as not to ruin her lipstick… ‘When she would attend a show, we knew it was going to be a fantastic show, because she had such great taste in music,’ says Hideout co-owner Katie Tuten, who cherished Cynthia as a friend and confidante. ‘When Cynthia was in the room, there was a warm glow because of the joy she emanated… She was generationally transcendent.'”

“For fans of Nick Cave, Chicago is the place to be this year,” writes Jane L. Levere at the New York Times. “Mr. Cave, the multidimensional artist who has made Chicago his home for thirty-four years, will be celebrated at the Museum of Contemporary Art Chicago with a retrospective; at the DuSable Museum of African American History, with a ‘performative fashion experience’; and on the Chicago River facade of theMart, where one of his videos will be projected free of charge twice a night… Mr. Cave has drawn a following for his colorful videos, installations and performances. But his name is most commonly associated with his Soundsuits, which have been described as ‘wearable, noise-making costumes.’ Now sixty-three, he is as prolific as ever. The Chicago lovefest includes numerous new works, including ‘Bear and Boy’ and ‘Rescue,’ both mixed media, and fifteen new Soundsuits.”

The CTA has added seventy unarmed security guards in recent months, “according to the agency—but riders and even some of the guards question if the strategy is making public transportation safer,” reports Block Club Chicago.

“The Illinois Biometric Information Privacy Act, passed in 2008, is among the strictest such laws in the U.S. Last year, Facebook received approval for a landmark $650 million class-action settlement in an Illinois biometric privacy case over its facial tagging feature,” reports the Trib. “Payments for 1.6 million Illinois Facebook users who filed claims… should expect to see checks of almost $400 in the mail starting next month.” New today: “If a final order is approved in the case, Illinois residents who appeared in a photograph in Google Photos between May 1, 2015, and the date of the settlement’s preliminary approval would be eligible to take part in the deal. While the amount of the payments will depend on how many people file claims, attorneys estimate each class member will receive between $200 and $400.” Notifications to class members are to be sent by email or U.S. mail no later than May 27.

“An alderman and a community organizer want to rename the Division Street Blue Line station to honor the area’s history as the one-time center of Polish life in Chicago,” reports Block Club Chicago. “A proposal from Ald. Brian Hopkins would rename the station ‘Division/Polish Triangle,’ which would appear on signs outside the station and on CTA maps across the city.”

“Mayor Lori Lightfoot’s controversial free gas and public transit card giveaway narrowly passed the City Council after aldermen debated whether the measure will truly help struggling residents or simply be a political ‘gimmick,'” reports the Tribune. “The plan to hand out 50,000 gas cards, worth $150 each, and 100,000 Chicago Transit Authority fare cards, $50 each, passed 26-23 despite reservations from several aldermen that it was a political stunt and would be largely ineffective. Lightfoot’s program, dubbed ‘Chicago Moves,’ followed mayoral candidate Willie Wilson’s self-funded $2.2 million gas giveaways to drivers who camped out at gas stations.” Adds WGN-TV: “One large tweak to the plan was lowering a family of four’s income to be eligible to under $100,000 and focusing more than 75% of the funds to people in the city who need it the most—on the South and West sides.”

The Trib’s Louisa Chu has been nominated for the Craig Claiborne Distinguished Restaurant Review Award, given by the James Beard Foundation. The pieces that got the nod: “Constant Evolution”; “Restaurant Debuts As One Of The Best in the Midwest”; and “Pizzas Out of this World.” The winners will be announced at the Media Awards ceremony on the campus of Columbia College Chicago on Saturday, June 11, hosted by journalist, author and host of HBO Max’s “Take Out,” Lisa Ling.

The Day’s CTA Crimes Include Assault On “Wild Travels” Host

Chicago police are investigating two separate violent attacks on the North Side Red line, reports the Trib, including a stabbing during an armed robbery. “CBS Chicago reported that the man who was punched was actor Will Clinger—the former host of… ‘Wild Chicago’ and the current host of ‘Wild Travels.’ CBS reported that Clinger [was] in intensive care [with brain bleed and contusion] after being attacked. He told the news station that he never saw it coming.” Clinger told CBS, “There must have been a second guy next to the other door who got out and waylaid me with a pipe or something as I was chasing, because all I remember is running and suddenly falling—and I don’t even remember hitting the pavement.”

The American Writers Museum has announced its packed day of programming for the first American Writers Festival on Sunday, May 15 at the Chicago Cultural Center and American Writers Museum. The free, one-day event will coincide with the museum’s fifth anniversary and will feature more than seventy contemporary authors, poets and playwrights celebrating the written word. The complete schedule is here.

Robert Feder weighs in on the state of the Reader: “Leonard C. Goodman finally ended a monthslong hissy fit over a column he wrote questioning whether children should be vaccinated for COVID-19… It was a road the Chicago attorney made infinitely rockier through petulance and vanity when he conflated legitimate editorial oversight into a phony crusade about free speech rights and censorship.” Goodman is “likely to be remembered for bringing the Reader to the brink of extinction before a protest staged outside his home and mounting pressure forced him to concede. That puts him in league with Joe Ricketts, Sam Zell, Michael Ferro and Conrad Black—rich men who seemed to know or care little about journalism but fancied themselves media moguls.”

Conducted by music director Stilian Kirov, Illinois Philharmonic Orchestra lowers the curtain on its forty-fourth season with “Scheherazade” at the 1,100 seat Ozinga Chapel at Trinity Christian College in Palos Heights. The concert features pianist Alexander Toradze performing Sergei Prokofiev’s “Piano Concerto No. 3,” the world premiere of IPO composer-in-residence Martha Horst’s “Reverberations,” and Nikolai Rimsky-Korsakov’s “Scheherazade.” “After a long career punctuated by performing with nearly every major orchestra in the United States, IPO is so very excited to have Georgian pianist Alexander Toradze perform Prokofiev on our stage,” IPO executive director Christina Salerno, the Illinois Council of Orchestras’ 2022 Executive Director says in a release. The event is  Saturday, May 14. Tickets range from $10-$67 and are available here.

Bloomington, Indiana’s newest arts organization, Constellation Stage & Screen, announced its new name, identity, and first theatrical season at The Big Bang. Drawing inspiration from the origin of storytelling, Constellation’s name focuses on connecting audiences to world-class film and theater. With a nod to the Indiana state flag, the name also evokes a sense of state pride, while pulling in a sense of grandeur and possibilities. The organization’s new logo, created by graphic designers from SideKick Creative, was inspired by star-filled Midwest skies and the aurora borealis. In addition to the organization’s new name, Constellation announced its inaugural theatrical season, consisting of eight shows, including new plays, established and literary classics, a Family Holiday Musical, and Constellation for Kids series. More here.

Tickets for the Chicago world-premiere production of “The Devil Wears Prada, The Musical” are on sale. The pre-Broadway world premiere is slated to run July 19-August 21 at the James M. Nederlander Theatre. The adaptation stars Tony Award-winner Beth Leavel as Miranda Priestly and Taylor Iman Jones as Andy Sachs, with music by Elton John, lyrics by singer-songwriter Shaina Taub and book by Kate Wetherhead, choreography by James Alsop and direction by Anna D. Shapiro. Tickets here.

Musical “Life After” At Goodman Gets Cast

Goodman Theatre has announced casting for “Life After,” the new musical by writer-lyricist composer Britta Johnson, to be directed by Annie Tippe. Leading the cast of nine is Samantha Williams as teenaged Alice—a young woman who, in search of facts, uncovers a more complicated truth as she pieces together events of the fateful night that changed her family forever. The Chicago-premiere production also features Paul Alexander Nolan, Lucy Panush, Bryonha Marie Parham, Jen Sese, Skyler Volpe, Chelsea Williams, Lauryn Hobbs and Ashley Pérez Flanagan. The production features choreography by Ann Yee and music supervision, arrangements and orchestrations by Lynne Shankel. “Life After” will run June 11–July 17. Tickets are here.