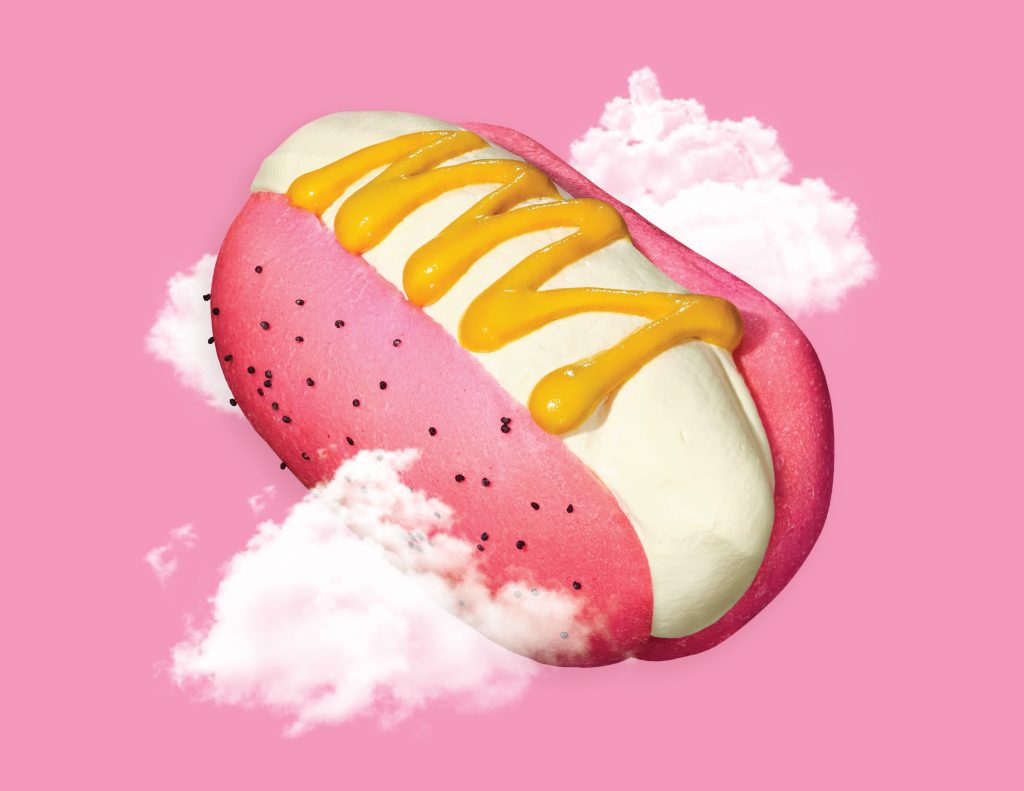 “The ‘My Chi My Future’ app puts activities at teens’ fingertips, the city said. Teens can download the app and find available activities and summer jobs based on their location or zip code,” reports WGN-TV. “Chicago’s first lady Amy Eshleman announced the city is investing $65 million into summer jobs and ‘My Chi My Future’ programs and events. Teens who download it will be entered into a drawing to win Lollapalooza tickets… ‘Too often you are portrayed as something that you’re not. You are portrayed as less and dangerous and without any direction. We all know that’s not true. And this is an important opportunity for us to say, ‘Here’s who our young people are in this city.'”

Many Public Pools May Not Open This Summer

The Architect’s Newspaper provides an extensive, detailed account of where the earliest projects stand today: “After decades of disinvestment instilled a sense of distrust, these neighborhoods don’t just need new developments—they need the city to lead reparative processes. Following philosopher Olúfémi Táíwò’s work on spatial reparations, this means that agencies shouldn’t only redress past harms and negligence with new buildings but should build justice into the built environment itself. This can be accomplished by providing communities with greater control over the development process for these sites and allowing communities to decide the extent of engagement required.”

Ten Thousand Truck Drivers Taken Off Road For Cannabis Use

“Marijuana violations have taken over 10,000 truck drivers off the road this year, adding more supply chain disruptions,” reports Stacker. “In late 2021, the American Trucking Associations reported that the driver shortage had risen to an all-time high of 80,000, partly due to the aging population and shrinking wages… Truck drivers are being tested more and the consequences for drug-related violations have increased.”

Chicago hosts the 2022 James Beard Awards Saturday, June 11 through Monday, June 13. The group relays, “The James Beard Awards, considered to be among the nation’s most prestigious honors, recognize exceptional talent in the culinary and food media industries, as well as a demonstrated commitment to racial and gender equity, community, sustainability and a culture where all can thrive. For the first time, Chicago will host all ceremonies, including the Restaurant and Chef Awards, Leadership Awards, and the Media Awards (Book, Broadcast Media, and Journalism Awards). James Beard Awards co-hosts Choose Chicago and Illinois Restaurant Association champion the city’s vibrant hospitality community throughout the year, but this weekend provides a proud moment. Public celebrations include a wide array of events, including cross-country restaurant collaborations, education sessions, special menus and backyard BBQs.” More here.

“Maillard Tavern, the burger joint that Piccolo Sogno co-owners Tony Priolo and Ciro Longobardo opened in 2017, will be closing” Saturday, May 28, reports Eater Chicago. “Since the pandemic, Maillard Tavern has not done well,” Priolo tells Eater. “I can’t do it anymore.” During the first years of the pandemic “the restaurant has failed to turn a profit.” The restaurant has contended “with the rising cost of both ingredients (particularly beef) and everything related to the delivery operation, from containers to gasoline. Maillard Tavern was also one of the first restaurants in Chicago to sue its insurance company for failing to pay for business-related losses due to COVID-19.”

Black And Latino-Owned Coffee Shops On The Rise

Chicago’s coffee scene has had “an emergence of Black and Latino owned coffee shops. The rise of these local coffee shops comes from people seeking collaborative spaces in their communities,” writes the Chicago Reporter. “‘We said, why not have a space dedicated to co-working but also facilitates with high-speed internet and a space for people to meet?’ says Nikki Bravo, co-founder of Momentum Coffee.”

Museum Of Ice Cream Will Open In July

Museum of Ice Cream opens its Chicago outpost Saturday, July 16, in the former Chicago Tribune building on Michigan Avenue; limited tickets for the grand opening are available here. “Learn about the history of ice cream in a journey sprinkled with fun facts and unique interactive installations designed specifically for Chicago. Look forward to cone-necting with loved ones in the city’s only dessert-themed indoor carnival, complete with a cookie carousel and funhouse mirror maze. Recline like an ice cream angel and float away in a sea of pink clouds in the balloon room–and celebrate the iconic Chicago (jelly) bean in another. You can also challenge and throw virtual cherries at each other in our new interactive game. Imagination is the currency of choice, and there’s no safer place to let your inner child spend it! Expect a variety of classic and novel flavors across five free-flow dessert stations, including uniquely Chicagoan ice cream, hot dogs and shaved ice,” relays MOIC. “Guests with dietary restrictions are still in for an easy-freezy day, as each station offers vegan and allergen-free alternatives.” Regular general admission tickets start from $36 on weekdays and $44 on weekends here.

“To be clear: There is no Bob at Bob’s Pizza. The chef’s name is Matt Wilde. And he never intended to make ‘Pilsen-style pizza,'” reports Eater Chicago. “It was just that, back in 2019, he found himself running a pizza restaurant that happened to be in Pilsen. Neither ‘Matt’s Pizza’ nor ‘Matt Wilde-style pizza’ sounded as good.” With a fourth location, “Pilsen-style pizza has become its calling card. A Pilsen-style pizza has triangular slices. Its crust is somewhere between New York and Neapolitan, crisp on the outside and airy in the middle and fortified by a cold ferment period of three or four days, aided by Old Style beer. There is a single modest layer of cheese, a custom blend of Swiss, Parmesan and mozzarella… If Bob’s had opened in, say, Bronzeville or Sauganash, it would have been Bronzeville- or Sauganash-style pizza instead.”

“WGN-AM 720 celebrates its hundredth anniversary, still going strong as the ‘Voice of Chicago’ after a century of broadcasting that spans the dawn of radio to the digital age, using a format that has essentially remained unchanged,” writes Robert Channick in a history of the station at the Trib. “’There’s a number of stations out there that are celebrating hundred-year anniversaries around this time, but in terms of stations that have remained the same kind of programming style for a century, that is kind of rare,’ said Dave Marzullo, 52, head of digital operations for WGN Radio and the station’s unofficial historian.”

“Dan Roan was on the air by February 1984 and stuck around long enough to report on championship seasons for the Bears, Bulls, Blackhawks, White Sox, Cubs, Fire and Sky over thirty-eight years at the station. His long run comes to an end May 26, when Roan delivers his final sportscast before heading off to retirement,” reports Paul Sullivan at the Trib. “I’m 69 and just thought it was time to do it,” Roan tells Sullivan. “We have three grandkids, and two live five blocks away now. And you don’t want to get home after midnight every night, which I do with the late show.”

“The proud Chicago native draws connections between the street level and the sublime… the concrete and spiritual in his hometown… in his album, ‘Drill Music in Zion,'” dropping June 24, according to his label’s release. “Twisting and contorting the English language to fit the meter and his every whim, Lupe Fiasco uses his superb lyrical skill to process the changing world in which he lives. The product of a burst of thoughtful spontaneity, Lupe created the new album over a short period, diving into a folder of beats sent by his longtime producer Soundtrakk and emerging with a fully-realized album in just three days. ‘Soundtrakk is the swordmaker, I’m the samurai,’ says Lupe. ‘He’s the mechanic, and I’m the driver.'” The single “Autoboto” is here. Pre-orders here.

“A feud has erupted in R. Kelly’s federal criminal case in Chicago, where lawyers for one of the singer’s co-defendants accused his lawyer of ‘making reckless accusations’ in a bid to sever the co-defendant from Kelly’s trial—and perhaps delay it,” reports the Sun-Times.

Mayor Lightfoot’s plan to create an “’outdoor entertainment venue liquor license’ in time for live music this summer at the Morton Salt Shed cleared a key hurdle, amid concern that it would pave the way for more of the same at Lincoln Yards and the River West site of a Chicago casino,” reports Fran Spielman at the Sun-Times. “The City Council’s License Committee advanced the mayor’s plan 13-2, over strenuous objections from neighboring Ald. Michele Smith (43rd), downtown Ald. Brendan Reilly (42nd), and Friends of the Chicago River… Smith argued the planned development of the Morton Salt facility never contemplated an outdoor music venue, let alone an arena with 3,000 seats located just 125 feet from residential buildings… ‘I am very concerned that this will bring a level of, once again, downtown-centered, white-people-oriented kinds of entertainment that will really hurt smaller venues and other large venues that intend to compete.'”

“To bolster equitable workforce recovery for those struggling to gain meaningful employment, Governor JB Pritzker and the Illinois Department of Commerce and Economic Opportunity have announced $20 million in workforce training investments through the Job Training and Economic Development Program,” the state relays in a release. “As part of Illinois’ workforce recovery efforts funded through the American Rescue Plan Act, the grants for 44 community-based organizations will serve more than 2,500 individuals, with a special training focus on industries hardest-hit by the pandemic.”

“The Big Bounce America is crisscrossing the country with its 16,000-square-foot world record-setting bounce house, along with three other massive inflatables, and the Chicago area gets its turn to jump in July,” reports WGN-TV. “Tickets are on sale for then July 22-24 event at Busse Forest Park in Elk Grove Village. Prices vary based on the day and session, but every ticket includes a dedicated time slot for the World’s Largest Bounce House and up to three hours of unlimited jumping on all other features.”

As Cook County pledges lottery revenues to provide a modest basic income to a few thousand people in the city, The Chronicle Of Philanthropy reflects on the growing trend. “Charitable efforts that give cash directly to people in need so they can do whatever they want with the money are sweeping across the United States, fueled by infusions of donations from foundations and individuals and growing evidence that the approach is more effective than traditional social-service programs. Nonprofits that give people cash instead of offering them services was ‘one of the most significant changes in giving norms during the pandemic,’ according to Benjamin Soskis, a researcher at the Urban Institute… Research by Soskis found two key advantages of giving cash over long-standing charity approaches: The money reached people fast, which was especially important in the pandemic, and it had no strings attached so it provided flexibility. ‘One lesson you could very clearly take away is that cash was a very powerful tool in helping people in desperate need and that it also has a powerful message about trusting those that you want to help.'”

“The decision by the UK government to review ‘arm’s-length bodies’ such as Arts Council England and Historic England, assessing whether they should be ‘abolished or retained,’ has sparked concerns in the culture sector,” reports the Art Newspaper. “Jacob Rees-Mogg, the minister for Brexit Opportunities and Government Efficiency, says in an online statement that the new Public Bodies Review Programme ensures ‘the best possible outcomes for the citizen [evaluating] whether [a body] should continue to deliver all of its functions.'”