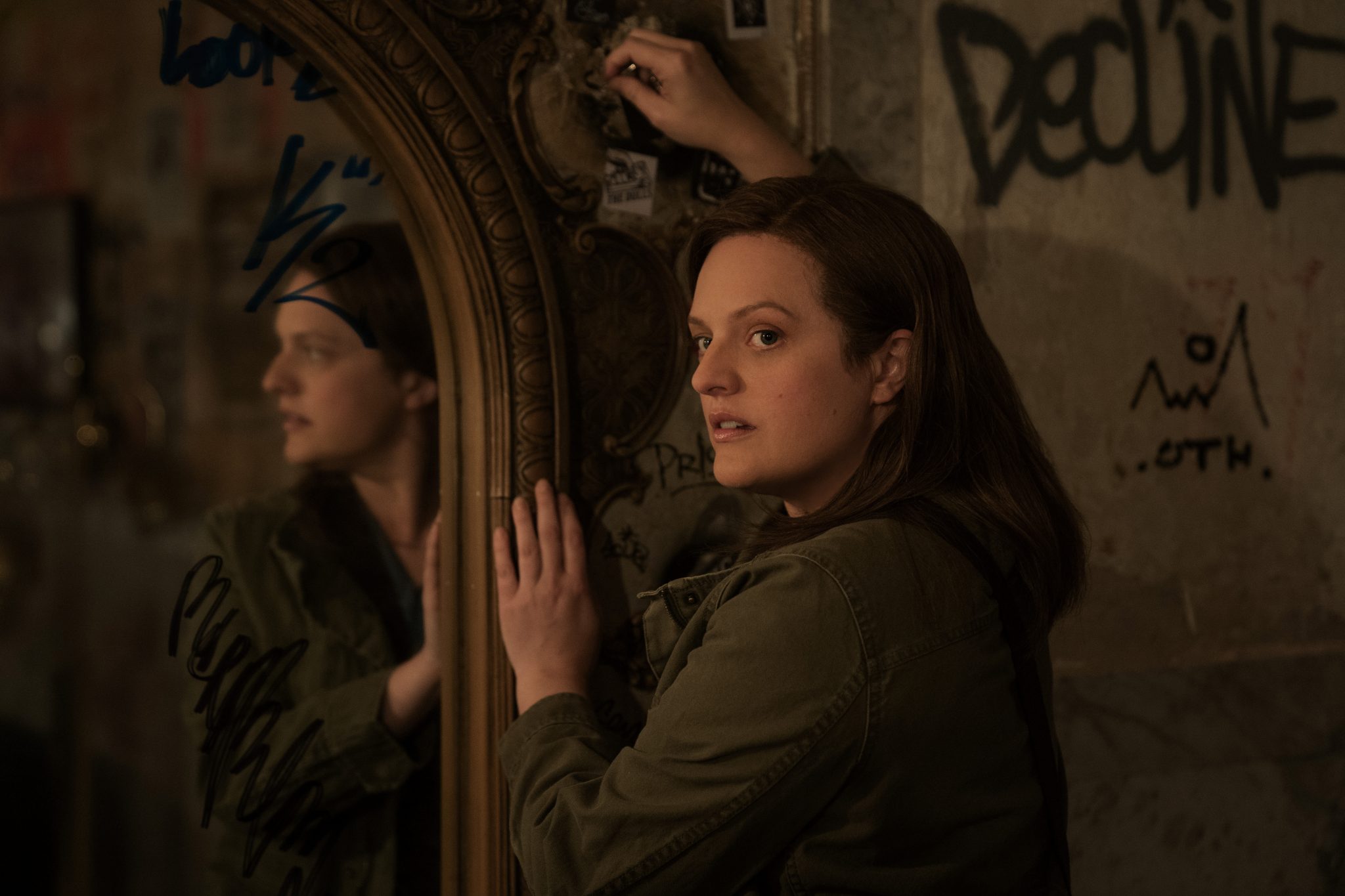 “Longtime Pilsen residents create a housing cooperative to help immigrant families and artists remain in the neighborhood amid gentrification,” reports the Trib in an extensive photo essay.

“The buyer of the 130-year-old Epworth Church sought a demolition permit for a condo development. Those plans have changed after Ald. Harry Osterman endorsed landmark status for the church,” reports Block Club Chicago.

New York now has more Airbnb listings than apartments for rent, reports Curbed. “Ever since Airbnb came on the scene in 2008, there have been concerns that the short-term-rental company would deplete the housing stock by sucking up available rooms, causing prices to rise in cities like New York and San Francisco, where there were already severe housing shortages. The absolute number of available apartments and houses on the site peaked before the pandemic and has since dropped back… But there’s a difference now: There are just so few apartments to be had that Airbnbs make up the majority of the city’s available rentals.”

Lincoln Park Projects For The Very Wealthy On The Rise

“Whatever else is happening in the city or with its housing market, demand powers onward in the city’s wealthy districts,” reports David Roeder at the Sun-Times. “It’s easy to forget about Lincoln Park, a condensed, vertical version of a North Shore suburb. Compared with the latest development hot spots, Lincoln Park has fewer opportunities for new construction. But two new projects show investors will pounce when a buildable site becomes available.”

At the Trib, Lisa Shames profiles purveyor Four Star Mushrooms. Joe Weber, founder and CEO of the indoor mushroom farm, has, for the past two-and-a-half years, supplied “high-quality fungi including lion’s mane, blue oyster, black pearl, pioppino and chestnut, grown under rigorously monitored systems without the use of pesticides or fertilizers, to some of the city’s most ingredient-driven restaurants—think Alinea, Smyth, Oriole and vegan spot Fancy Plants Cafe — as well as retailers Local Foods and WhatsGood Farm Shop. With the mid-June opening of a 11,000-square-foot state-of-the-art production facility in the West Loop’s Kinzie Corridor that will include grow rooms, a dry lab, cold storage, a retail storefront, a dining concept, and a commercial kitchen and wet lab for research and development, Weber will spend even more time focused on fungi.”

“Though an ambitious plan to expand the brewery into a sprawling campus has tapped the brakes, Three Floyds has still grown significantly, including launching a new brewery in 2019 for its canned beers. Production has nearly quadrupled in the last decade, from 27,600 barrels of production in 2012 to 106,638 barrels in 2021,” reports Josh Noel at the Trib. “Three Floyds has quietly transformed from scrappy underdog to joining Goose Island and Lagunitas as the largest breweries in the Chicago area. It’s the nation’s twenty-fourth-largest craft brewery… up from forty-fifth in 2018. But ten years later, after all that growth, the question is this: How’s the beer? Is Three Floyds still the same Three Floyds, even as its beer has migrated from lurking in the storeroom to tall stacks at liquor stores and the aisles of Costco?”

“The vertical neon Dinkel’s sign was listed on an auction website with a starting bid of $5,000,” reports Block Club Chicago. “The famous bakery closed April 30 after more than 100 years in business.”

Starbucks will close its 130 stores that are owned and operated by a Kuwait-based franchise operator “and no longer have a brand presence in Russia,” reports WGN-TV. “Starbucks said it will continue to pay its nearly 2,000 Russian employees for six months and help them [make a] transition to new jobs. Starbucks’ move follows McDonald’s exit from the Russian market last week.”

“A Pilsen bookstore is pledging to be a ‘police-free store’ after a police officer said she was denied service there last week,” reports Block Club Chicago. “The bookstore’s owners released a statement on social media in response to the incident, saying ownership wants to keep the store a welcoming and safe for vulnerable people and free of police.”

The Lakeview Roscoe Village Chamber of Commerce has announced PorchFest, its annual event featuring forty local musicians performing across fifteen front porches within the Lakeview and Roscoe Village neighborhoods. Register for PorchFest Lakeview to be emailed an event guide with the porch locations and showtimes the Friday before the program. Eventbrite link here.

“Mayor Lightfoot’s executive order turning back the clock and age of Chicago’s seldom-enforced curfew law—from 11pm to 10pm for minors younger than 18 instead of under 17—will not have the weight of law behind it. At least not for a few days,” reports Fran Spielman at the Sun-Times.

Beaches Are Ready To Open, But There Aren’t Enough Lifeguards

“The union campaign at Starbucks has organized [about] eighty stores around the country in a matter of months, winning the vast majority of elections that have been held so far. CEO Howard Schultz and his team have managed to defeat the campaign at only a handful of stores where workers voted against a union,” reports Huffington Post. “An official with the National Labor Relations Board has requested that Starbucks be ordered to bargain with the union, Workers United, at a store in the Buffalo area where the union lost an election… The official argues that Starbucks tainted the process with illegal tactics and that holding a do-over election won’t cut it: The company should have to recognize the union and negotiate.”

The Christian Science Monitor reports on the nationwide youthquake in labor organizing: “In the past sixteen months, union organizing efforts have sprung up around the country like sparks on a dry prairie of worker discontent. The surge in union activity includes workers at some of America’s best-known companies, including Amazon, Starbucks, and Alphabet (parent of Google). Two weeks ago, a group of current and former Apple workers, calling themselves Apple Together, sent an open letter urging the company to drop its new policy requiring employees to work at the office three days a week.” “Against all odds, Amazon workers in New York organized a successful union against one of the biggest companies in the world. Here’s how,” reports In These Times.

“More than a hundred cameras and plate readers would be placed in communities around UChicago’s Hyde Park campus if the funds are approved by City Council,” reports Block Club. “UChicago would provide the money through a private grant [which] would be routed to the Office of Public Safety Administration—the administrative agency for the police, fire and emergency management departments—if the ordinance passes City Council.”

At the Trib, Andy Shaw op-eds for more foot patrols, offering a lengthy personal anecdote about the military on the streets of Cartagena, Colombia: “Soldiers, heavily armed but unobtrusive, strolled the beaches, and equally discreet police officers walked the streets—all of them friendly and personable but deadly serious. So the month we spent there was magic, and the reassuring security presence was a big part of it.” In Chicago, writes the retired journalist, “Dozens of cops could be walking beats and talking to people along the main streets in all the hotspots where there’s been the most trouble in recent years: North Avenue and Wells Street in Old Town; Rush, Walton and Oak streets in the Gold Coast; State, Hubbard and Kinzie streets in River North; and along Michigan and Wabash avenues from Oak Street to the Art Institute. Walk-throughs along Navy Pier, the beaches and the parks—especially Millennium and Grant—also make sense.”

“The state held lotteries last summer to award marijuana retail store licenses to ‘social equity applicants,’ business owners from communities or families hurt by the war on drugs,” reports the Trib. “But a judge froze the program after several losing applicants sued, leaving winning applicants in limbo as the rest of the marijuana industry took off. A judge recently authorized the state to hold a corrective lottery for the applicants that filed lawsuits. ‘It’s just been disappointing to sit on the sidelines and watch the current operators make hundreds of millions of dollars,’ said Ambrose Jackson, a former hospital administrator who won one of the social equity licenses before the program was frozen.”

Hemp and regenerative farming, of cannabis and other crops, can help in the fight against climate change by sequestering carbon and remediating our soil, writes Mary Carreon at Riverfront Times. “Growing cannabis can remediate the Earth and aid in the fight against climate change if done properly. Regenerative farming, for example, is a system of agriculture practices that involves working with plants to utilize photosynthesis and maintain ‘living soil.’ Plants draw carbon out of the atmosphere and store it in healthy soil—grazed and naturally fertilized by animals—where it transforms into stable carbon… Using the regenerative agriculture model to grow cannabis is how the plant is supposed to be cultivated: connected to the Earth via living soil and surrounded by an orchestra of biodiversity.”