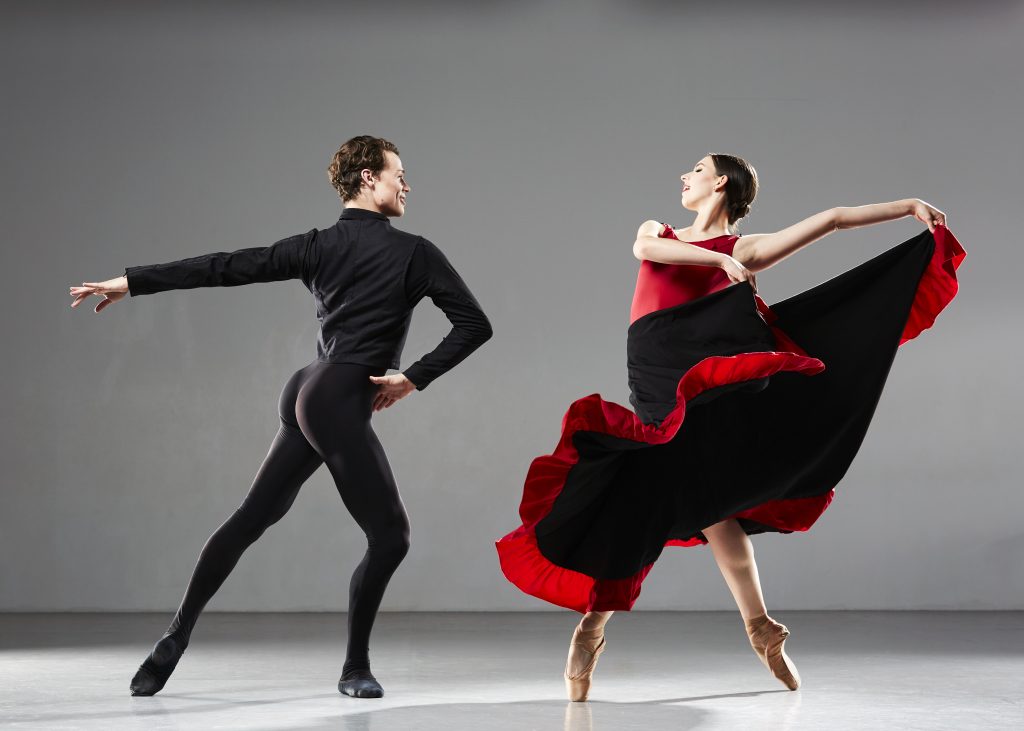 “When Blackstone bought Willis Tower for $1.3 billion in 2015, the iconic structure inspired more awe than affection,” reports the Trib. “It was an engineering marvel, but it was monolithic, with granite everywhere, so it left a lot to be desired,” David Moore, senior vice president of EQ Office, a firm wholly owned by Blackstone, tells the paper. “Company officials say a five-year makeover is complete, and a ceremonial ribbon-cutting on Tuesday will celebrate the transformation of the 110-story building, once the world’s tallest, into what they call a group of neighborhoods, open to workers, nearby residents and the many tourists flocking to its famous observation deck.”

“City Council is considering Mayor Lori Lightfoot’s proposal to move the city curfew for juveniles from 11pm to 10pm in an effort to stem violence,” writes Axios Chicago. “One small problem: Curfews don’t actually work… According to The Marshall Project, curfews in cities with populations over 180,000 people are ineffective. In fact, data suggests they make violence worse and can damage already strained relationships between police and youth of color. One theory is that empty streets invite more crime.” (The Marshall Project 2018 report, “The Curfew Myth,” is here.)

Eater Chicago marks its reopening day. “The critically praised and publicly adored Korean restaurant from the wife-and-husband team of Beverly Kim and Johnny Clark, reopens its dining room for the first time since it closed for the pandemic in March 2020. The restaurant was open for takeout, but last year Kim and Clark decided to close altogether for some much-needed renovations.”

“Walmart is ‘reviewing’ its decision to release Juneteenth-themed ice cream following backlash from customers and social-media users,” reports WGN-TV. “Walmart’s ‘Celebration Edition Juneteenth™ Ice Cream’ [attracted] attention on Twitter… with users calling out Walmart for allegedly trying to capitalize on the holiday.” The product label “featured a pair of hands high-fiving while another holds up a peace sign.”

The Orange Garden Chinese restaurant on Irving Park Road may live on, reports Louisa Chu in a history of the restaurant at the Trib. “’I don’t want to sell,’ said owner Hui Ruan. He spoke in Cantonese, seated in a booth at the historic dining room in the North Center neighborhood. ‘I’m seventy-two-years-old this year. Before, I didn’t want to work anymore, because of my age, and because I’m tired. But now my kids say they really like this restaurant, so I can’t bear to sell it.'” But his children don’t want the work. “‘I could take over, or my sister, or the both of us,’ said son Ben Ruan. ‘But the thing is, for my dad to mentally get away from Orange Garden, we need to have closure. Because if our family owns it, he’ll still think about coming to work, and then worry.'” So a sale is possible. “I want someone to take over who will care about this restaurant and keep this place as it is,” Julie Ruan told Chu. “Or make it even better if they can.”

“Cousins Chimoun Chlimon and Anthony Jarta are applying for a liquor license to reopen My Place, the popular dive bar at 2212 West Touhy that closed in 2017 after forty-six years,” reports Block Club. “The wood-paneled bar was opened in May 1971 by Bob Padgett. After Padgett died, his children ran the bar… keeping much of the place looking and operating as it did for decades… The business partners are requesting the city overturn a liquor moratorium on Touhy Avenue.”

Ald. Michael Scott Jr. (24th) will quit City Council after seven years to join Cinespace Chicago, reports Block Club Chicago. “Scott will be the movie studio’s Director of Industry and Community Relations. Cinespace is one of the biggest companies in North Lawndale, Scott’s home neighborhood… Scott will lead the studio’s early education programs, job training initiatives and other projects meant to benefit the community. The move comes about seven months after Scott criticized Cinespace for failing to give residents enough notice about filming on their blocks. The new role will focus on bringing ‘meaningful impact to our community,’ the alderman said.”

“Studies show reading plays an important role in reducing recidivism, but rules vary widely from state to state,” reports NBC News. “The situation has so frustrated one prisoner in Pennsylvania that he has filed more than 300 grievances on the topic in the past year. Another inmate, recently released from a Washington state prison, said the bans are arbitrary and hurt incarcerated people’s chances for a successful future outside prison… Prisons have long banned books that officials consider dangerous or inappropriate, but rules on what books cannot be sent to prisoners can be inconsistent… ‘I Am Not Your Negro’ by James Baldwin is banned in Kansas prisons for ‘racism/inciting’ but is allowed in California. A children’s drawing book depicting Indigenous art is on the banned list in Florida but is OK in Oregon.”

“Karen Hawkins, co-publisher and editor-in-chief of the Chicago Reader, is leaving to become story editor with The 19th*, an independent, national nonprofit newsroom reporting on the intersection of gender, politics, and policy,” the Reader announces. “Hawkins started at the Reader in October 2018, when she joined incoming publisher Tracy Baim to help turn around the struggling, legendary alternative newspaper. The two had worked together more than 20 years prior at Windy City Times. After starting as the Reader’s first-ever digital managing editor, she moved up to co-editor-in-chief in 2019 and then added the title of co-publisher in 2020… Reader culture editor Salem Collo-Julin will be promoted to managing editor and other editorial changes will be announced soon.”

“Congress wrote a pandemic relief law that excluded Live Nation and companies like it. But the Small Business Administration gave nearly $19 million to Live Nation subsidiaries or companies in which it has a significant investment,” the Washington Post writes in an investigative report. “Congress was wary of allowing grants to publicly traded companies such as Live Nation, worrying that the funds could be used to bail out stock market investors… Live Nation Entertainment—the corporate parent of Ticketmaster and a dominant force in the entertainment industry—urged Democrats and Republicans in Congress to let it be directly eligible for the $15 billion emergency relief program… Lawmakers wrote the law to exclude public companies, as well as firms they own or control… ‘When we wrote this, we specifically didn’t want these publicly traded companies—Live Nation foremost among them—to get their hands on this money,’ Rep. Peter Welch (D-VT), a key co-sponsor of the relief legislation told the paper. ‘I did not want Live Nation getting a nickel.’”

Variety excerpts: “The report notes that the grants do not appear to have violated the law or any rules set by the SBA [but] ‘The revelation demonstrates how a large company with stakes in hundreds of smaller businesses could, while following the rules, reap a benefit that some legislators didn’t want. And it shows that how agencies implement a law can be just as important as the way it is written by Congress.'”

Is This The End Of The Middle-Class Musician?

Jazz critic and music historian Ted Gioia writes at his Substack: “It’s easy to become a starving artist in the digital economy. And a few make enormous sums. But the more modest goal of living a middle-class lifestyle is harder to achieve than you might think. A survey of more than one thousand visual artists found that the median income was below $30,000—that’s roughly half the typical household earnings in the United States… Sixty-three percent of respondents had art degrees, but on a scale of 1-to-10, they rated their education at only a 5 in preparing them for a financially stable career… Their arts degree was more likely to put them below the poverty line than in the middle class… Here’s the most revealing part of the survey: twenty-nine percent of respondents relied on family financial support or an inheritance to pay the bills. Many needed to take on other work—in fact, only ten percent devoted forty hours per week or more to their art. This is the real bottom line: Creative pursuits are increasingly turning into playgrounds for those with family money—typically from parents or a partner/spouse who works.”

The Community Programs Accelerator at the University of Chicago announced that Deeply Rooted Dance Theater is one of two organizations joining the Accelerator’s 2022-2023 group of nonprofits. The organization will receive $50,000 in grant funding along with customized support for up to three years. “Launched in 2014, the Accelerator, an initiative of the University’s Office of Civic Engagement, aims to equip both established and emerging community-based nonprofits and leaders with tools and resources to fulfill their unique missions,” Deeply Rooted relays in a release. “The program has helped develop and strengthen the capacity of more than 175 South Side community-focused nonprofit organizations to date.” The Accelerator will also provide support for the Black Dance Legacy Project, of which Deeply Rooted is a founding partner. The project was launched in 2019 in partnership with UChicago’s Reva and David Logan Center for the Arts, the Joyce Foundation, and the Doris Duke Charitable Foundation to create a community of artists and give historically underfunded companies operational and financial support to help them reach wider audiences and safeguard their futures.

‘This is a very critical two years for Deeply Rooted. If all goes well, we will have the grand opening for our South Side Center for Black Dance and Creative Communities in the spring of 2024,” Deeply Rooted Creative Director Kevin Iega Jeff says in the release. “And to have somebody holding our hand through the constructing of the building, the visioning of its operations, and the understanding and dissecting of plans to raise funds so it can flourish into the future—man, it’s the best thing in the world to know we’ve got this partnership.” The University welcomed a total of fifteen new South Side nonprofit organizations into the Accelerator, bringing the total number of organizations to be served in the coming year to thirty-two.

“A hundred years ago on Broadway, there were 270 openings each year; there were ninety theaters. Now there are thirty-five theaters and thirty-five openings,” veteran producer Emanuel Azenberg tells TEDx Broadway (via New York Theater). “When ‘A Chorus Line’ opened, the top ticket price was $15. That’s not a joke. And now it’s $250 to $500. We’ve chased away an audience… The theater owners hate the unions, the unions hate the producers and the producers hate the theater owner. None of them get their way and they all take it out on the customer… Here is a list of people who started in the theater, started on Broadway, and left. Some came back on occasion. Marlon Brando, Paul Newman, Meryl Streep, Dustin Hoffman, Bobby Duvall, Peter O’Toole, Albert Finney, Barbra Streisand, Gene Hackman, Julie Harris, Annette Bening, Alan Bates, Robert Redford… You want any more? What happened? We lost them… The theater has to be the queen of the arts. It has to mean something. The plays have to be meaningful and it has to be an honor to be there. That existed for many years. We have to get back to that. Broadway has become a theme park because we charge so much money; the shows should be in Orlando.”

“For nearly a month, Planned Parenthood of Illinois has offered Mifepristone to patients both in and out of state through telehealth counseling and mail services,” reports the Sun-Times. “Under PPIL’s new program, patients go through a series of telehealth screening questions that determine their eligibility to waive an ultrasound or other testing before receiving the medication. The program is also available to those who live out-of-state, though patients would need to be within the borders of Illinois for a telehealth appointment and pick up the medication from an Illinois address. The telehealth appointment includes education and medical screening with a clinician.” The Tribune adds: “If federal abortion rights are overturned, Planned Parenthood of Illinois has estimated that an additional 20,000 to 30,000 out-of-state patients will be traveling here to terminate a pregnancy each year.”