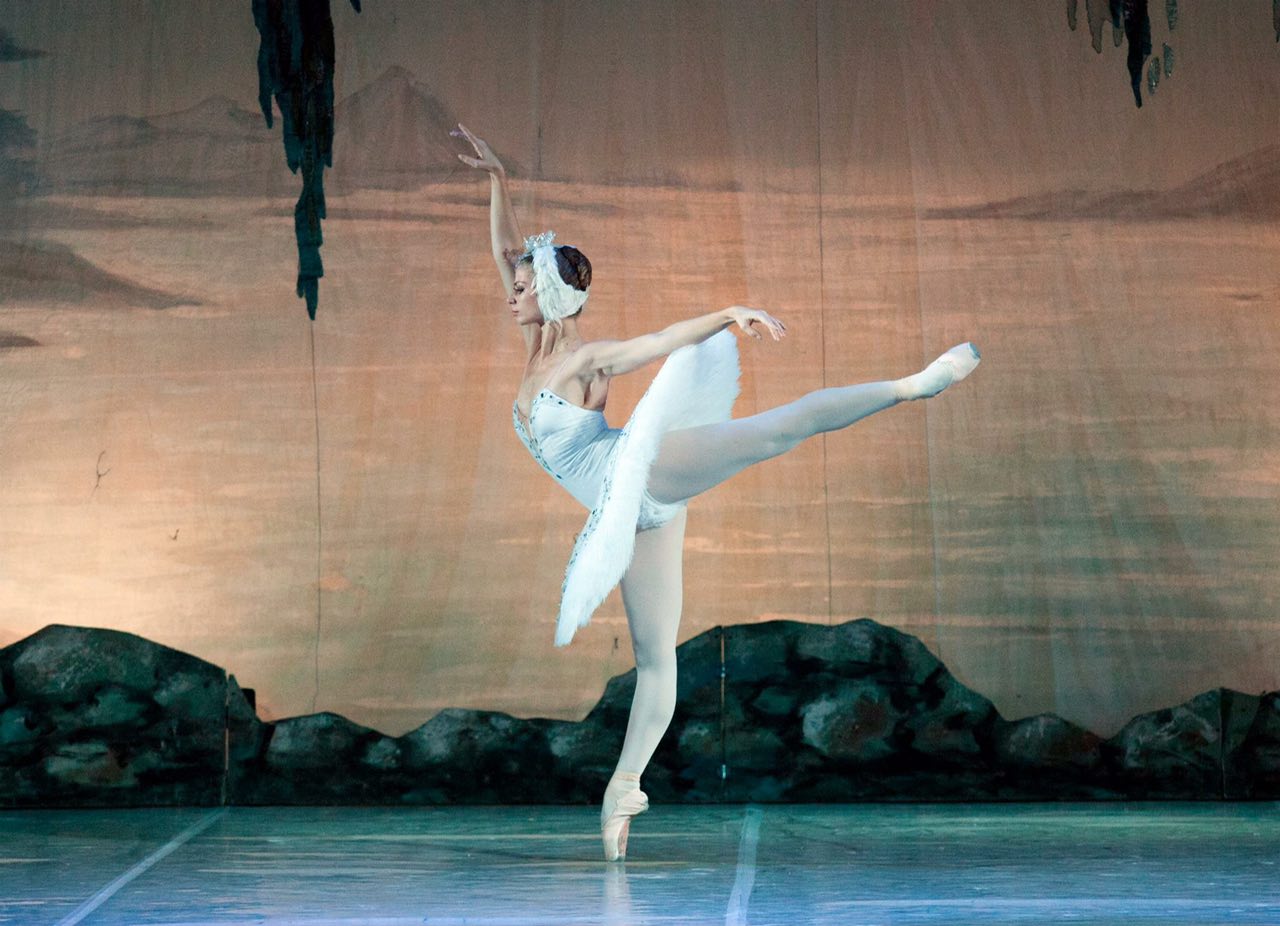 Caterpillar Inc. will move its global headquarters from Deerfield to an existing office in Irving, Texas, reports the Trib. “We believe it’s in the best strategic interest of the company to make this move, which supports Caterpillar’s strategy for profitable growth as we help our customers build a better, more sustainable world,” Caterpillar chairman and CEO Jim Umpleby said in a statement.

“When Meta, the social media giant formerly known as Facebook, hosted the grand opening for its Fulton Market headquarters last week, it was a celebration delayed more than two years by the pandemic,” reports Robert Channick at the Trib. “Despite welcoming hundreds of cheering employees with free pie, confetti bursts and a rousing performance by the Chicago Bucket Boys, the celebration, which also marked Meta’s 15th anniversary in Chicago, was muted by a hybrid return to office that could make the expansive new workplace a monument to the past.”

“Almost 300 designs were submitted from students at forty high schools throughout the county, and an appointed flag advisory panel narrowed the selection to six flags in March,” reports the Sun-Times of Cook County’s new flag. “The ‘Freedom’ flag—created by student Jaime Joshua Fregoso, of Ray Graham Training Center High School in Chicago, with help from mentor Martinez E-B, an adjunct professor with Harper College’s Art Department—shows a large ‘C’ wrapped around a yellow circle. A large white border is at the top of the flag with different shades of blue and green.  The white stands for transparency; blue for the Lake and river; green for nature and parks; and yellow for the sun and peace. It aims to provide an uplifting and vibrant feeling.”

Only one Chicagoan won an award at Monday night’s gala James Beard awards, reports Eater Chicago. “Erick Williams, chef and owner of the Southern restaurant Virtue in Hyde Park, took home the medal in the Chicago-heavy category of Best Chef: Great Lakes.” Said Williams: “I’m very thankful to my ancestors who worked tirelessly to create opportunities of equity and inclusion way before that was a trending topic… I didn’t get here of myself or by myself. I got here by way of my community, by way of my culture, by way of my family, and by way of the many trailblazers that were discarded and were discounted. That allowed me to have a path and recipes and ingenuity and the confidence to produce food day in and day out that feeds the mind, heart, spirit and soul.” The Sun-Times: “Considered to be the Oscars of the culinary industry, the coveted awards each year honor the nation’s best chefs, restaurants, restaurateurs, mixologists, bakers, cookbook authors [and] food writers… Though Chicago had nominees in six categories, on this night, only one local recipient would be named. Chicago chefs took four of five nominations in the category of best chef Great Lakes region.”

The summary from “50 Best” opens with New York City’s Attaboy, followed by Mexico City’s Handshake Speakeasy and Licorería Limantour, then New York City’s Katana Kitten. Kumiko is the only Chicago entrant, at number five. “Infused with owner Julia Momosé’s signature elegance and razor-sharp attention to detail, Kumiko is a sophisticated cocktail bar that blends Japanese and American cocktail influences with style and finesse. The minimal interiors are softened by light wood and exposed brick, punctuated with thoughtful details like the occasional flower arrangement, helping Kumiko serve as a quiet and upscale respite from the bustle of Chicago’s West Loop bar scene.”

Entertainment industry figures are petitioning “for better on-screen portrayals of gun violence,” reports Yahoo! Finance. The petition, “Open Letter to Our Colleagues in the Creative Community,” calls on the series and film industry “to reevaluate its influence on gun violence in the United States.” From the petition: “Considering there have been over 250 other mass shootings so far this year, it’s an almost incomprehensible tragedy. Something needs to be done… Guns are prominently featured in TV and movies in every corner of the globe, but only America has a gun violence epidemic. The responsibility lies with lax gun laws supported by those politicians more afraid of losing power than saving lives. We didn’t cause the problem, but we want to help fix it… As America’s storytellers, our goal is primarily to entertain, but we also acknowledge that stories have the power to effect change. Cultural attitudes toward smoking, drunk driving, seatbelts, and marriage equality have all evolved due in large part to movies’ and TV’s influence. It’s time to take on gun safety. We are not asking anyone to stop showing guns on screen. We are asking writers, directors and producers to be mindful of on-screen gun violence and model gun safety best practices. Let’s use our collective power for good.” The complete list of suggestions and list of signers is here.

“From the economic upheaval of the digital age to the rise of political polarization and the pandemic, journalism in America has been in a state of turmoil for decades. In a major new study, Pew Research Center shares journalists’ perspectives about the news industry they work in and their relationship with the public they serve. While journalists recognize the many challenges facing their industry, the Center’s survey of nearly 12,000 working U.S.-based journalists finds that they continue to express a high degree of satisfaction in their jobs: Seven-in-ten journalists say they are very or somewhat satisfied with their job, and seventy-seven percent say they would pursue a career in journalism again. At the same time, when asked to describe their industry in a single word, nearly three-quarters of respondents (seventy-two percent) use a word with negative connotations; the most common are words that relate to ‘struggling’ and ‘chaos.’ The report also identifies several specific areas of concern for journalists, including the future of press freedom, widespread misinformation, and politically like-minded people getting news from the same sources.” The report is here.

Strawdog Theatre Company has announced its thirty-fifth season, “Propellant,” featuring a Chicago premiere, a twist on a comedy classic and the return of a holiday favorite. Strawdog offers free admission to all productions, “guided by the company’s mission toward equity, anti-racism and inclusion,” they announce in a release. “The season kicks off this winter with the return of the annual holiday family favorite ‘Hershel and the Hanukkah Goblins,’ returning for its fifth year. Based on the award-winning book by Eric Kimmel, ‘Hershel’ is adapted by ensemble member Michael Dailey, with music and lyrics by Jacob Combs and direction by Hannah Todd.” More of the season here.

The Bramble Theatre Company has announced plans to build The Bramble Arts Loft on the second floor of the historic Capital Garage building at 5545 North Clark in Andersonville. The venue will feature a 101-seat thrust theatre, a modular 1,200-square-foot black box space and a large lobby with bar. Amenities include Actor’s Equity Association standard dressing rooms, kitchen, laundry and green room. “The intention is that this venue will be home to Bramble Theatre Company and also a gathering space for the Chicago Theatre community, with the possibility of renting to itinerant theatre companies.” Says co-founder Matthew Lunt in a release: “The pandemic has shuttered an untold amount of venues creating a crunch that has yet to be fully understood. Securing not only a space for us but also the arts community at large ensures that the Chicago Theatre world will continue to thrive. The time was not only right for us, but for the city.” More here.

Chicago Police Ramping Up For Pride Parade After Idaho Arrests

“After dozens of neo-Nazis were arrested with riot gear near an Idaho Pride event this weekend, Chicago Police Superintendent David Brown announced Monday that officials have ‘shored up’ intelligence-gathering efforts ahead of the city’s planned festivities as he ‘put those who might be planning something on notice,'” reports NBC Chicago. “Brown said officers on a Joint Terrorism Task Force are working with the FBI and other federal agencies to gather intelligence and monitor for individuals on watchlists ahead of the June 26 Pride Parade, the city’s premier celebration of the LGBTQ+ community.”

“Employees at Amazon facilities around the country whose union hopes were buoyed by the labor victory at a warehouse in Staten Island in April say in labor board filings and interviews that the company has been calling police, firing workers and generally cracking down on labor organizing since that historic win,” reports the Washington Post. “Amazon has been accused of illegally firing workers in Chicago, New York and Ohio, calling the police on workers in Kentucky and New York, and retaliating against workers in New York and Pennsylvania, in what workers say is an escalation of long-running union-busting activities by the company. It’s a sign that, even as lawmakers demand Amazon drop its objections to the union win in Staten Island… the nation’s second-largest private employer will continue to put up fierce opposition to any wave of union momentum.”

“The union federation’s new organizing plan aims low. Very low,” reports Hamilton Nolan at In These Times. “The single best measurement of the strength of labor unions is union density—the percentage of the total workforce that is unionized. Nothing makes the crushing decline of unions in America more intelligible than the fact that at their height in the mid-twentieth century, one in three workers was a union member, and today, scarcely one in ten is. All of the downstream damages to the working class—lower relative wages, higher economic inequality, less political power—flow from this decline. We know, therefore, that increasing union density is the labor movement’s most pressing task. Thus, the AFL-CIO—America’s largest union coalition, representing the vast majority of our nation’s union members—unveiled, at its convention in Philadelphia, with much fanfare, a brand new formal goal: to see to it that union density keeps declining for the next decade.”