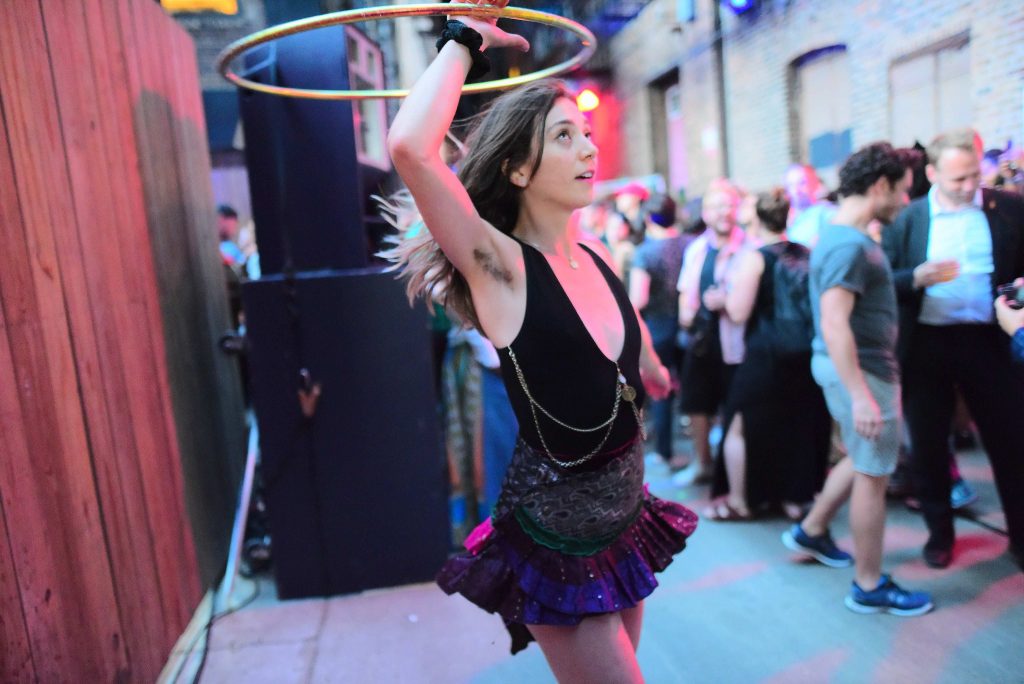 The Detroit Institute of Arts has named Dr. Jennifer Snyder the museum’s first chief digital officer, reports ArtDaily. “Snyder is currently director of digital experience at SFMOMA, where she is responsible for all non-art digital platforms and online content strategy, including in-gallery digital applications, interactives, SFMOMA.org, social media and email. She previously served as director of interactive media at the Art Institute of Chicago where she built multiple award-winning digital applications, produced dozens of films and developed a narrative-driven website. Snyder will set the strategic direction for digital design, user experiences, digital production and publishing, information technology and digital processes within DIA to maximize the museum’s assets and platforms. This inaugural position oversees and guides the implementation of a digital strategy and the associated processes, systems, and technologies to connect the DIA’s collection, information, assets and programming with new and existing audiences locally, nationally and internationally.”

DraftKings offers images of the inside of the betting rooms opening in 2023.

Some Beaches To Close, Half Of Pools Slated To Open

Block Club Chicago has an ongoing list of pools (thirty-seven of them as of today) and beaches that will open to the public.

AIA Chicago has announced a new-format public event and jury for annual awards given to Chicago architects with a “People’s Choice” vote, presented in partnership with the Chicago Architecture Center. “AIA Chicago has restructured its annual design awards and chosen a venue that is more inclusive and equitable for the entire Chicago architectural community,” AIA Chicago’s executive director Jen Masengarb says in a release. “We’re also inviting the public to share in the excitement as we launch the new People’s Choice Award—a natural for a city that has architecture in its DNA.” Finalists for juried awards and the People’s Choice Awards will be announced in August along with information on how the public will vote for the People’s Choice Awards.

In his newsletter, The Hunger, longtime Chicago food writer Michael Nagrant announces his return to restaurant reviews. While a subscriber-driven publication, this first one’s on the house, covering Obelix and much more.

Kiplinger brings the business to Music Box Theatre senior operations manager Buck LePard. “We were very fortunate when we shut down that we had been coming off of a few really great years,” LePard says of the pandemic and lockdown. “We had a nice little piggybank of income stored away. A lot of it had been earmarked for other projects at the theater, like restorations, but we were able to pull from that… Right now, masks are encouraged but not required. Our employees are currently all still masking, and all are vaccinated. Business is feeling very back to normal. We slowly started increasing capacity once vaccinations were widely available, and we’re back to full capacity.”

Streetwise announces a cover price of $3, with a seventy-five-cent raise for vendors, from $1.10 to $1.85 per issue sold.

A former Chicagoist senior editor, who goes as “Tankb0y” on Twitter, has been checking in on the MIA status of the Chicagoist website. (The Chicagoist Twitter feed ended in November 2017.)

Only Nine American Newspapers Sell More Than 100,000 Copies A Day

The Chicago Reader Union offers heads-up on Twitter: “The Reader is now a nonprofit, out from under the thumb of any ownership. It’s been seven months since we ran this column, and we’re finally able to add a publisher’s note to acknowledge the problems with it. It’s not the note we wanted, but it’s at least a gesture in the direction of the accountability our audience deserves. The Reader’s publisher and attorneys weren’t comfortable with the note the editorial union wrote. We appreciate their willingness to add any note at all, but we’re disappointed that they chose not to be more direct and explicit… Why say anything at all, given that the publisher, the board, and the RICJ’s lawyers were all pushing back? Because leaving this column unmodified on our site could continue to give unsuspecting readers the impression that we endorse it. We can’t be OK with that.” The note, now at the top of Goodman’s November 24, 2021 column, in its entirety: “Publisher’s note, June 27, 2022: Because the below column deals with a public health issue, we realize it should have been more rigorously edited by the Reader before publication. We apologize that it was not. We encourage readers interested in the topic of COVID-19 treatment and vaccinations to use these links to current information and guidance: on ivermectin, on vaccines and children’s immune development, and on COVID-19 vaccines for children.”

Goose Island has partnered with Michelle Zauner of Japanese Breakfast on the 2022 Pitchfork Festival collaboration beer, Be Sweet Lager. Be Sweet is a light, crisp, fruity lager with a touch of persimmons, exclusively this year at Pitchfork Fest. Zauner says, “Persimmons have been the main visual motif for our record ‘Jubilee,’ so it felt fitting to incorporate the fruit in our Goose Island brew at Pitchfork Music Festival. I am excited to finally share the collaboration at the festival this year.” “A portion of proceeds will benefit Heart of Dinner, an organization that combats food insecurity and isolation within New York City’s elderly Asian American community by delivering care packages of hot lunches and fresh produce, lovingly paired with a handwritten and illustrated letter in their native language to bring warmth and comfort.”

The Joffrey Ballet presents the world premiere of “Rita Finds Home,” a family-friendly program and collaborative project between the Joffrey and Miami City Ballet, which will debut at the Navy Pier Lake Stage, July 9–10. “Rita Finds Home” is authored by a women-led creative team including Amy Hall Garner, a featured choreographer of the Joffrey’s Winning Works Choreographic Competition in 2011; Karla Estela Rivera, the Chicago-based author and executive director of Free Street Theater; as well as award-winning children’s book author Elisa Chavarri, and will be danced by the Joffrey Studio Company and Academy Trainees of the Joffrey Academy of Dance. “Rita Finds Home” is free and travels from Navy Pier on July 9-10 to parks throughout Chicago from July 14-17 as part of the Chicago Park District Night Out in the Parks series across the city. “Rita Finds Home,” a forty-five-minute production, follows Rita, “a young artist who paints and dreams of one day living in the big city despite the lush tropical island on which she lives. When a hurricane thrusts Rita and her mother into a new life in an urban metropolis, she struggles to adapt to her new environment. Rita’s spirits lift as she explores the beauty of her new city, igniting a new sense of home, and the realization that her talents never left her.” Venues, schedule and more here.

Chicago Shakespeare In The Parks Returns

Shakespeare takes to the parks for the eleventh year: Chicago Shakespeare in the Parks joins with arts partners from across the city to present “ShakesFest: A Chicago Shakespeare Community Cabaret,” with free pop-up performances in neighborhood parks this summer. “Performers, musicians, and dancers take center stage in this exuberant musical revue of songs riffing on familiar (and not-so-familiar) lines from Shakespeare! From pop to musicals, hip hop, and the blues, Shakespeare’s words find joyful new life in unexpected ways.” More here.

Refracted Theatre Company, Chicago’s newest theater company, has announced its official launch event, The Refracted Salon, on Thursday, July 14, 6:30pm-9:30pm at Guild Row, 3130 North Rockwell. Hosted by artistic directors Graham Miller and Tova Wolff, The Refracted Salon is an opportunity to meet the new company leadership and become a part of the Refracted Family. “The is a one-night event inspired by the salons of eighteenth-century France, where intellectuals would discuss revolutionary ideas of the day. The Refracted Salon flips these stodgy, uptight, French historical events into a killer evening that promises a panoply of stellar performances, rowdy debate, food, beverage and delightful debauchery.” The event is free with reservations here.

“Madison Square Garden is banning lawyers involved in litigation over the merger of its entertainment group and networks from attending events at MSG until the suits are over, according to letters sent to at least two involved firms last week,” writes the New York Post. “MSG says the ‘New York Rule of Professional Conduct’ prohibits contact between the plaintiff shareholders’ lawyers and its employees under the circumstances. The ban also extends to other MSG venues—Radio City Music Hall, the Beacon Theater, the Hulu Theater at MSG and The Chicago Theater.”

Chicago Loop Alliance and the Chicago Loop Alliance Foundation’s ACTIVATE invites guests “to dream in color” tomorrow night. “A special one-night only spectacular, inspired by the return of a vibrant Loop and filled with notions from your wildest imagination. ‘ACTIVATE’ is a celebration of local arts and culture that brings life to unexpected spaces in the Loop.” The event returns after taking 2020 and 2021 off. “Launched by Chicago Loop Alliance in 2014, these free events give the public a chance to interact with local art, music, and performance and take part in transforming urban environments. This year’s artists and events include A Queer Pride, hip-hop violinist Windy Indie, Paint the City and Opera-Matic. Free. Thursday, June 30, 5pm-10pm at the intersection of West Quincy and South LaSalle. More here.

Yippie Fest will return August 19-21 for its sixth annual “happening,” presenting theater, performance, music and short films at the Den Theatre, 1331 North Milwaukee. Yippie Fest began in 2017 as an event inspired by the “Abbie Hoffman Died for Our Sins Festival” (1989-2016). Yippie Fest 2022 comes together for the first time since the pre-pandemic 2019 fest, and kept the Fest alive by broadcasting the 2020 and 2021 festivals online. Music acts will kick off the fest on Friday, August 19, with performance, theater and other non-music acts on August 20 and 21. More here.

“Some of the nation’s biggest retailers are rationing over-the-counter emergency contraceptive pills as demand spikes,” reports the Wall Street Journal. CVS and Walmart “were limiting purchases of the pills, which were in short supply or out of stock Monday morning on major retailer websites. CVS was limiting purchases to three. Walmart had some pills available without limits, but only in cases where they wouldn’t ship until next month. Pills available this week were limited to four or six.”

The First Division Museum at Cantigny Park in Wheaton is hosting “Panel 44: Eight Days in March,” a traveling exhibit that commemorates the fortieth anniversary of the Vietnam Veterans Memorial. The exhibit, which runs until August 13, contains the original Panel 44 produced in 1982 for the Washington, D.C. memorial. It was never placed in the wall due to a fracture in the upper right edge of the black granite. Many years later, the panel was found for sale online. The Vietnam Veterans Memorial Fund contacted the seller and acquired the panel, which was displayed at VVMF’s offices until its removal for this traveling exhibit. The panel features the names of 335 American soldiers who died while serving in Vietnam between March 9-16, 1968. Museum details here. More on the exhibit here.