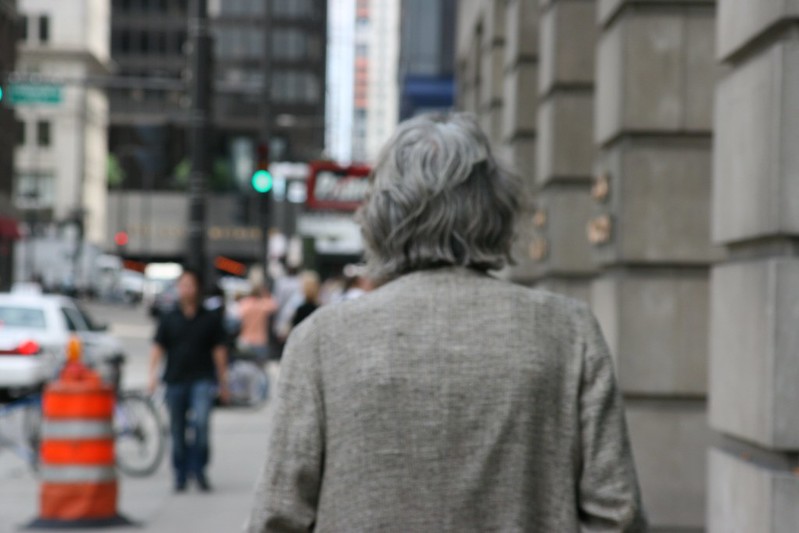 Smart Museum Of Art Closes For Summer For Renovations

The Smart Museum of Art will close for planned renovations to its study room and other facilities this summer through September 21, the museum relays in a release. “The gallery-adjacent study room will receive its first major update since the space opened in 1999. The study room renovation, which is supported through capital project funds from the University of Chicago, will expand and enhance this critical site of access to the Smart Museum’s collection for use in research and teaching. The renovation will nearly double the study room’s current footprint, to more than 700 square feet. Improvements to lighting, furnishing, and art display infrastructure will offer faculty partners new and more flexible options to teach from curated selections of artworks, chosen in collaboration with the Feitler Center for Academic Inquiry. The renovated space will also allow a greater range of configurations to encourage individual reflection or group discussion. These changes will allow works of different media, from prints to hanging scrolls to sculpture, to be brought together in the study room.” More here.

“Village documents obtained by the Tribune show the highest levels of the team’s administration, including Chairman George McCaskey, have been involved in meetings to make the purchase and subsequent construction of a new football stadium happen. The documents showed that the team deposited $125,000 with the village for studies of the stadium proposal, and they also included a former baseball executive’s proposal to add a minor league baseball complex to the site,” reports the Tribune.

Protected Bike Lanes To Get Concrete Barriers By End Of 2023

“Demolition has begun for 1150 W. Lake Street in Fulton Market District, where LG Development Group has planned for a major mixed-use development,” reports YIMBY Chicago. “Straddling the CTA’s elevated tracks, the two-tower scheme includes an eighteen-story building at the northern end replacing, as well as a twenty-nine-story building at the southern end… The taller tower will replace multiple single-story masonry buildings.”

Chef and Chicago Underground Film Festival co-founder Jay Bliznick’s dream, Sideshow Gelato, is targeted to open in Lincoln Square this spring, reports Mitch Dudek at the Sun-Times. Magician Penn Jillette is an investor. “The shop will employ aspiring magicians, jugglers, ventriloquists and other performers as scoopers who—when not slinging frozen desserts—will perform on a nearby stage. A professional performer will be on staff to act as a mentor. It will also feature a dime museum fashioned after P.T. Barnum’s famous exhibition of sideshow acts and oddities (think mummified mermaid)… ‘We’ll have great gelato, first and foremost, but also it will be an incredible bang for your buck for families. Get a scoop and enjoy a free magic show. Look around, see incredible things, learn a little bit of sideshow history, including where Chicago fits in.'”

Maple & Ash Investors File Suit Against Owners Suing Each Other

Nine outside investors in Maple & Ash are suing co-founders David Pisor and Jim Lasky, who are suing each other, writes Crain’s. The investors say the money they put into Maple & Ash was diverted to other restaurants the duo own.

“Today partners at the 5964 North Ridge Starbucks began their strike over unfair treatment at their store,” tweeted Starbucks Workers United over the weekend. “Workers there have been raising the alarm about understaffing for about three months,” reports the Trib. Individual baristas are “doing the work of two or three workers [and] missing breaks and clocking out late, are not able to stay on top of sanitary requirements and are unable to ‘give that Starbucks experience to customers that we signed up for.'”

Humboldt Park bookshop and gallery Space Oddities will close on Sunday, July 24. “These walls have been a refuge for me, and I hope you’ve felt that way, too. I think that opening a bookstore, or any shop that sells books, is an act of being in dialogue with the world,” the shop writes in its newsletter. “Books bring you well beyond the borders of time, culture, and country. It is important to have brick and mortar stores in our community, they are places of discovery and meeting houses for all types of thought… Throwing open the door on a warm-weather day and welcoming the world into the shop is such a pleasure after the long winter… With the help of our strong community, we survived 2020 to make it to 2021, our best year on record. We had no intention of leaving, but the person who bought our building in December 2021 (at the height of the market bubble) bought the building with the intention of starting his own small business in our storefront. We are being forced out of our space. It has been eight years and eight months… of working with artists, writers and open-minded customers in Humboldt Park…We are not entirely sure of what comes next… We have many events to share with you in July, and we’re planning a big party for the end of the month… As they say, life is always full of surprises.” Site here.

“The luckiest people are those who get to do what they love for a living — and decide when it’s time to stop. I’m one of them. After forty-two years of reporting on Chicago media, I’m stepping away from the beat. My website at RobertFeder.com will continue online, but effective today, I’m concluding the run of my daily column and wrapping up my tenure with the Daily Herald,” signs off Robert Feder. “I am pleased that the archive of my columns will continue to be accessible through the Daily Herald’s website. I’m not retiring and I’m not going away. You can still follow me on Twitter and Facebook, where I’ll keep you posted on what I’m up to and perhaps break some news from time to time.”

“As strange as it sounds to say in 2022, print is still the main money maker for the largest newsrooms in almost every city and town in the United States,” reports NiemanLab.

“On Monday, June 27, WBEZ published a story about Chicago speed cameras, originally titled ‘Chicago’s speed cameras yield more tickets and controversy–but city drivers aren’t slowing down,'” the public radio station posts in a lengthy correction. “The article reported extensively on the costs of tickets imposed on car owners, highlighting the increase in ticketing since the city imposed a stricter speeding threshold… The story also stated that the camera system has ‘little safety benefit’–an assertion that we later determined lacked sufficient evidence. As such, WBEZ posted a correction on the story… that included a link to a recent study from the University of Illinois Chicago associating speed cameras with a fifteen percent reduction in traffic fatalities and severe injuries… In short, responsibility for the mistakes that led to the correction ultimately rests with the story editors.” City government reporter Mariah Woelfel adds on Twitter: “I nor my editors on the City Hall beat had anything to do with pitching, reporting, writing, editing or reviewing this story or correction.”

“Dennis Cahill started out playing guitar in rock groups and wedding bands. But he achieved worldwide fame as a master of traditional Irish music, headlining at festivals and concert halls around the world,” writes Maureen O’Donnell at the Sun-Times. “He grew up on the South Side at 80th Street and Marshfield Avenue in Gresham and graduated from Little Flower High School. His parents Anna and Dennis Cahill were from an Irish-language stronghold—the fishing village of Ballydavid on the Dingle peninsula in County Kerry… ‘One classical music professor, who knew Dennis was gigging in a variety of styles of music during his time at school, asked: “What do you expect to do with that music?”‘ accordionist Jimmy Keane said. ‘Dennis responded: “Make a fuckin’ living!”‘”

R. Kelly Chicago Trial Could Shift Based On Sentence

Chicago’s Walking Man, Joseph Kromelis, “has started to rebound from injuries he received when he was set on fire in May while sleeping on the street,” reports the Trib. He “has a long road to recovery after suffering life-threatening injuries last month when he was severely burned while sleeping near Trump Tower,” writes the Sun-Times. “When people survive these burn injuries, unlike a lot of other traumatic injuries, burn injuries take a distinctly long and arduous process to treat and recover from,” Dr. Joshua Carson, director of Loyola Medicine’s Burn Center, who is not involved in Kromelis’ care, told the paper.

Workers Near Strike At Bally’s In Rhode Island

The Chicago casino licensee could see a strike in Rhode Island, reports the Sun-Times, providing a peek at how it may treat unions in this city. “Bally’s, which won its bid for a Chicago casino in large measure on its backing from organized labor, is facing a possible strike at its casino in Lincoln, Rhode Island.” Hospitality workers “overwhelmingly voted to authorize a strike at Bally’s Twin Rivers Casino outside of Providence. The union had raised the specter of a strike timed for the busy July 4 weekend, but a spokeswoman said Friday it agreed to work at least another two weeks because of progress in bargaining.”