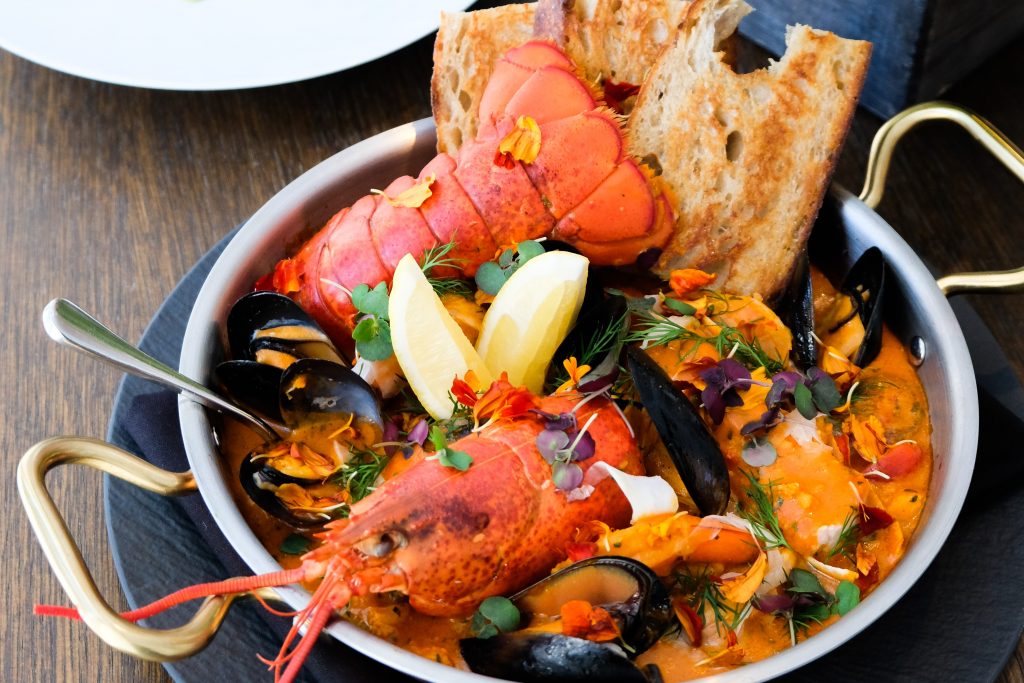 A letter obtained by The Athletic through a public records request indicated that NASCAR will have street-course events on the streets of Chicago. “Chicago is incredibly enthusiastic about the opportunity to serve as host of the 2023, 2024 and 2025 NASCAR Chicago Street Course events, and we stand ready to welcome NASCAR fans to our world class city,” the letter states. “This would be a historic partnership for NASCAR and the city of Chicago, and our department is committed to collaborating and supporting NASCAR to execute the events in a safe and secure manner.” The city records aficionado behind the anonymous Chicago Bars Twitter account does some extended back-of-the-envelope work, estimating over $38 million in economic impact, including: “The downstate NASCAR race in June sold out 57,000 tickets and the Enjoy Illinois-Illinois Office of Tourism that sponsored it estimated a $60,000,000 economic impact… Hospitality industry standard figure 1 hotel room night per attendee. 57k attendees = 57,000 room nights… The industry estimated spend in 2020 for wining and dining and sightseeing by event attendees in Chicago is about $210 PER DAY… Let’s be super fair here (or snobbish) and assume NASCAR fans will spend only $150 per person per day. That’s $25.7M in race related spending… And of course the tickets… Let’s assume Chicago can get at least LA NASCAR prices of $65 per adult. But I’ll knock that down to $50 because there will surely be kids-priced tickets in the mix. So 57,000 tickets at average that’s $2.8 million.” Their final estimate? $38.1 million economic impact “before airport, train, and parking garage use.”

Images Of What A “Reimagined Museum Campus” Could Look Like

“We’ve been plenty concerned about Chicago Vocational, the architecturally important but underutilized Art Deco-Art Moderne-design high school in Avalon Park” at 2100 East 87th, the Sun-Times editorial board weighs in. “The city’s second-largest public school building—only Lane Tech is larger—Chicago Vocational is so underused, officials closed off a nearly block-long wing along Anthony Avenue… There was even talk a few years back of wrecking the Anthony wing… But those fears might be allayed… The Illinois Historic Sites Advisory Council last month voted to recommend the National Park Service list the rambling eighty-one-year-old school on the National Register of Historic Places.”

“Chicago’s summer festivals are seeing fewer restaurants signing up as vendors as staff shortages continue [in] the hospitality industry,” reports Block Club Chicago. Taste of Chicago “slashed fees, ended its longtime ticketing system and is offering stipends to participate in mini-fests to the neighborhoods. At Taste of Randolph, a West Loop street fest, organizers even helped vendors find staff.”

Michigan Avenue brasserie Venteux dishes up iconic seafood for Bastille Day with their Bouillabaisse, based on the traditional Provençal fish stew originating in the port city of Marseille. The stew features “a rich broth piled high with lobster, clams, mussels, white fish, tomatoes and aromatic saffron, available for guests to enjoy during a weekday brunch or evening dinner service. For those looking for a quick pick-me-up, their daytime cafe will serve pillowy madeleines throughout the weekend, perfect as an accompaniment to one of their expertly crafted lattes.” Specials run July 14-16; more here.

“We may pay a fee to utilize third-party apps, but it’s a price worth paying for everything we get in return, especially since it’s money we’d still be paying for these services—just with the added inconvenience of going through multiple platforms or running these services on our own.” Gianluca Pesce, director of marketing and communications for Yolk, makes the case for third-party apps at The Daily Line: “I hope policymakers at the state and city level understand that the restaurant industry and third-party delivery apps need each other in this post pandemic world. The two industries have formed a sort of symbiotic relationship and any new legislation must reflect that.”

The Department of Film, Video, New Media and Animation (FVNMA) at the School of the Art Institute of Chicago (SAIC) invites applications from experimental, narrative filmmakers for a one-year full-time visiting artist position beginning in January of 2023 and ending in December of 2023. The listing is here.

While a director has not been announced, true-to-Chicago-life 1988-set drama “Heist 88” will shoot in Chicago starting in August, reports Screen Magazine. Courtney B. Vance returns to Chicago after his turn in series “61st Street,” working from a script by Chicago native Dwayne Johnson-Cochran. The film follows “archcriminal and master manipulator Armand Moore (played by Vance) who persuaded four young, African-American employees of First National Bank of Chicago to steal $70 million via a sophisticated takedown of the banking wire system.” The result was one of the largest heists in United States history. Johnson-Cochran made his directing debut on the 1999 HBO movie, “Love and Action in Chicago,” which starred Vance.

The Kids Of “The Chi” Grow Tall

“Compared at times to HBO’s ‘The Wire’ for its gritty depiction of Black life, ‘The Chi,’ created by Emmy winner Lena Waithe (‘Master of None’), has become one of [Showtime’s] flagship dramas, attracting a solid viewership captivated by its large ensemble of characters, whose lives are intertwined,” reports the Los Angeles Times. “But as the series moves into its fifth season, which began last month, the youngsters who started as supporting characters have moved closer to center stage, with the drama tracing their growth from boys to men.” (A group interview follows.)

Carmen Giménez will join Minneapolis-based Graywolf Press as executive director and publisher, the press announces. “Giménez is succeeding Fiona McCrae, who retired in June after serving as director and publisher for twenty-eight years. Associate Publisher Katie Dublinski is serving as interim director until August 8. Giménez is a queer Latinx poet and editor, and founder and current publisher of Noemi Press, a nonprofit literary arts organization and publisher based in Blacksburg, Virginia. She has been a professor of English in Virginia Tech’s MFA program in creative writing since 2017.” “I’m thrilled to be joining the team at Graywolf,” Giménez says in a release. “The press has been a vital force in literature and as a mission-driven organization led by the transformative Fiona McCrae. I hope that we will build on that legacy while continuing to evolve, taking risks, engaging directly with the current moment, and serving our local, national, and international community of readers and writers.”

“I had two big career goals: One was to make it forty years on the beat, and the other was to keep working until age sixty-five so I could go on Medicare. I exceeded both. I wrote about the media for forty-two years, and I’m now sixty-six,” now-retired media columnist Robert Feder tells his old friends Eric Zorn and Neil Steinberg over a meal for Zorn’s Picayune Sentinel Substack. “All the businesses I was covering are in decline. The business models are broken for television, radio and newspapers. Everything is changing. And unless I really wanted to redouble my efforts to learn about what’s coming next—to learn all the new players and where things are going—I felt it would be a disservice to continue.. [Longtime Sun-Times columnist Irv] Kupcinet was much more my role model. It was never as important where Kup got his information as was the fact that it was coming from him. When Kup said something was happening, you believed it because you knew that he knew everybody. And I think taking that approach had a lot to do with the longevity of my career.” Adds Steinberg: “What happens now to the media beat in Chicago?” Zorn asked. “Who’s going to follow this stuff?” Much more here.

Can Digital-Only Local News Be Sustained?

“The Baltimore Banner, an online news site that started publishing in recent weeks, is trying to go head to head with the 185-year-old Baltimore Sun. The Banner has hired some of The Sun’s best reporters, building a newsroom of more than forty people,” reports the New York Times. “This wasn’t the original plan of Stewart W. Bainum Jr., the hotel magnate behind The Banner. He tried to buy The Sun last year [as well as participate in a dashed deal for the Chicago Tribune] but lost out to Alden Global Capital, a hedge fund that has become the country’s second-largest newspaper operator. Now he’s competing against them, wary of the plans that Alden, which is known for cutting newsroom costs, has for The Sun… ‘I just think there has to be a way to figure this out,’ says Bainum. The bold entry is a test of whether a subscription model for digital-only local news can be sustainable beyond the initial philanthropic capital, and whether there’s an appetite for a second large news publication in cities where competition used to be commonplace.”

“Nobody doesn’t believe in fair pay. And few would deny that theater employees, like other workers, are too often compensated at rates well below the minimum wage, let alone the living wage, in their communities” writes Jesse Green in the New York Times. “Yet a pervasive story theater people have told themselves forever says that scrounging and sacrificing and ‘paying dues,’ sometimes indefinitely, are part of the identity, even the glamour of the field. Poverty may be seen as a sign that progress, if it comes, has been earned by suffering. A few years ago, a Chicago director told me that a major marker of career progress among her colleagues was when they needed just one day job to support their theater habit, not two.” An artistic director tells him, “We might be able to expand the season in the future… but I don’t think we can ever get back to the size we once were. The cost of paying all these people, doing fewer shows, with more dark time between them, has increased our expenses forty percent and reduced our income. We are making it work, but only with a great deal of subsidy from individual donors. And though the trainees are getting a kind of firsthand knowledge—watching someone in the box office deal with an irate customer or sitting with me as I talk to a playwright—it’s not the same value as actually doing the work.”

After decamping to Florida, Ken Griffin awards a burst of philanthropy, reports the Tribune. “The University of Chicago is the largest beneficiary at $30 million, including a $15 million accelerated payment of a previous commitment. Other large gifts include $25 million to Northwestern Medicine, $20 million to the Field Museum, and $10 million each to the Museum of Science and Industry and the Fourth Presbyterian Church.” Also this week, ProPublica’s Paul Kiel and Mick Dumke calculate the return that Griffin’s $54 million campaign to defeat an Illinois graduated tax netted him: at least $51 million a year over the course of several years.

“Nearly a year after Tina Tchen resigned amid controversy from heading a national charity aimed at fighting sexual harassment, the Obama Foundation announced it has tapped the longtime Chicago attorney to serve in a new leadership role,” reports the Trib. “Tchen will lead the ‘development, implementation, and monitoring of the foundation’s strategy,’ as well as working with alumni from President Barack Obama’s White House and a program that seeks to empower adolescent girls around the world, according to a foundation release.”