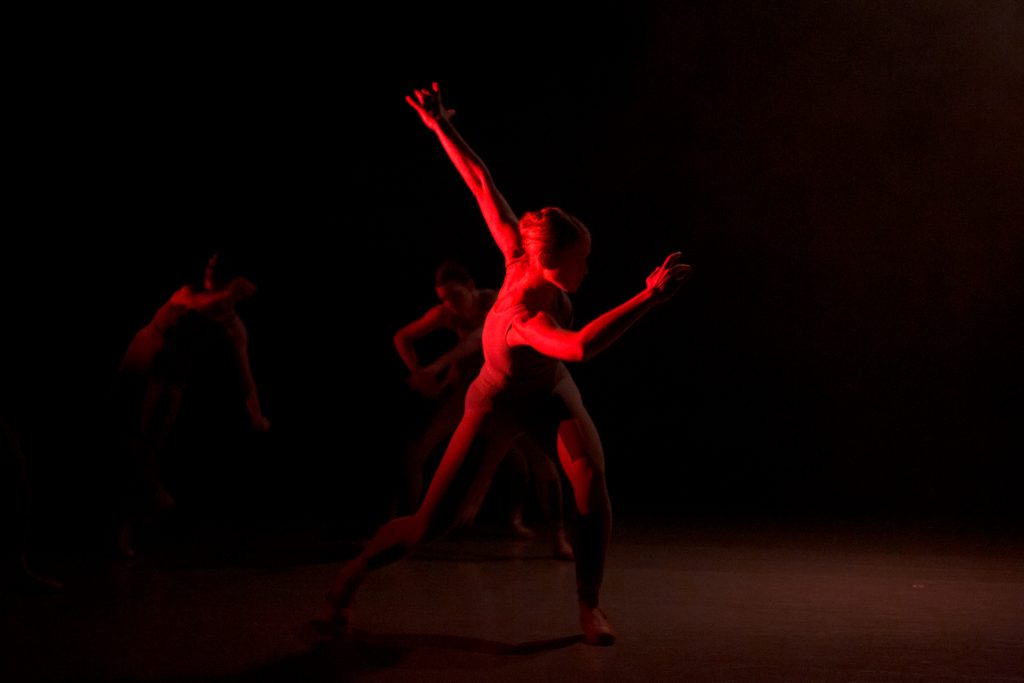 The Museum of Contemporary Art Chicago has announced Anslem Elumogo-Gardner as their first chief of staff, reports ArtDaily. “Elumogo-Gardner, an expert in the nonprofit and philanthropic world, joins MCA Chicago with over ten years of management and business strategy experience… Anslem will serve as a strategic partner to the museum’s director, fostering collaboration across the museum by overseeing cross-functional strategic initiatives and special projects. He will lead project and process management and promote collaborative team integration throughout the museum.”

Installed on Drexel University’s campus in Philadelphia’s University City, Theaster Gates’ newest public sculpture, presented by Philadelphia Contemporary and with the support of the Forman Arts Initiative and Drexel University, “is a contemporary ruin that deconstructs the concept of the monument, particularly those that reinforce systems of subjugation,” GRAY gallery relays. “My monument work, from Black Chapel at Serpentine to the Stony Island Arts Bank and this non-monument in Philadelphia, has me grappling with the best indicators of temporal markers. Monuments spatially and symbolically mark time and help us conjure meaning. Honoring the truths of a people or a moment is necessary soul work for the nation. I’m glad to be part of that,” Gates says. “Comprised of reclaimed stone plinths and granite tiles devoid of a figure, ‘Monument in Waiting’ evokes a dismantled public forum. The work responds to ongoing dialogue about preservation and erasure, collective memory and public scrutiny of historical figures and monuments, particularly those that reinforce systems of oppression. This tribute, like much of Gates’ work, asks viewers to reconsider the ways in which monuments are destroyed, preserved or adapted to enshrine moments and figures in our history.”

“Midtown is losing a much-beloved spot for art and food. After nearly three decades, the Cass Cafe will permanently close,” reports the Detroit Free Press. “Owner Chuck Roy told Crain’s Detroit Business… that ‘a lot of factors’ played into his decision to close the eatery. Roy also owns Michigan Alterations & Construction Services, which will become his focus… [The cafe has] ‘run its course. If it were a successful, booming business, this wouldn’t be done this way. It’s been a struggle, but it’s been a great ride over the last twenty-eight years and seven months.'”

“For nearly sixty years, Mr. Cole, the founder of Shine King, hired hundreds of people, giving first jobs to many and offering opportunities to at-risk kids and former inmates,” reports Maureen O’Donnell at the Sun-Times. “His customers included an up-and-coming politician named Barack Obama, Mayors Harold Washington and Lori Lightfoot, bluesman Little Milton and R&B singer Johnnie Taylor. His business was successful enough to allow him to expand into real estate, roofing and tailoring. Shine King… wasn’t just where people went to look sharp or get their shoes repaired. Mr. Cole’s shops also were places to network, shoot the breeze with friends and have a laugh.”

The Park Hyatt Chicago has completed a $60 million redesign of guest rooms and public spaces. The hotel opened in 1980 as the first Park Hyatt branded property. “Founder Jay Pritzker imagined a one-of-a-kind retreat that embodied understated luxury and served as a home-away-from-home for guests,” the hotel relays in a release. “The reopened property stays true to this original mission, offering highly personalized service, renowned art and design, and exceptional food and wine.” The remake includes 146 guest rooms and thirty-six suites, a new lobby design including updates to The Library, the hotel’s lounge space, a new art program spotlighting Chicago creatives, updates to the hotel’s restaurant NoMI, and enhancements to the spa. Design firm Anderson/Miller Ltd. oversaw the completely reimagined guest rooms, redesigning everything from the fixtures and furniture to wall and floor coverings. Park Hyatt Chicago worked closely with local artists and galleries “to add inclusive and meaningful works to its program… The property teamed up with local, woman-led design firm Sheedy DeLaRosa Interiors to curate art and photography by Chicago-based artists.”

“Who Wants To Sell Malört In Central Illinois?”

Will The Business Lunch Go Out Of Business?

“As remote work persists and business deals are sealed online, many upscale restaurants that catered to the nation’s downtown office crowd are canceling the meal,” reports the New York Times in a lengthy report. “Lunch reservations in the first four months of this year at restaurants with an average check of more than $50 were sharply lower than during the same period in 2019, according to data from the online reservation service OpenTable. They fell in Washington (by thirty-eight percent), New York City (thirty-eight percent), San Diego (forty-two percent), Philadelphia (fifty-four percent) and Chicago (fifty-eight percent).”

Cafe Marie-Jeanne’s former chef, who goes by Bunny and co-owned the cafe with Val Szafranski, is holding a pop-up July 17-18 at the Long Room, reports Eater Chicago. Bunny tells Eater they will cook “the classic CMJ burger and an Italian beef (in both beef and veggie variations). They’ll also serve a clarified milk punch ‘that tastes like the juiciest, sexiest, most neon Creamsicle ever.'”

Michael Shannon’s directorial debut, “Eric Larue,” from a script by Brett Neveu, has moved production from Arkansas  to Wilmington, North Carolina, reports Axios NW Arkansas. “To our knowledge, no other filmmakers with ongoing projects or planned projects have expressed intention to withdraw due to Arkansas’ trigger law,” the Arkansas film commission spokesperson wrote. (“‘Eric Larue’ premiered at Chicago’s A Red Orchid Theatre in 2002, where Shannon was a co-founder, and has directed a re-imagined version of Neveu’s play ‘An Enemy Of The People,'” adds Empire magazine.)

Journalist Andy Truc Nguyen posted on June 29: “After a little more than a year with the company I, and at least seventeen other journalists, have been laid off from Patch. The meeting was scheduled very last minute and we were told economic conditions required a restructuring of the company. Many if not all of us in that meeting had stories in the works and interviews scheduled, now all of that is moot. No word on how our beats will be covered or who will takeover, but a lot of reporters were already stretched thin to begin with.” Meanwhile, Patch has listed positions for “newsletter curators in Buffalo, Chicago, Dallas, Phoenix, Pittsburgh and St. Louis… Are you interested in earning extra cash while providing a valuable resource for your neighbors?” Journalist John Greenfield notes that Patch is publishing “anti-transit articles from the right-wing propaganda organ The Center Square.”

WXRT posts a message from Lin Brehmer: “I have been fighting prostate cancer for several years. I have worked through radiation treatments, biopsies, CT Scans, MRI’s and drug therapies. The cancer was caught early, treated early, but it has spread to places one would rather it did not spread…  I will begin a long period of chemotherapy. It is necessary for me to take a leave of absence from my radio show. I have the full support of my family and friends and WXRT to see me through my medical sabbatical. What can you do? Only this. Afford me the kindness you have always shown me. I will miss spending time with you every day, but hopefully, this too will pass and one day down the road, I will announce brightly on the airwaves of 93XRT, ‘It’s Friday. It’s Great to be Alive.’”

Chicago-based nonprofit arts presenter HotHouse has announced the full schedule for the “Pocket Jazz Festival,” which will play Saturday, July 23, 3-7pm, adjacent to 3947 South Michigan, which the landmark group is in talks to purchase in order to build a brick-and-mortar location for HotHouse. (Lineup here.) This is a live, in-person multi-arts festival that will be streamed internationally on the HotHouseGlobal streaming platform. The Pocket Jazz Festival is produced by HotHouse founder and executive director Marguerite Horberg, sponsored in part by a grant from the City of Chicago Department of Cultural Affairs & Special Events and WDCB Jazz. The event is free and all ages, with registration encouraged here.

“Mélisse Brunet thought she was just picking up a last-minute guest conducting gig in May, when she came to Lexington to lead the Lexington Philharmonic Orchestra’s season finale concert. She was stepping in for the sixth and final candidate for the orchestra’s open music director job, who had to cancel his appearance and withdrew himself from consideration,” reports Kentucky.com. “But Brunet was just coming to conduct, not to audition. ‘They did not consider me as a finalist, and I did not consider myself as a finalist, which is the best story ever, in my life,’ Brunet said… Monday, the Lexington Philharmonic announced that she will be the Philharmonic’s new music director, conducting her first concert in that role October 22.”

“Tom Welsh, who has been at the Cleveland Museum of Art for the past fifteen years, has been named managing director of… Big Ears in Knoxville, Tennessee,” reports Cleveland.com. “At the museum, Welsh booked and produced an acclaimed performing-arts series. Since 2009, he served as the creative architect of the annual Solstice Festival in Cleveland as well as City Stages, an annual, multifaceted summer concert program.”

Artemisia Theatre presents free staged readings at Filament Theater of  “The Flower and The Fury,” a new play about a woman’s right to choose written by Alexa Juanita Jordan and directed by Artemisia founder and artistic director Julie Proudfoot. In the play, “three pregnant women contemplate abortion. While Jessica swiftly and resolutely comes to the decision to terminate her pregnancy alone, Kennedy and Rachel wrestle with their choices in individual yet similar circumstances. Throughout the play, the women’s interactions with each other, their partners, and the nurse at the abortion clinic, greatly affect their decisions and futures. The action takes place during a brief stretch of time before jumping ten years ahead in the last three scenes, showing where the women end up.” The readings are Thursday-Sunday, July 14-17. Each reading will be followed by conversation, with the playwright leading on Thursday and Sunday. Admission is free, with a $1.50 processing fee, here.

The Joseph and Bessie Feinberg Foundation has donated $1 million to the National Public Housing Museum for a groundbreaking exhibit which will tell public housing residents’ stories through everyday objects. Personalized stories to accompany each object will be written by current public housing residents, rather than curators or academics. The exhibit, “Joseph and Bessie Feinberg Foundation: Everyday Objects from Public Housing,” will be at the largest gallery at the museum, which is expected to open in late 2023, and will feature twenty-to-twenty-four objects collected from public housing residents in Chicago, New York, Houston, Los Angeles and a rural community to be named. “Widespread thinking about public housing is often flawed, marred by stereotypes and full of misconceptions and factual inaccuracies. The daily lives of people living in public housing are often overlooked in our society, which tends to either sensationalize misfortune or celebrate exceptional and extraordinary achievement. This exhibit celebrates everyday people and everyday experiences, helping to ensure that never again will a single story be told as if it is the only one,” NPHM Executive Director Lisa Yun Lee, Ph.D., tells UIC. More here.

Chris Pappan will serve as a member of the Illinois State Museum Board, pending confirmation by the Illinois Senate. Pappan is an Osage, Kaw, Cheyenne River Lakota Sioux artist. His art is based on the Plains Native art tradition known as Ledger Art, and he is a nationally recognized painter and artist. Chris’ work is included in collections at numerous institutions, including the Field Museum of Natural History, The Newberry Library, the National Museum of the American Indian, The North American Native Museum (Geneva, Switzerland) and Missoula Art Museum, among others. He recently had a two-year exhibition in “Drawing on Tradition” at the Field Museum and was previously the Director of Operations at Atlas Galleries from 2000-2018.