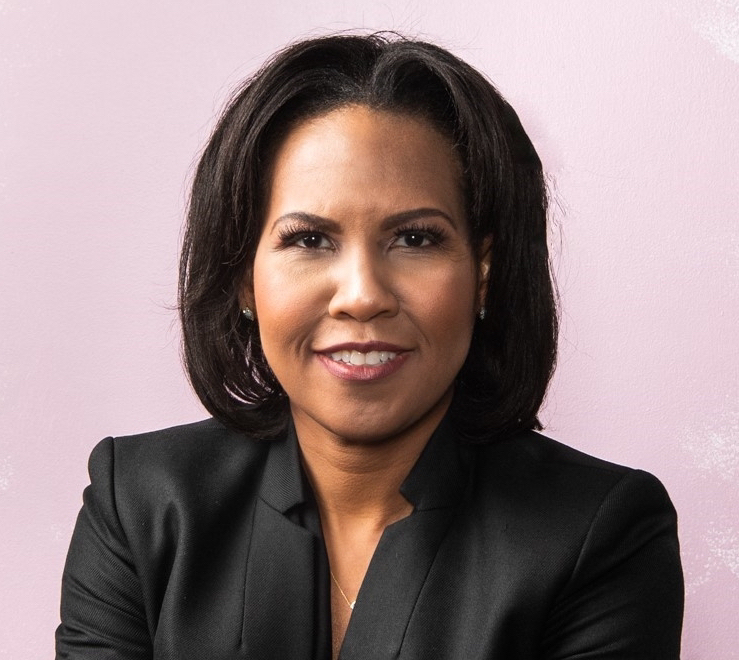 “Adaptive re-use ensures that buildings get future iterations beyond their current use. Google is the first iteration beyond the State of Illinois’ occupation of the building. Once a building proves its usefulness once, it can prove it again and again,” posts architectural historian Elizabeth Blasius. “What do I think about Google as an owner/tenant? It is positive, but far from ideal for a building designed for public use—for the People of Illinois. From my perspective, the ideal JRTC redevelopment would continue to provide a clear public benefit. This would include retaining the public space and keeping the JRTC as a place for expressions of protest and activism… I’d like to know if Google will embrace more than just calling the JRTC a ‘landmark’ during press events. It should be a local Chicago landmark—despite the cities’ avoidance of repeated calls from the public and preservationists to designate it. The state… has not been supportive of efforts to list the JRTC on the National Register of Historic Places. Will Google as a private owner embrace a designation?”

The Sun-Times editorial board: “The sale bodes well for the Thompson Center, but also for a downtown that’s still staggering from the pandemic and needs all the help, energy—and new office workers—it can get.” Preservationist Ward Miller: “Hoping the plans for the reuse of the Thompson Center by Google will be everything we could possibly dream of and hope for, including a Chicago Landmark Designation! Hoping for a true restoration of a remarkable and iconic building by Helmut Jahn. Time for a first-class vision.” At Streetsblog Chicago, John Greenfield considers the fallout for Loop transit: “What’s going to happen to the Thompson Center El station, which provides access to the Blue Line subway, as well as the Loop elevated tracks? Are there any assurances that access will be preserved or, ideally, improved? A CTA spokesperson… directed me to a sentence in the statement from Pritzker’s office: ‘The proposed renovations will not require any shutdown to Chicago Transit Authority operations.'”

In a photo attached to a tweet by Governor Pritzker, he suggests that the Dubuffet sculpture in front of the Thompson Center could be moved to 115 South Lasalle. (That spot already contains a fountain by Russell Secrest.)

Lincoln Park’s Dinner And A Movie “was operating more like a club than a restaurant, officials said.” reports Block Club. “But the owner said the city did little to help him as he tried to tackle problems and create a space for ‘Black love.'” The establishment had “been open for a day when police started showing up,” the owner tells Block Club. “Officers harassed the business by dropping by unannounced in large numbers, ‘walking the restaurant all the way to the kitchen’ and sending in undercover investigators.”

Ferrero Group, a global sweet-packaged foods leader, has appointed Alanna Cotton as president and chief business officer of Ferrero North America. Cotton will be responsible for Ferrero’s business in the U.S., Canada and Caribbean, “building upon its growing footprint and capabilities for iconic brands like Kinder, Butterfinger, Nutella and Tic Tac, and cookie favorites such as Keebler, Famous Amos and Mother’s.” She “joins the company to support Ferrero’s global business strategy of strengthening its position in the sweet packaged food category. Ferrero North America, an important growth driver for the company, is the fastest-growing confectionery company in the market, experiencing double-digit growth and guiding multiple brand turnarounds over the years. The company is also expanding its capabilities in North America, with a new Innovation Center with R&D Lab in the U.S. and a chocolate processing plant and Kinder Bueno line in Bloomington.”

“During a career that spanned sixty-nine years, Bruce Sagan owned dozens of papers, none more treasured than his first, the Hyde Park Herald. Now, he’s passing the torch to nonprofit South Side Weekly to run it,” writes Block Club Chicago. After decades “in the Chicago-area hyperlocal news business, ninety-three-year-old Sagan retired last week and transferred the Herald to a new nonprofit led by the South Side Weekly. The Herald and Weekly will remain standalone papers. The merger formalizes a partnership that’s put the outlets in close collaboration, including sharing an office, for more than two years already.” Notable in the recounted history: “As Sagan sought a more sustainable reporting job in 1953, he was rejected for a position at the Chicago Sun-Times, where he would later return to serve as chairman.”

South Side Weekly board members give their perspective here. In a release, Sagan looked toward the future: “This merger offers an opportunity to find new solutions to the economics of newspapers at a time when funding for journalism has become increasingly precarious. This important journalistic experiment will show what content is supportable by their readers and by communities in general.” The Herald interviews Tim Franklin, senior associate dean at the Medill School of Journalism at Northwestern University: “The business model for local news has… vaporized. The problem is also especially acute for smaller community publications, because they’ve also suffered the same loss of revenue that everybody else has. Sagan tells David Roeder at the Sun-Times, “It’s an interesting moment in journalism. I hope I’m around when we work out some of these problems.”

Zorn On “The Paper” Reporting On Kass Hoosier Estate: “Readers Were Interested”

“I’d be flattered if the Tribune—also my former employer—considered me important enough that my real estate transactions deserved the minimal, matter-of-fact coverage recently given Kass’ relocation,” writes Eric Zorn at his Picayune Sentinel. “But you’d have thought the paper (or ‘the paper,’ as Kass sneeringly calls the publication that launched his career and gave him top-pundit billing for decades) had put his phone number and home address above the fold on Page One from the way he carried on in a column posted to his website.” Kass wrote, “I see the woke [sic] media for what it is, what it’s done to the city, how they’ve avoided the truth of what’s happened to Chicago. And the left hates my guts… So to get at me, they targeted our modest home in Indiana—still just barely in the Chicago metro area where they still sell ‘the paper’ at the local stores—and wrote a story about it… There were other stories more important to the Tribune’s readers than vengeance on me.” Adds Zorn, “What made this story all the more intriguing was how he was clearly trying to keep his status as a new Hoosier a secret, making the home purchase ‘through an opaque Indiana land trust.'”

“Hundreds of thousands of people are expected to pass through the Grant Park gates over the next four days, as Lollapalooza gets underway,” reports Channel 7. “Security is top of mind for organizers and local law enforcement… ‘You would have always seen uniformed police officers, SWAT personnel around this event. Also, there are undercover officers, obviously, you won’t see,'” Rich Guidice, executive director of Chicago’s Office of Emergency Management and Communications tells the station. “We have a lot of cameras, as you would imagine, on the footprint of the event itself. We have hundreds of cameras. Really, that is another one of the layers of security that we have for this event and monitoring these cameras from our forward command post actively.” Here’s how the Tribune frames it: “Less than a month after a gunman fired on an Independence Day parade in Highland Park, Chicago officials said they are confident they can keep Lollapalooza safe this weekend.”

Sunday In The Park With Lyric Program Announced

Lyric Opera of Chicago starts its season with Sunday in the Park with Lyric at the Pritzker Pavilion in Millennium Park, presented in cooperation with the City of Chicago and the park. Excerpts will be presented from Lyric’s season: Verdi’s “Ernani,” “Fiddler on the Roof,” Verdi’s “Don Carlos,” Rossini’s “Le Comte Ory,” Bizet’s “Carmen,” Humperdinck’s “Hansel and Gretel” and “West Side Story.” Attendees also receive ticket offers for Lyric’s season. Sunday, August 21, 7pm. More here.

“Harry Potter: Magic at Play” will take up some of the vacant space at Water Tower Place starting Friday, November 11. The “first-of-its-kind interactive experience will allow fans of all ages to engage with the Wizarding World like never before through 30,000 square feet of hands-on magical interactivity including games, exploration an sensory activities that celebrate Harry’s journey in discovering the wizarding world.” Tickets go on sale August 3 here.

Replay Lincoln Park’s biggest pop-up experience, Jurassic Bar will run through Labor Day, September 5. “Jurassic Bar offers fans the opportunity to enter the island of Isla Nublar, encountering deadly dinosaurs, custom-built vehicles, island foliage, and other nods to the film series along with Jurassic Park-themed trivia and plot-inspired cocktails. Guests have the opportunity to eat, drink and play like a scientist with a specialty cocktail menu, featuring Life Finds a Way, The Laura Dern, Not My Gumdrops, Hold On To Your Butts, Chaos Theory, AH! AH! AHHH! and themed shots like Isla Nublar and Isla Sorna.” There will be weekly “Jurassic Park” trivia nights along with live DJ sets Wednesday-Saturday. Replay Lincoln Park, 2833 North Sheffield.

“Amazon workers in Joliet are accusing the company of creating a dangerous and racially hostile work environment—and of retaliating against employees who complain,” reports WGN-TV. “So far, twenty-six employees at the company’s Joliet warehouse have filed complaints against Amazon. They say there have been racially motivated threats and issues that have not been addressed, some saying they are concerned for their safety.” Among the complaints, reports WTTW: “Workers who are allowed to wear Confederate flag clothing… Amazon has also faced complaints of racism from employees at its Gage Park warehouse. Employees at that location staged a walkout in May alleging management has harassed employees of color and wrongfully fired two Black employees.”