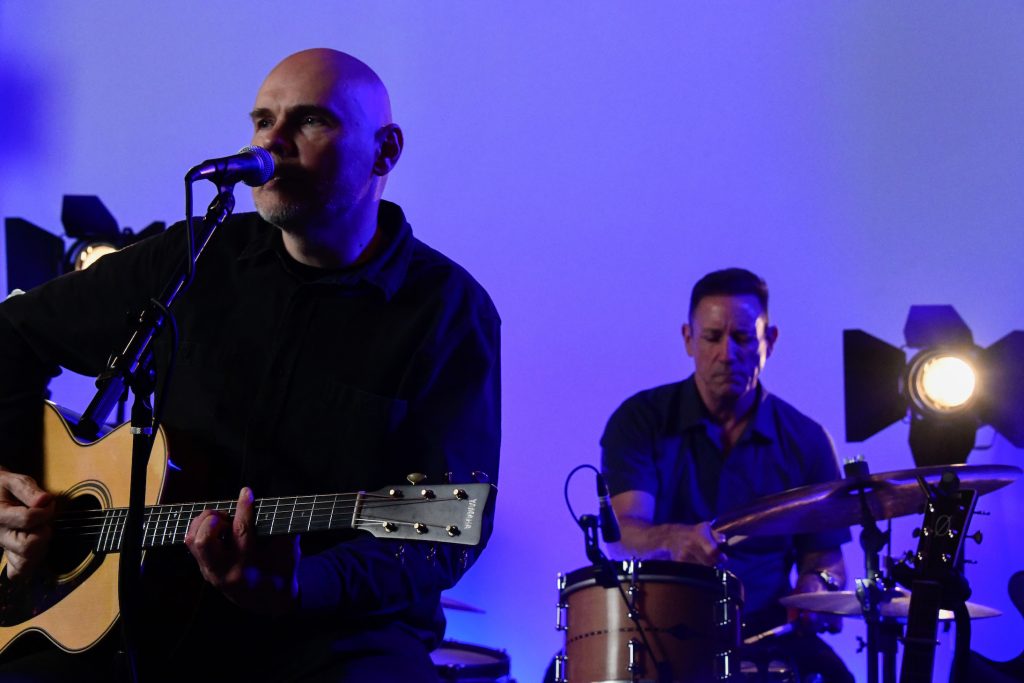 “Together And Together Again” benefit

The Tribune reports about a lawsuit filed in federal court this week. “According to the suit, the Lerners have been illegally profiting from Darger’s works for nearly five decades, including his massive 15,000-page illustrated manuscript ‘In the Realms of the Unreal,’ despite having no claim as heirs. Nathan Lerner, a photographer and industrial designer who first promoted Darger’s work, died in 1997.” In a gallery accompanying the report, the Trib offers up a dozen images of “the outsider life of Henry Darger.” “The world of Henry Darger, the solitary Chicago janitor who became an icon of outsider art after his death, is already a deep and many-chambered rabbit hole. Darger spent most of his adult life in a one-room apartment in Lincoln Park, a neighborhood much less tony in his time. When he died in 1973, his landlords and neighbors, who were virtually his only friends, discovered in the apartment a riot of creative output.”

“The UNL Chancellor’s Office arranged a special Sheldon Art Museum visit for Peggy Montarsi, a crop insurance adjuster from Indiana. She was passing through Lincoln for work when she decided to visit a Norman Rockwell painting,” reports KOLN. “The painting holds a special place in her heart because it depicts her family’s farm from over seventy-five years ago. ‘I don’t think anybody really understood how big it would have been at that time because it was just this guy coming by taking pictures and having chicken dinner at the house,’ Montarsi said. ‘And then it becomes an article in the magazine all over the nation.’ In the mid-1940s, the Saturday Evening Post was doing an article on a typical county agent. For illustration suggestions, Rockwell contacted Purdue University who put him in touch with Harold Rippey, the agent of Jay County in Indiana. Rippey asked Peggy’s family to model for a reference photo, since they were heavily involved in farm life and 4H.”

The Smithsonian and J. Paul Getty Trust will “digitize and make available material that documents African American life for most of the twentieth century,” headlines the Sun-Times. “The photo archives of Ebony and Jet magazines, a historic treasure documenting the Black experience in the United States… is bound for the Smithsonian Institution, but with Chicago-centric parts remaining here. The deal, assuring the archives will be digitized and made available to the public, was announced by a consortium of foundations that have safeguarded the material. The group bought the archives for $30 million during a bankruptcy auction in 2019.”

Councilmember Brendan Reilly “wants to crack down on pedicab services in an ordinance that would eliminate ride service after 6pm at Navy Pier,” reports Block Club Chicago. “If approved, the ban on pedicabs would be in effect 6pm-9am in the area bounded by Ohio Street, Lake Michigan, the Chicago River and DuSable Lake Shore Drive, which encompasses the boundaries of Navy Pier.”

A former seasonal employee of Divvy emailed Streetsblog Chicago about “’the absurd amount of 1st [black] and 2nd generation [gray] Divvy ebikes sitting in a vacant lot’ across the alley from the bike-share system’s service warehouse on Hubbard Street in West Town. ‘I assume they’re waiting for parts or there’s a backlog of repairs and/or a shortage of staff… They’ve had parts supply issues for years… They also have staffing issues because the wages are shit and the working conditions aren’t really all that great.” Lyft replied to the site, “At any given time, a certain number of our bikes are moving through the warehouse and these are out as part of a routine inventory count as we move them to another facility for deployment or repairs.”

Confirmed: “Monument with Standing Beast” Will Slouch South To LaSalle

“French artist Jean Dubuffet’s sculpture ‘Monument with Standing Beast,’ in place in front of the Thompson Center since the building opened in 1985, is moving to a different spot in the Loop,” reports the Sun-Times. The sculpture “will move to the former BMO Harris Bank building at 115 South LaSalle. That building was recently purchased by the state to replace some of the office space lost with the Thompson Center sale.”

McDonald’s ends its “McPlant” test, reports Crain’s, but did not say how few of the plant-based “burgers” were consumed.

Seasonal candy shortages are expected, reports WGN-TV. “Hershey says pandemic-induced supply-chain disruptions and the war in Ukraine have crunched supplies of cocoa, edible oil and other ingredients… Hershey’s also cites a ‘tremendous increase in consumer demand over the past few years’ for the seasonal candy crunch, adding that despite the anticipated supply issues, there will be more seasonal candy this Halloween than there was last year.”

“The U.S. is poised to deliver a bumper spring wheat crop in the upcoming weeks, which if realized could help relieve global shortfalls caused by turmoil in the Black Sea,” reports Bloomberg. “Fields in North Dakota, the top-producing state, are forecast to yield a record high 49.1 bushels per acre… North Dakota makes up about half of the U.S.’s spring wheat crop.”

Trader Joe’s workers in Hadley, Massachusetts have voted 45-to-31 to unionize, the first to do so among the 500-plus locales in the U.S. since the company’s founding in 1967, reports the Washington Post. “The union’s victory in western Massachusetts follows a wave of successful union drives this year at high-profile employers that have long evaded unionization, such as Starbucks, Amazon, Apple and REI. Union victories can produce a ripple effect across employers and industries, emboldening new workers to organize. Petitions for union elections this year are on track to hit their highest level in a decade, as a hot labor market has afforded workers more leverage over their employers.”

Journalist and longtime labor reporter David Moberg “grew up on a farm in Galesburg, Illinois. He once said that his ‘youthful models of alternatives to capitalism owed less to Marx—who I didn’t seriously study until graduate school—and more to the collective work of putting up hay with neighboring farmers and the cooperative traditions of the farm supply company my father managed,'” reports The Nation. “In high school, he found a job pulling tassels off seed corn, and led a walkout of fellow workers who objected to being made to slog through a muddy field rather than wait for the ground to dry. ‘We won nothing,’ he once admitted, ‘but we felt good.’ … Frustrated by the New York–based editors’ watering down his copy, Moberg left Newsweek after a year to travel through the Middle East, North Africa and Europe, finding himself in Paris during the 1968 student and worker uprisings. In that city he heard several lectures by anthropologist Claude Lévi-Strauss and decided to return to the United States to pursue graduate school at the University of Chicago… Moberg earned his PhD but soon forsook an academic career to return to journalism. In 1976, joined the staff of the new lefty weekly In These Times, which remained his home base for four decades… As Nelson Lichtenstein, a labor historian at the University of California–Santa Barbara, observed, Moberg ‘spent his life covering a social movement whose travails far overshadowed its infrequent triumphs,’ but he ‘understood that the rebirth of workplace democracy was always on the agenda, finding inspiration in the most unlikely places and among the most marginal people.'”

Despite Perry Farrell’s comments on keeping Lollapalooza in Chicago, negotiations between the city and C3 Presents, the corporation behind the event, has reportedly indicated it doesn’t want to pay more amusement tax over the course of a ten-year extension of its contract, reports the Trib. “The festival—which draws 100,000 attendees for each of the four days—is subject to the tax, which increased from five percent to nine percent for large-scale events over the course of the existing ten-year Lollapalooza contract. Festival organizers want safeguards against the city raising the amusement tax over the life of a new agreement.”

Musician Jimy Sohns has passed after a stroke, reports the Daily Mail. The band Shadows Of Knight was formed in Chicago in 1964 when Sohns was sixteen. “The band is best known for its singalong song ‘Gloria,’ which went on to become a top ten Billboard hit following its release in December 1965, that famously spelled out the name ‘G-L-O-R-I-A’ in the chorus.”

“When Beyoncé surprised fans back in June with her love letter to house, ‘Break My Soul’ (from her seventh studio album ‘Renaissance,’ out now), it shined much-needed light on the genre’s Black DNA—right down to its sublime sample of the Robin S. 1993 club classic ‘Show Me Love,'” writes Keith Murphy at length at Andscape. “‘House allowed people to be whatever they wanted to be,’ said Farley, who back in the early eighties was heard by more than one million listeners a week on WBMX in Chicago as a charter member of the DJ collective the Hot Mix 5. ‘It was competitive, but we were bringing folks together. There’s a reason there’s no such thing as gangster house. House music has always been about love.'”

Billy Corgan and his partner Chloe Mendel brought together artists and locals for an intimate “Together and Together Again” benefit to raise funds for the Highland Park Community Foundation’s July 4 Fund. The evening was livestreamed across the world, where Corgan was joined by his Smashing Pumpkins bandmate and fellow Chicagoan Jimmy Chamberlin as well as Perry Farrell, who performed a stripped -down, bluesy version of the Jane’s Addiction classic, “Jane Says,” Corgan’s publicist relays in a release. Bob Moses and father-daughter duo Billy and Sierra Swan each performed a set of some of their best-known songs. Janelle Lake played “Clair de Lune” on harp. The Frank Catalano Quartet performed a jazz set including a version of Coltrane’s “Impressions,” with Corgan on guitar. Corgan also offered a stripped-down performance of The Smashing Pumpkins songs “1979” and “Today” as well as two-brand new songs, including “Ithax,” a song he wrote last month in the wake of events.

“Some alderpersons are upset that NASCAR will occupy part of Grant Park for as long as two weeks next summer,” reports Fran Spielman. Three council members “hardened their opposition after the Chicago Park District acknowledged that the permit agreement for ‘non-race event activities associated with the NASCAR Cup Series allows the organizer to occupy a portion of Grant Park for fourteen days — from June 22 to July 5.’ … The Chicago Park District defined the ‘event footprint’ as Roosevelt to Randolph and Michigan to DuSable Lake Shore Drive. Park District officials vowed to ‘work with the organizers to ensure that public access during the event is minimally’ affected.”

Councilmember Brendan Reilly: “In fairness to NASCAR, they would’ve preferred to engage with local aldermen months earlier, but were specifically directed not to discuss any plans with us until given the OK by the Mayor’s Office. We still haven’t seen a contract or event details related to traffic & safety.” Reilly to Spielman: “A contract that allows NASCAR to ‘occupy Chicago’s front yard for two weeks of our sixteen-week “summer season”‘ deserves to be publicly vetted, not hammered out and approved in secrecy. He noted that Lollapalooza ‘pays $7.8 million every year to rent Grant Park from the taxpayers,’ which makes the NASCAR terms look paltry. The deal with NASCAR includes a permit fee of $500,000, fifteen percent of net commissions on concession and merchandise, and $2 per admission ticket.” Journalist Phil Rosenthal posts, “So @chicagosmayor wants to tie up Grant Park—the city’s front yard—from June 22 through July 5 for her little NASCAR distraction? Yeah, no one would ever want to enjoy the city’s lakefront jewel around Independence Day. What the hell…”