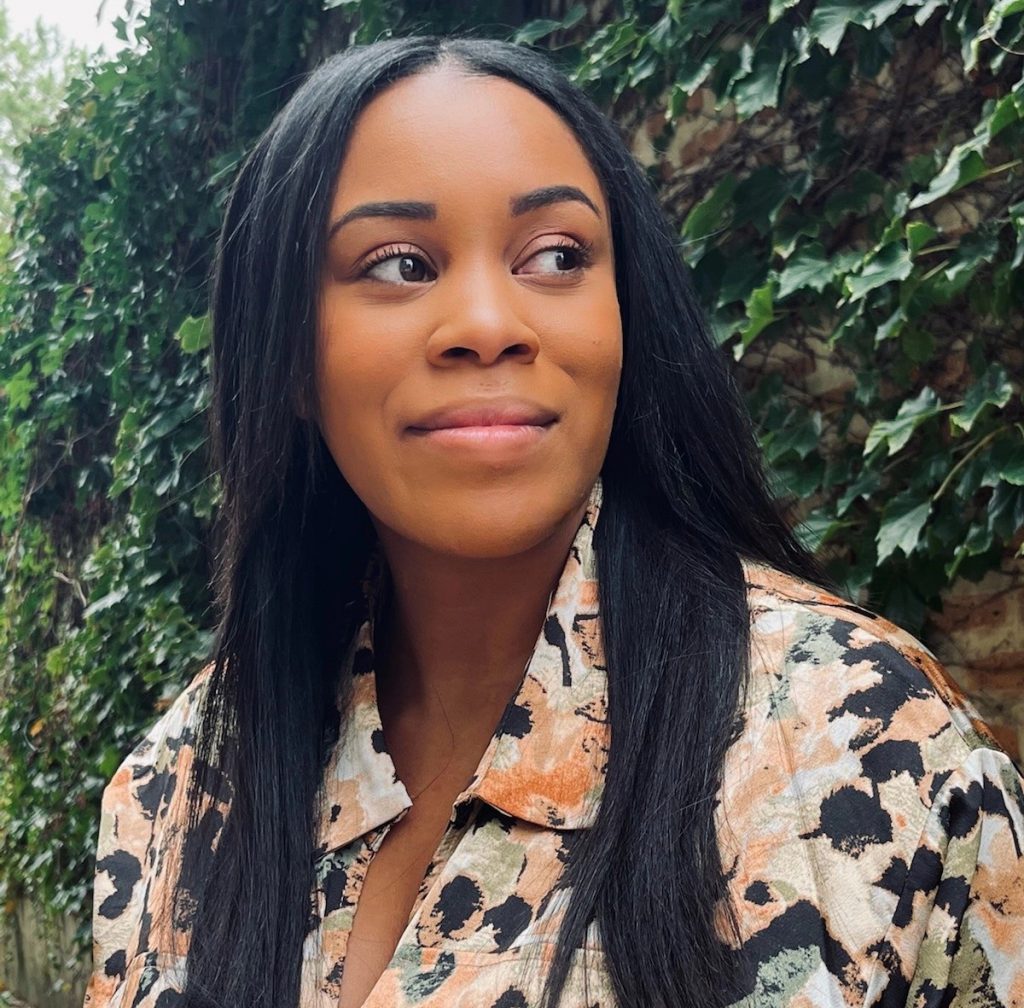 A Look At Chicago Corporate Workplaces As Pandemic Persists

“As hybrid working becomes the norm,” writes Robert Channick at the Tribune (via MSN), “several major companies have opened new Chicago offices they hope will give employees a reason to ditch their fuzzy slippers and head downtown… There are plenty of seats, but no assigned desks at all.” Real estate speaks: “Cisco Systems opened its 130,000-square-foot space in the Old Post Office in July.” Accenture “moved into its new 264,000-square-foot Chicago headquarters in the renamed Accenture Tower last month. The openings follow Meta’s Facebook, which launched its Loop headquarters in June, covering 263,000 square feet across eleven floors at 151 North Franklin. In March, Edelman, the world’s largest public relations firm, fully moved into its new 92,000-square-foot loft space in the Gogo building, a century-old former warehouse at 111 North Canal in the West Loop.”

Why A Rail Strike Now?

“Why is a railroad strike looming that would shut down much of the major transportation infrastructure in the U.S. [and affect] nearly every part of the economy from food to energy to retail? … It all boils down to sick leave policies,” posts Washington Post labor writer Lauren Kaori Gurley on Twitter. “Two of largest railroad carriers, Union Pacific + BNSF (subsidiary of Berkshire Hathaway), have attendance policies that penalize workers, up to firing, for going to the doctor or attending to family emergencies. (BNSF and Union Pacific primarily operate in the western U.S.) Conductors & engineers say that they can be on call for fourteen consecutive days and expected to drop everything at any time of day to work. They say the policy is ‘destroying their lives.’ So far, railroads have not budged on unions’ demands for a policy addressing these concerns. Labor leaders say 57,000 workers are angry and prepared to strike if this issue is not addressed. ‘Living the way we live is absolutely brutal,’ Jared Cassity, a SMART union official told me. ‘Our folks are working sick and tired because they can’t take a day off.’ So why won’t the carriers change their attendance policies? They’ve said that they already offer ample time off, including up to five weeks vacation, depending on seniority. + a Biden-appointed board brokering the dispute did not recommend a change to attendance policies.” “Amtrak said it is canceling all of its long-distance trains starting Thursday,” reports the Washington Post. “Some regional transit agencies said they are preparing for service stoppages as early as Thursday evening ahead of a possible 12:01am Friday shutdown…Grain shipments will also be stopped as railway strike looms.” More from the Post here.

“Revolution Brewing and Garrett Popcorn have been neighbors under the same roof for nine years, and that has led to the inevitable: a Revolution beer made with Garrett popcorn,” writes Josh Noel at the Trib. The brown ale is made with Garrett’s CaramelCrisp. “The ingredients betray a decadent beer: 450 pounds of Garrett’s CaramelCrisp and 1,200 pounds of brown sugar. But both are added early enough in the brewing process that most of the sweetness is fermented away, resulting in a beer that’s surprisingly dry and nuanced, rich with caramel essence and overtones, but only modest caramel-like sweetness.”

The Englewood Whole Foods Market at 832 West 63rd Street that opened in 2016 is closing in November, reports Block Club Chicago. Leon Walker of DL3 Realty, which bought the property from the city for $1, tells the Tribune that “three grocery operators—one a national grocery company, one a local chain and one an independent grocer—were in conversations about operating a store at the Whole Foods site. ‘It looks like we should have something to announce prior to closing about a transition that will happen with a new grocer early next year.'”

Is Minneapolis’ Owamni The Best New Restaurant In America?

At the New Yorker, Carolyn Kormann profiles Minneapolis’ Owamni: “In the summer of 2021, Sean Sherman, a forty-eight-year-old Oglala Lakota chef, opened a restaurant called Owamni, in Minneapolis. Nearly overnight, it became the most prominent example of Indigenous American cuisine in the United States. Every dish is made without wheat flour, dairy, cane sugar, black pepper, or any other ingredient introduced to this continent after Europeans arrived. Sherman describes the food as ‘decolonized’; his business partner and Owamni’s co-owner, Dana Thompson, calls it ‘ironically foreign.’ In June, the James Beard Foundation named Owamni the best new restaurant in the United States.” After a final visit, Kormann watches the chef depart the premises. “Sherman left, and walked up the hill to his truck. He is setting up Indigenous Food Labs in Anchorage and in Bozeman. This month, he’s at an Arctic-foods summit, in Norway, then at Terra Madre, a gathering of the Slow Food community, in Italy. Between events, he wants to visit the archives at the Vatican. ‘They stole everything… They have to be sitting on a huge wealth of Indigenous stuff. I want to see what they have.’ He could feel his attention moving away from the restaurant: ‘I don’t like being trapped in a box.’ His eyes darted to the waterfall. ‘It’s hard for me to sometimes stop and be in the moment… I feel like I’m just starting.'”

McDonald’s Will Innovate In West Loop Starting Next Year

McDonald’s will move its “innovation center” from Romeoville to Chicago, reports the Trib. The corporation’s “Speedee Labs” will work on innovations “including kitchen and operations efficiencies,” moving up to 120 jobs to McDonald’s global headquarters.

The latest nonfiction film from Chicago’s Steve James, “A Compassionate Spy,” will open the fifty-eight edition of North America’s longest-running competitive film festival, which runs October 12-23 at venues across town, including the Music Box, Siskel, River East, the Chicago History Museum and at pop-up sites, as well as some streaming. Alongside James’ film at the Music Box, the “ChiFilmFest Opening Night Block Party” will take over a stretch of Southport. The festival centerpiece will be Rian Johnson’s Netflix mega-production, “Glass Onion: A Knives Out Mystery,” coming off a raft of gratified reviews at the Toronto Film Festival. Other special presentations include writer-director Sam Mendes’ musing on moviehouse magic and the power of awards season, “Empire of Light”; Darren Aronofsky’s star vehicle for the much-missed Brendan Fraser, “The Whale”; and Martin McDonagh’s first feature since “Three Billboards Outside Ebbing, Missouri,” “The Banshees Of Inisherin,” a tale of faulted friendship again pairing Brendan Gleeson and Colin Farrell (seen in McDonagh’s “In Bruges.”) More here.

Previous Incarnation of MoviePass “Was Embarrassing And Hurtful”

Former MoviePass CEO Mitch Lowe has written a memoir, reports Variety, in which he says that the company’s spectacular detonation of the subscription movie ticket service “truly was embarrassing and hurtful… I tried as hard as I could, but I should have tried harder. I should have been more thoughtful, and I should have been more strategic… Given enough time and given enough money and some good luck here and there, we could have been a success… But in any plan, you need to be flexible. In hindsight, I didn’t change things fast enough. I was just heads-down trying to solve that day’s issues.”

“A tireless advocate for jazz, Ramsey Lewis hosted a long-running syndicated radio show and television programs. He also taught younger musicians who were his bandmates or students,” writes Aaron Cohen, co-author of the upcoming Ramsey Lewis memoir “Gentleman of Jazz,” at the Trib. “He recorded pop hits while retaining a high level of artistic integrity. Lewis had a brilliant touch on the Steinway grand piano but he also played electric grooves that several contemporary DJs have sampled.”

“As residents spoke about their concerns, crews from Riot Fest placed black mesh fabric along a fence installed for the festival, scheduled to start Friday. A large stage could be seen from California Avenue. Most of the southern part of the park, from California to Albany and from Ogden to 19th Street, was fenced off Tuesday morning,” reports the Sun-Times. “We do see this as a form of environmental racism,” neighbor Edith Tovar told the paper, “pointing out Riot Fest is the third large music festival that has resulted in Douglass Park being fenced off for portions of the summer.”

The League of Chicago Theatres board of directors has selected Marissa Lynn Ford as the organization’s new Executive Director. Ford comes from Goodman Theatre, where she was associate managing director. Ford succeeds Deb Clapp who stepped down from her position on June 30, after leading the organization for fourteen years. Clapp will consult with the League through the leadership transition. Ford’s “deep experience in Chicago theatre, her distinguished work at the Goodman for the past eight years and her passion for Chicago theatre made her the top choice from a field of excellent and well-qualified candidates,” the search committee co-chairs (Charlique C. Rolle, League secretary and executive director of Congo Square Theatre and John Collins, managing director of the Goodman Theatre) say in a release. More on the League here.

A Few Words With The Second City’s Ed Wells

The Hollywood Reporter has a sit-down with Wells Street’s new topper, Ed Wells. “There is a lot more that happens here than what just happens on the stages,” Wells tells the trade publication. “So I am really excited to not just scale that entertainment content that we have on the stages, and the educational business, but to start thinking about new outlets for the entertainment we create and the pool of talent that we have. So we will be looking toward expansion into different geographies, as well as into new media opportunities as well.” More here. Chris Jones at the Trib (via MSN): “Wells, who already has moved to Chicago and started his new job, said that he intends to create ‘strategic partnerships in the media marketplace,’ an area in which Second City has had limited success over the years. ‘We’re well-positioned to be looking back into the media space and figuring out a multi-platform approach for scaling this brand,’ Wells said.”

Artist-support tech startup Patreon is laying off seventeen percent of its staff, reports the San Francisco Chronicle. Around eighty of 470 workers “will be laid off across departments, including sales, finance and operations staffers.” CEO Jack Conte messaged employees, “Over the last nine months, we’ve seen the tech industry—and the whole economy—change considerably… Many of you have asked me about layoffs at All Hands meetings as we’ve set out to tighten our focus, and I’ve said that layoffs would be a last resort. Today we are taking that step, and I am deeply sorry to the kind, talented, creator-first people who will be leaving Patreon.”

“It wasn’t hard to tell which of the guests at the 63,000-square-foot Hyatt Regency McCormick Place in Chicago were there for the 2022 Socialism Conference,” reports the Nation. “Giveaways included T-shirts bearing political slogans and labor affiliations (‘Abortion is a Human Right,’ ‘Troublemakers Union,’ ‘Tired Feminist’); elaborate tattoos; moth-like attraction to the makeshift bookstore set up by Haymarket Books, this year’s main sponsor; and anything red. At one session, when the moderator called on ‘the comrade in the red shirt,’ three heads pivoted toward the podium.”

“One hundred minority-owned small businesses in Cook County can receive $10,000 each through Comcast’s RISE Investment Fund,” reports the Sun-Times. “To qualify, a business must have existed for at least a year, be at least fifty-one-percent owned by a woman or a person of color, and have no more than twenty-five employees… Cook County is among five locations where Comcast’s RISE fund is offering $1 million in grants. The others are Miami, Oakland, Seattle and Washington, D.C.” More about the fund here.

“Major companies like Google, Tesla and IBM have dropped the requirement for college degrees as college enrollment continues to drop,” reports WGN-TV. “Companies are dropping the requirements for many middle-skill and even higher-skill roles.” The trend reverses “degree inflation” “that picked up steam after the Great Recession in which many employers [added] degree requirements to job descriptions that hadn’t previously needed them—even though the actual jobs hadn’t changed.”