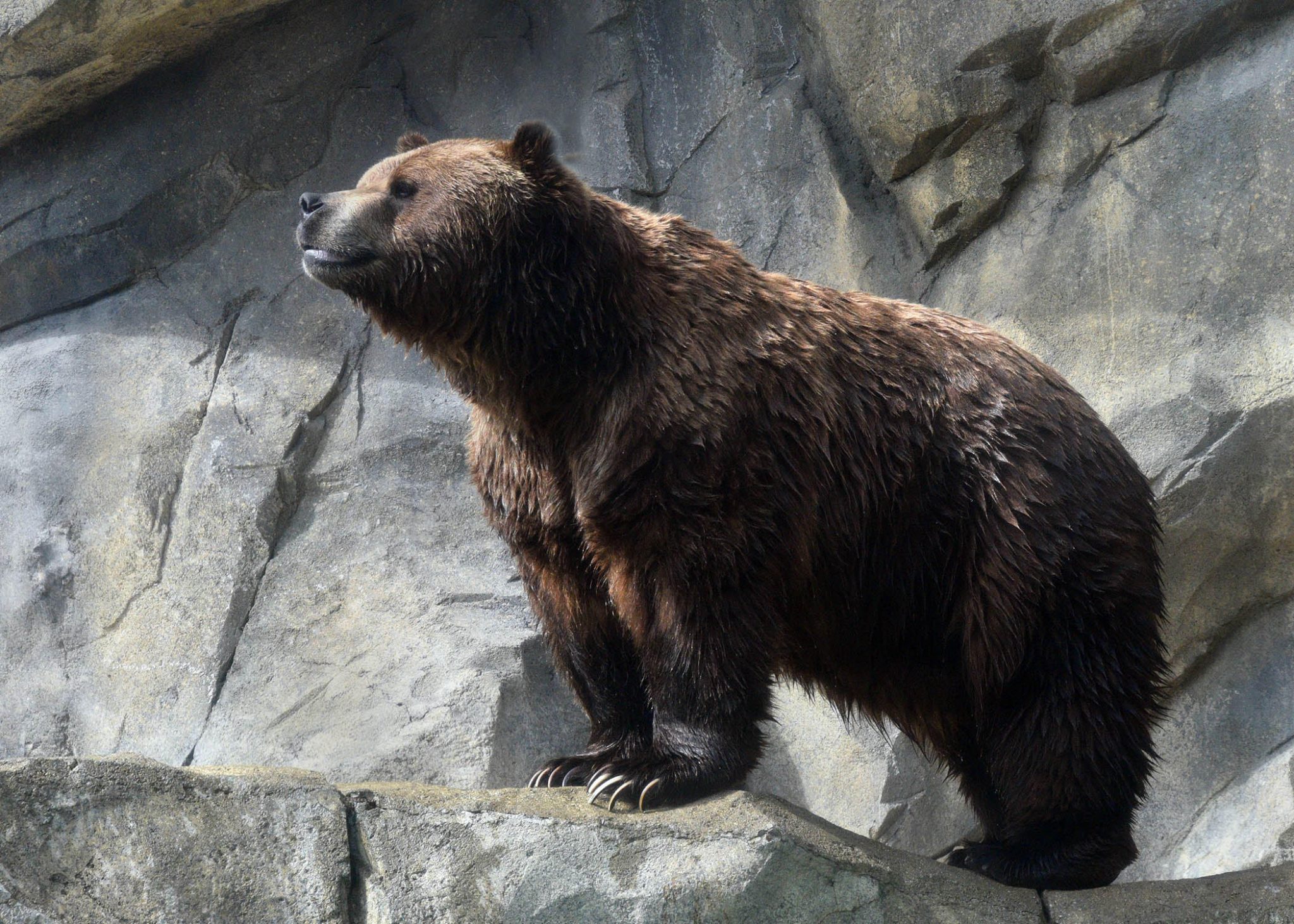 
Seventy-million dollars in art will be sold by MoMA, reports Artforum. “The sale is expected to bring $70-$100 million, with the lion’s share of the funds going toward the founding of an endowment for digital media and technology at the museum and toward what MoMA in a press release characterized as ‘new digital acquisitions,’ and the possible launch of a streaming channel.” Among the works: Pablo Picasso’s 1919 “Guitare sur une table,” the estimated value of which is $20-$30 million; Auguste Renoir’s 1905 “Les fraises,” expected to garner $3-$4 million; and Francis Bacon’s 1963 triptych “Three Studies for Portrait of Henrietta Moraes,” with a valuation of $35 million.

Chicago Architecture Biennial’s “This Is A Rehearsal” Announces Artistic Team

Chicago-based art collective Floating Museum takes charge of the September 2023 Chicago Architecture Biennial. “Floating Museum is a collective of artists, designers, poets and educators focused on building connections between art, community, architecture, and public institutions,” CAB says in a release. “Co-directed by Jeremiah Hulsebos-Spofford, Faheem Majeed, Andrew Schachman, and Avery R. Young, the group has significant ties to communities and institutions across Chicago, with a local practice that uses site-responsive art, design, and programming to explore the infrastructure, history and aesthetics of a space.” “This is a Rehearsal” will explore “how contemporary environmental, political, and economic issues are shared across national boundaries but are addressed differently around the world through art, architecture, infrastructure, and civic participation.” The group “will bring together local, national, and international practitioners to undertake projects that continue to push the Biennial’s exhibition model, prioritizing responsiveness to the built environment and engagement by bridging the vanguard of international architectural practice and direct impact locally.”

“CTA trains are often running with significant delays and gaps on the weekends,” reports Block Club Chicago. “CTA employees said the agency is particularly short-staffed on weekends, leading to more delays, piled-up platforms after shows and at busy stops and larger intervals between trains.”

The School of the Art Institute of Chicago welcomes Walter Hood as the 2022–23 Bill and Stephanie Sick Distinguished Visiting Professor. Walter Hood (MFA 2013) is the creative director and founder of Hood Design Studio in Oakland, California. Hood Design Studio is a cultural practice that works across art, fabrication, design, landscape, research, and urbanism. He is also professor of Landscape Architecture & Environmental Planning and Urban Design at the University of California, Berkeley. He lectures on and exhibits professional and theoretical projects nationally and internationally. He was recently the Spring 2020 Diana Balmori Visiting Professor at the Yale School of Architecture and the Spring 2021 Senior Loeb Scholar for the Harvard GSD Loeb Fellowship.

“The Briny Swine will feature smoked meats and a big selection of South Carolina oysters and shrimp,” reports Eater Chicago. The Lincoln Park “200-seater is slated for an early 2023 opening. The smokehouse and oyster bar will occupy the building that most recently housed the HopCat beer bar at the T-intersection of Clark and Wrightwood. The unique space (where Italian import Vapiano and Blockbuster Video once occupied) has remained vacant in recent years, with the exception the brief stints as a seasonal Spirit Halloween store.” Siren Betty, a firm popular with local restaurants, is designing the space.

“Our city is in crisis,” says the CEO of the highly profitable McDonald’s corporation, reports the New York Post. “Chief executive Chris Kempczinski told business leaders… that McDonald’s workers are hesitant to ride mass transit due to a significant increase in violent crime. He also said it has been a struggle to recruit more workers to Chicago due to concerns over quality of life. ‘Everywhere I go, I’m confronted by the same question: “What’s going on in Chicago?”‘ Kempczinski told the Economic Club of Chicago.” The Sun-Times. quotes the CEO: “I love Chicago… I even talk up the Bears.” But “How many people—with a show of hands here—would say they knew what the plan is? … Exactly what are we doing? What are the metrics? How are we going to track progress? I mean, this is what you do in business, day-in and day-out. You have a plan, you have a set of vectors, you have milestones, you track progress. How are we doing on that? How many people here would be able to say they know what the plan is? They know what the targets are? They know the milestones? I don’t think there’s an awareness of that and so if there’s not an awareness of that how can we work together?”

“The celebrated chef behind two of Chicago’s most sought-out upscale sushi restaurants is going casual with the fall launch of a second West Loop spot,” reports Eater Chicago. “BK Park, the chef behind Juno in Lincoln Park and Michelin-starred Mako near Randolph Restaurant Row, is aiming for a mid-October opening for Tamu at 804 West Washington.”

Filming on “Chicago Fire” was disrupted by a shooting, “which halted production for the day and triggered NBC’s security protocols. No one on the production was involved or injured,” reports the Wrap. “The full cast was on-scene, and three cameras were rolling when the gunfire broke out around 1:45pm. The incident took place as exterior shots were being filmed at A.A. Rayner and Son’s Funeral Home, 5911 West Madison.”

“Festival operators may need to get Park District board sign-off for special events hosting 10,000 people or more a day in any of Chicago’s public parks,” reports Block Club Chicago. The Reader has the Riot Fest contracts: “Riot Fest has paid an average of $248,000 in permit fees every year since moving to Douglass Park in 2015. It has also paid tens of thousands of dollars some years in ‘violations’ for wear and tear sustained by the park during the festival, which brings about 45,000 daily visitors to the park during its three-day run.” Tens of thousands in damage are listed in past contracts, as well as huge discounts from the standard fee paid: “According to the contract language, in 2015 and 2016 the park district initially charged Riot Fest flat fees of more than $2 million per year that were then reduced by ‘discounts’ of about ninety percent. The records we obtained show that in 2015 Riot Fest only paid $233,508 of $2.35 million after the park district applied multiple discounts through an ‘approved partnership’ and ‘approved agreement.'” Reports the Tribune: “Under current district practice, agreements that generate revenue are approved directly by the superintendent, skipping board signoff and reducing the opportunity for the public to comment on such permits.”

Hell in a Handbag Productions’ new season celebrates twenty-one years of presenting Chicago audiences with “the best camp and parody – thus insuring the preservation of celebration of this unequivocally queer art form,” the group announces in a release. Handbag’s season kicks off with the world premiere of “Frankenstreisand,” conceived and written by ensemble member Tyler Anthony Smith and directed by Stephanie Shaw, opening September 29. More here.

Concessions Made In Rail Pay And Some Working Conditions

“The railroad system is the backbone” of the country, says President Biden. With a settlement at hand, Metra trains will be running and Amtrak hopes to as well, reports the Tribune. Democratic adviser and former AFL-CIO communications aide Eddie Vale posts on Twitter that the deal “wasn’t about $ but basic dignity & respect for workers which [Biden and Labor Secretary Marty Walsh] understand viscerally… No one wants a railroad strike, not the workers, not the White House, no one wants it this close to the election.” Bernie Sanders, before the deal: “The railroad industry which made $20 billion in profits last year cannot continue to deny workers paid sick leave. It is unacceptable and dangerous for conductors & engineers to be on call for fourteen consecutive days, twelve hours a day & then get fired for going to a doctor.” The Washington Post: The proposed contract with “the two largest railroad unions and railway carriers guarantees voluntary assigned days off and a single additional paid day off. Workers also can take time off for routine doctor’s appointments without being penalized, and would not lose attendance points for hospitalizations and surgical procedures…The deal also includes the biggest wage increases for railroad workers in more than four decades. They will receive a twenty-four percent pay increase by 2024, including an immediate fourteen percent raise; $1,000 annual bonuses over five years; and no increases to healthcare copays and deductibles.” “Over the last six years, 45,000 workers have left, accounting for nearly twenty-nine-percent of the industry,” reports Prism in an extended description of working conditions. More Perfect Union pored through financial filings of the major railroads: “Their profit margins have nearly tripled at the same time as spending on workers’ wages and benefits dropped drastically.” Bernie Sanders calls out Warren Buffett, a key investor and power player behind the conditions for rail workers on the western part of the nation: “In the midst of a potential rail strike, Warren Buffett, the owner of BNSF Railway’s parent company, worth $100 billion, must intervene. During the pandemic, Mr. Buffett became $36 billion richer. He must ensure that rail workers receive decent wages and safe working conditions.”

Jim, one of Brookfield Zoo’s twenty-seven-year-old brown bears, was euthanized due to declining health associated with advanced age. The staff mourns on behalf of his millions of visitors and his brother Axhi, who arrived in 1995 as orphaned six-month-old cubs from Alaska.