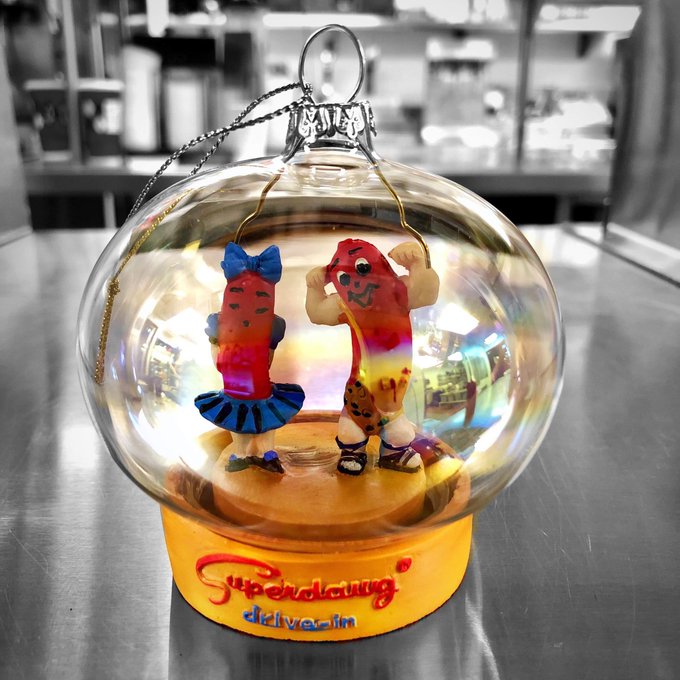 “It’s really a duopoly at the top level,” Richard Wright, the chief executive of Chicago-based auction house Rago/Wright, which [has] acquired another Midwestern house, Toomey & Co., tells The Art Newspaper. “The overwhelming majority of volume in the auction business is done by Christie’s and Sotheby’s. But then the lower end is really vibrant. It’s fragmented, but that’s what keeps the art world and the auction world vital.” “It is that vitality and individuality that Wright hopes to continue with the merger between Rago/Wright and Toomey. To compete with those megas, Wright says, the smaller firms have to band together. And as he sees it, second to rallying those little guys is making sure they keep their identity. ‘Both Christie’s and Sotheby’s are great companies. They just aren’t good at doing everything, and that’s what they are trying to do.'”

Posts journalist Leigh Giangreco on Twitter, “At ‘Best Evening Ever,’ host Pat Whalen asks Governor Pritzker about the Thompson Center. Pritzker jokes that people should protest Google … for a Sbarro.” Giangreco penned the Bloomberg report about the devotees of the Thompson Center food court, particularly the Sbarro outlet. “The Sbarro Urbanists, as they dubbed themselves, are an informal troupe of Midwest transit [aficionados], historic preservationists and devotees of the late architect Helmut Jahn, whose most famous building, the James R. Thompson Center, stands in Chicago’s Loop. Its soaring atrium, encircled by baby-blue and salmon-colored glass, is also home to a vintage 1980s food court, whose fast-food offerings perfume the Illinois state offices that occupy the seventeen-story structure. The allure of this particular Sbarro lies mostly in its location, not its menu.”

“A national rail strike could still be on the table if rank-and-file workers reject the tentative agreement announced by the White House this week,” reports In These Times. “The potential crisis is not over until rank-and-file rail workers vote on whether to approve the agreement—which could take weeks. ‘Until railroad workers in the coming days can digest this and have their questions answered, there’s no consensus able to build on whether this deal is good, bad or ugly,’ said Ron Kaminkow, a Nevada-based engineer and member of the Teamsters-affiliated Brotherhood of Locomotive Engineers & Trainmen.”

Illinois Warehouses Among Those Cancelled By Amazon

Chicago’s Booting Of Cars Likely To Expand To Private Lots

The notorious parking boot could become more prevalent in Chicago under an ordinance amendment passed [12-6] by a City Council committee that would allow the practice in private parking lots citywide, reports the Trib. Fran Spielman at the Sun-Times: “Private booters roaming free in more than half of Chicago’s fifty wards could soon get the go-ahead to take their controversial, car-disabling operations citywide.”

Detroit will receive a $105 million grant to remove a highway that was built to displace a prosperous Black community, reports the Washington Post. “The federal government will provide $105 million under a program bolstered by the infrastructure law to help fill in Interstate 375 and turn it into a boulevard. ‘They very intentionally wiped out that whole district and laid the freeway in a way that displaced thousands of people,’ Mayor Mike Duggan said. ‘What we’d like is to knit the community back together.'”

Superdawg posts on Twitter what’s back in stock: “Christmas is coming a little earlier this year because our super cute Maurie and Flaurie Globe SuperOrnaments are back in stock! Pick yours up today ($18) at either Superdawg location. They really are a super souvenir for any season!”

“’It’s not just one thing,’ said Brendan O’Connor, the owner of Berwyn’s Big Guys Sausage Stand,” reports the Sun-Times. “‘If it was, we’d overcome that.’ … After two years of pandemic-related adversity, O’Connor announced he’s halting counter service at the beloved west suburban eatery at 7021 Roosevelt Road, switching to catering September 26. The only things that allowed his homemade-style takeout joint to survive this long? ‘Hopeless optimism’ and a ‘solid staff.'”

At Kim’s Uncle Pizza, “the revival of a small suburban pizzeria goes beyond reclaiming the craft of tavern pizza; it is a holistic destination experience. You will hold more than a crisp-crusted slice and unlock a moment of possibilities realized,” enthuses Louisa Chu at the Tribune. “‘It’s just pure Chicago,’ said pizzaiolo Bradley Shorten. He owns Kim’s with spouses Billy and Cecily Federighi, two of his best friends… plus pivotal partner Ed Marszewski of Marz Brewing… I grew up on lots of neighborhood pizza, too. Kim’s is the best of everything it could have been.”

“Irene’s should open for breakfast and lunch sometime in October at 2012 West Irving Park,” reports Eater Chicago, in a former family diner space. The carrot cake and cookies & cream pancakes, “won’t be something you dump syrup on,” a partner says. “Look for meats for Slagel Family Farm and vegetables from Nichols Farms. They’ll use Kensington ketchup instead of Heinz. The soft drinks will be from Jones Soda Co. and they’ll serve Passion House Coffee. A juice program will include immunity shots and other health-minded concoctions.” “I think we’re still going to be a diner,” co-owner Petros Papatheofanis tells Eater. “The difference just comes from the approach and quality. The feel will be a place that fits neighborhood families. We want to be a neighborhood staple.”

Chicago food writers are publishing books on pies, Palestinian cuisine, vegetables and bread, writes Mike Sula at the Reader. Cookbooks “dropping over the next four weeks—by a quartet of heavy hitters—offer plenty of projects for the cold weather kitchen-bound.”

“Thanksgiving turkey will be more expensive than usual this year due to a nationwide bird flu outbreak that’s already shortened the country’s supply ahead of the holiday,” reports Bon Appétit. “One of the country’s largest commercial turkey processors, Hormel Foods, anticipates that ‘lower industry-wide turkey supplies [will] keep prices higher’ through the holiday… Hormel’s own supply, also hit by avian flu, is considerably lower this year.”

Starbucks is spending $450 million to make its North American stores simpler and more productive, reports the Sun-Times. Two thousand “net” new stores are planned by 2025, emphasizing “drive-thru, mobile ordering and delivery. Drive-thru now makes up fifty percent of U.S. sales.” “It’s clear that our physical stores have to change. Our physical stores were built for a different era,” John Culver, Starbucks’ COO said. “Customizable cold drinks, which now make up as many as seventy-five-percent of Starbucks’ U.S. beverage orders, are taxing employees in kitchens designed for simpler hot drinks. Starbucks debuted a new work station that requires less movement and can cut fifty seconds off the process of making a blended iced mocha.”

“Attempts to ban books are accelerating across the country at a rate never seen since tracking began more than twenty years ago, according to a new report from the American Library Association,” relays the The New York Times. “So far in 2022, there have been attempts to ban or restrict access to 1,651 different titles, the group found, up from challenges to 1,597 books in 2021, the year with the highest number of complaints since the group began documenting book challenges decades ago… ‘It represents an escalation, and we’re truly fearful that at some point we will see a librarian arrested for providing constitutionally protected books on disfavored topics,’ said Deborah Caldwell-Stone, the director of the office of intellectual freedom at the library association. ‘They’re being threatened with prosecution, attacked on social media, harassed for simply doing their jobs by trying to meet the information needs of their communities.'”

What To Do With R. Kelly’s Music?

“For years, R. Kelly’s music has been a staple at Black family gatherings, graduations and weddings. Should he be erased from the R&B canon?” asks Natalie Moore at WBEZ.

This tidbit in a report on the private religious school that Ye has founded: Ye, nee Kanye West, “doubled down a refrain he has previously made through the years, that he hasn’t read ‘any book,'” reports Rolling Stone. “His comments came during an appearance on the Alo Yoga podcast, ‘Alo Mind Full.’ During the chat with Alo Yoga’s CEO and co-founder Danny Harris, [he] commented on Harris’s reference to a book. ‘When you said I hadn’t read this book, I actually haven’t read any book,’ he said… His apparent longstanding refusal to read is an especially odd choice, given his new venture into education with Donda Academy in Simi Valley, California. It’s the first location he’s opened, though he’s already expressed his interest in expanding and opening up campuses across the country, including a Donda University. Not a lot is known about its academic offerings, but… the website for the currently unaccredited school notes that students’ daily schedule includes ‘full school worship; core classes of language arts, math, and science; lunch and recess; enrichment courses including World Language, Visual Art, Film, Choir and Parkour.’ The seeming secrecy around its offerings appears to extend to the family members of those who wish to attend: two sources told Rolling Stone that families are required to sign non-disclosure agreements.” While the Donda Academy was still hoping to hire teachers two weeks before its opening, it does have a “culinary team”: “One person who worked with the school’s culinary team said they were involved in developing ‘elevated high-concept coffee, tea and fruit focused beverages for kids, parents and faculty… Think distilled chicory coffee shaved ice with milk syrup.'”

Meanwhile, West finds the time to approach New York mayor Eric Adams on the politician’s nightly restaurant rounds, reports the New York Post’s Page Six. “The Yeezy designer was spotted with Adams at Cathédrale on Tuesday, where the Mayor was having dinner with friends and members of staff… West walked over to the Mayor’s table and sat down… ‘The mayor ordered the sea bass but Kanye didn’t eat.'” West has cancelled his design collaboration with the Gap, reports the New York Times. “The Yeezy Gap apparel line deal, announced with much fanfare in 2020, was supposed to last ten years and generate $1 billion in annual sales… Gap plans to continue to sell new Yeezy Gap products that have already been created, including a collection for the holiday season, through the first half of next year… Ye is moving ahead with plans to open his own stores.”

“‘Concerts take place during the week, and afternoon sound checks make it impossible to make clean audio recordings,’ said Jules Tomko, who co-owns Essanay Studio,” reports the Sun-Times. “Retrofitting the building to keep sound out would cost $2.6 million—money Tomko doesn’t have. ‘And I can’t move to another location. I don’t have the energy,’ said Tomko, who has operated the business on Goose Island for twenty-six years.” He “doesn’t have a problem with the music venue hosting indoor concerts, which it plans to do next year, it’s just the outdoor ones that complicate things.”

“The Phantom Of The Opera” “will commemorate its thirty-fifth anniversary in January, and then will play its final performance on Broadway on February 18,” reports the New York Times. “On Broadway, the show has been seen by 19.8 million people, and has grossed $1.3 billion, since opening.”

“Over everything hung the continuing controversy generated by the tour’s main financial backer—the sovereign wealth fund of Saudi Arabia, whose regime has been accused of a multitude of human rights abuses,” reports the Tribune of the LIV Golf Invitational Series hosted by Rich Harvest Farms. Senator Dick Durbin posted on Twitter: “This weekend, a golf glove will try and cover a blood-stained hand as the LIV golf tournament comes to Chicago in the Saudi government’s continued, desperate attempt to clean up its image.”

“A body of water near Palos Park in suburban Cook County has been renamed by the U.S. Board on Geographic Names to remove a slur for Indigenous women, a change members of the Native American community welcome with the hope that future generations are spared harm from the word,” reports the Tribune.