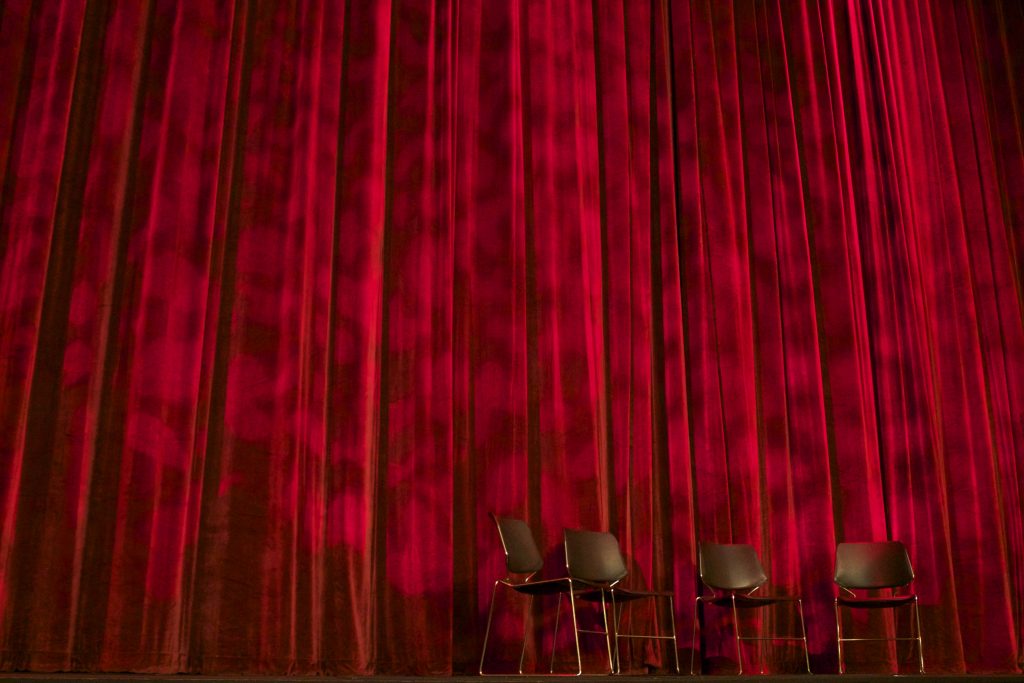 DOCUMENT has announced the opening of a second location, in Lisbon, Portugal. The third-floor gallery is centrally located near the Praça do Marquês de Pombal and the Parque Eduardo VII in a building designed by architect Raul Tojal, and built in 1943. “Partners Aron Gent and Sibylle Friche have developed a deep fondness for the vibrant art scene, galleries, and working artists of Lisbon. Establishing roots in Europe expands DOCUMENT’s international presence and their ability to support their current artists and foster new relationships across the globe,” the gallery says in a release. “Opening our second location in Lisbon is the beginning of an exciting new chapter in DOCUMENT’s journey,” says Gent, founder and owner of the gallery. “I see similarities between the Chicago and Lisbon art communities that have really drawn us to become part of this ecosystem.”

Gallery partner Sibylle Friche says, “The uniqueness of our model and of our program inspires us to take on initiatives that don’t fit a specific mold. This new platform will create more opportunities for experimentation.” The inaugural DOCUMENT Lisbon exhibition will be of works by John Opera. Opera’s work blurs the line between painting and photography in concept and appearance, all while mirroring the phenomena of nature. The exhibition will open January 20, 2023 and will run concurrently with his exhibition at the gallery’s Chicago location. DOCUMENT is a commercial gallery located in Chicago that specializes in contemporary photography, sculpture, and media based art. The gallery has organized more than seventy solo exhibitions since its opening in 2012 and actively promotes the work of emerging and established national and international artists.

“This is an amazing 1870s-era building,” Ward Miller, executive director of Preservation Chicago tells FOX 32. “The building has stood at 2240 North Burling for an estimated 150 years, and preservationists say it’s a stunning intact example of what would have been constructed around the time of the Great Chicago Fire, after which buildings in many areas of the city were required to be made out of brick. ‘It’s got all the beautiful qualities, the gingerbread qualities you’d expect from an early building or house from this age,”‘ said Miller. Preservation Chicago is behind a petition on Change.org, ‘Say NO to Demolition of Historic Three-Flat for a Side Yard.'” The petition (here) has nearly 1,500 signatures.

“You can still run into people who remember their grandfathers and grandmothers telling the story about when electricity came to the American farm, back in the 1930s,” Senator Durbin said on a Zoom call with Governor Pritzker, Senator Duckworth and others, reported by the Sun-Times. A total of “$253.7 million in federal funds will be sent to Illinois to boost broadband infrastructure development where it is lacking throughout the state… The money is flowing directly to the state of Illinois through the Treasury Department, which approved the state’s application for this broadband grant… The Connect Illinois Broadband Grant ‘will prioritize projects that demonstrate community support, deploy fiber-optic infrastructure, provide affordable service.'”

“Wicker Park leaders are banning overnight parking on part of Division Street to combat public partying and crime in the area,” reports Block Club and the move is not universally loved by business owners. Starting December 29, “The trial parking ban will run midnight-5am Thursday-Sunday on the 2000 and 2100 blocks of West Division along the border of Wicker Park and Ukrainian Village.” Those two blocks “are home to numerous bars and restaurants, several of which stay open past midnight on weekends.”

“The owners of Nobody’s Darling, 1744 West Balmoral, want to expand into the neighboring space,” reports Block Club.  Seeking a zoning change, “the Black-woman-owned bar, which caters to LGBTQ women, opened in May 2021, taking over a space that once held one of the city’s last remaining lesbian bars, Joie De Vine.”

“Sprawling Mexican restaurant and party bar Federales is opening a new location in Logan Square,” reports Block Club Chicago. “Four Corners, the hospitality group behind Federales, Ranalli’s, Benchmark and Kirkwood, is opening Federales Logan Square at the corner of Milwaukee and Sacramento… The building previously housed Marcello’s Father & Son restaurant. It will be the fourth Federales.”

Passes for the twenty-third Ebertfest, which runs April 19-22 at the nearly 1,500-seat Virginia Theatre in Champaign-Urbana, are on sale now.

Post-pandemic, Washington Post Style writer Karen Heller suggests book accumulation is also a plague. “America is saturated with old books, congesting Ikea Billy cases, Jengaing atop floors, Babeling bedside tables. During months of quarantine, book lovers faced all those spines and opportunities for multiple seasons of spring cleaning. They adore these books, irrationally, unconditionally, but know that, ultimately, if they don’t decide which to keep, it will be left to others to unceremoniously dump them… For dealers who survived the pandemic, ‘the used-book business has never been healthier,’ says Wonder Book owner Chuck Roberts, a forty-two-year veteran in the trade… Fran Lebowitz knows the precise number of her collection because, each time she moves, she hires specialty book movers who tally her holdings. The hunt for each apartment, and the necessity of blowing her real estate budget, is wholly dependent on it being large enough to hold her collection. In a sense, Lebowitz’s books own her.”

A statement from the owners of the Hideout—Mike Hinchsliff, Jim Hinchsliff, Tim Tuten and Katie Tuten—announces a January 10 reopening. “In the last few months, we’ve taken a long look at who we are, what we’re doing, and what the Hideout is all about. It has been intense and emotional,” the group writes. “As owners, it’s on us to make sure everyone feels welcome at the Hideout, especially our staff. We believe that everyone–owners, staff, performers, or patrons–who walks through our doors must treat each other with respect and decency,” they say. “No exceptions. During our hiatus, we heard over and over just how important the Hideout is to so many people.” Several changes have been made. “Over the past two months, our human resources advisor, an expert in workplace culture and diversity, equity, and inclusion, interviewed all Hideout staff and owners to find out what’s working and what isn’t. Those individual, confidential conversations provided great insights and ideas about how to improve the Hideout.”

The changes “include new leadership reporting structures, additional support and resources for staff, a Diversity & Inclusion Council of our staff, formalizing our open hiring process and incorporating DEI goals in that process, developing key performance indicators that are universal to all employees and conducting ongoing facilitated sessions on topics including disrupting bias.” (This DEI statement is on the Hideout website.)  “Now, our job is to put these ideas into action. We are not perfect, we are a work in progress. But we are absolutely committed to trying to do what is right. And we know the Hideout community will hold us accountable as we move forward. So we ask you, when you’re ready, to join us as we start a new chapter at the Hideout.”

The Chicago Philharmonic Society has announced the addition of four new members to the organization’s Board of Directors. The new board members are Eleanor Bartsch, Chimaobi (Chima) Enyia, Cynthia Plouché and Eric Wassenaar. “We are thrilled to welcome our new Board Directors,” executive Director Terell Johnson says in a release. “All of them are exceptional community organizers, passionate about the arts in Chicago, and powerful leaders.” “Chicago Philharmonic has a unique governance structure unlike nearly any other orchestra in the United States. The governing body of Board members and Board-appointed committees are made up of a majority of musician members. In total, thirteen musicians participate as Board Officers, making up at least fifty-percent of the Board of Directors, and leading nearly all seven Board-appointed committees.” More here.

Can Victory Gardens Blossom Once More?

“The biggest story of the year in Chicago theater was also one of the most confounding events in the community in decades: the complete upheaval in personnel and apparent change in mission at Victory Gardens Theater,” reports Kerry Reid at the Reader. “We still don’t have a clear idea of what that means for the future of the company, a key player in the transformative off-Loop theater movement of the 1970s… The conflict seems to come down to addressing the gap between what boards can do legally and what they should do to build trust, transparency, and community, especially as theaters continue to proclaim their desire to create diverse artistic visions and attract new audiences. When a theater is dedicated to producing mostly new work and fostering playwrights over time—as Victory Gardens has been for most of its nearly fifty-year history… there is a higher risk that not all the plays produced will find audiences. That makes it even more crucial that boards be involved in supporting the mission.”

Checking In With Midwestern Workers In Face Of Storm

“There is little ambiguity in the forecast: A winter storm is coming. It will be brutal,” reports the New York Times’ Mitch Smith from Chicago. “For those in the affected areas, forecasters warn that when the Arctic air swings through, it will arrive quickly, with temperatures dropping twenty-five to thirty-five degrees in only a few hours.” Surveyed: airport workers in Grand Rapids; linemen in Beloit; a state trooper in Indiana; and a food services associate director at a pantry on the West Side of Chicago.

Compact weather coverage with maps and more are on the NWSC Twitter feed.

“Landlords and building owners face fines of up to $1,000 per day, per violation, for each day they do not supply adequate heat. The reason for lack of heat does not matter—building owners must follow the law, and heat must be provided. The Heat Ordinance specifies heat sources that cannot be used to meet minimum heating requirements. These are: cooking appliances, domestic water heating equipment, and portable space heaters.”

“Notify your landlord immediately if heating equipment is malfunctioning or fails. It is in both your interest and theirs that heat be restored quickly. If you are a resident or worker in the City of Chicago and your landlord or employer is not providing adequate heat or no heat at all, you may file a complaint using 311. The Department of Buildings will inspect and take action. To report a condition that poses an immediate danger to yourself or others, always call 911.”

“Our six Department Of Family & Support Services community service centers operate as warming centers and will be open all week, 9am-5pm,” reminds DFSS on Twitter. “Call 311 to find the nearest warming center & for well being checks for you and seniors.”

“Chicago is the next step” of “introducing our sport to a whole new audience,” NASCAR street course president Julie Giese tells Mark Guarino of WBEZ, in a report that casts doubts on benefits of street racing to the city. “Giese expects 100,000 people to attend the July 1-2 event. It will be structured like a festival—fans will purchase a two-day pass to the area around the track, where there will be an ‘A-list’ concert each night in Hutchinson Field. Food, vehicle displays and interactive games will be at Buckingham Fountain. Ticket prices—$269 for general admission and $465-plus for reserved seating—are higher than typical races… Racing on a street grid is a greater challenge for drivers… with tighter turns, no run-offs and minimal time for drivers to test-drive the route.”

“For more than a decade state regulators in Illinois failed time and time again to hold 3M accountable for air and water pollution from its third PFAS (per- and polyfluoroalkyl substances) plant in the United States, located on the Mississippi about fifteen miles upstream from the Quad Cities,” reports the Trib. “Illinois officials knew about pollution problems at 3M’s Cordova plant as early as 2008.”