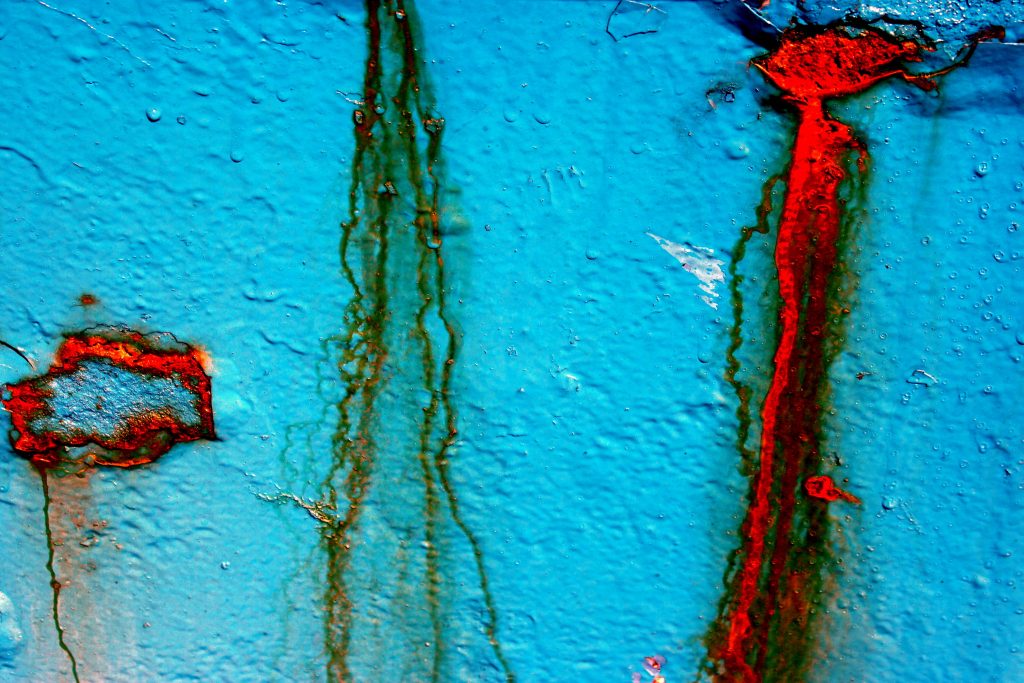 “Cinnamon Catlin-Legutko, who headed the Illinois State Museum since 2019, died Saturday,” reports the State Journal-Register. “Catlin-Legutko recently had been appointed by President Joe Biden to the Route 66 Centennial Commission,” looking toward 2026.

Auction giant Hindman opens a Miami office: “With more than a decade of establishing a strong presence in Florida, this expansion now gives Hindman representation in three cities in Florida and sixteen cities across the United States. With additional locations in Palm Beach and Naples, the opening of Hindman Miami underscores the firm’s presence throughout the state.” More here.

1000M More Than Halfway There

“Structural work is now past the 400-foot mark for 1000M, the seventy-four-story, 788-foot residential skyscraper in the South Loop,” reports YIMBY Chicago. The Helmut Jahn-designed project is developed by JK Equities, Time Equities, and Oak Capitals. The originally mooted 506 condominium units have been supplanted by 738 rental apartments.

The State and Randolph location of Old Navy since 2012 will be vacated, reports CBS Chicago.

Refurbishing Of Belmont Blue Line Stop Could Begin In 2025

“Chicago was awarded $185 million from the federal government to make CTA and Metra stations accessible under a $1 billion infrastructure bill signed by President Biden last year,” reports Block Club. “Of that, $118.5 million will go toward modernizing the Belmont, Irving Park and Pulaski Blue Line stations [which] are among forty-two CTA train stations that are not compliant with the Americans with Disability Act.” The CTA says work could begin by 2025.

The regional burger chain, best known for its “Butterburger,” has dumped Pepsi products for Coca-Cola output.

Chef Iliana Regan talks to the Wall Street Journal and Chicago Review of Books about “Fieldwork.” “The ideal practice of hospitality would be caring for others in a way that is most genuine to yourself. We don’t try to fit into any sort of standards. Our main goal is to make others feel comfortable in what has sort of become our own little world,” Regan tells Chicago Review of Books.

Regan’s Milkweed Inn will have a brief residency at her former space in Chicago, February 4-14, with a $160-per-person menu here. “The menu will offer the New Gather cuisine she’s been known for for fifteen years but she continues to push and challenge herself in the kitchen. We invite you to join us and witness that for a very limited run.” (Regan talks to Mary Wisniewski for Newcity about “Fieldwork” here.)

Elizabeth’s successor, Atelier, has set an opening date of February 22, with Christian Hunter as executive chef. Hunter, posts the restaurant, “is intrigued by global flavors, sustainable food production, and nutritional anthropology. And he brings all those interests to his job as executive chef at the venerable Community table in Litchfield County, Connecticut… His signature style focuses on infusing New American fare with unexpected global flavors. He adds zing to locally sourced products with chermoula, freekeh, berbere, house-made garam masala, salsa macha, locally made miso, and many more… ‘I like working with the farmers and utilizing a bit of every product. Fermenting, dehydrating, burning, pickling… Whatever it takes!’” Reservations here.

Table, Donkey and Stick reports on Instagram that they’ve reopened their Alpine boîte after repairs. “We will have a fancy new copper water line in the fancy new water meter vault… And yes we did keep those magnums of Champagne that we planned to drink last month on ice.”

Architectural Digest goes around the globe and picks out a McDonald’s in Wisconsin Dells as one of the thirteen most beautiful in the world, as an example “of the hamburger restaurant leaning into local culture… This log cabin McDonald’s in Wisconsin… includes unique decor, such as a wood-carved bear and mounted moose head.”

A Christmastime flood caused as much as $300,000 damage to books stored in a basement by Third World Press, Dr. Haki Madhubati tells NBC 5. The press, founded in 1967, which is “the oldest independent, continuously operating Black publishing house in the nation,” estimates that seventy-five-percent of inventory has been lost to water and mold.

“Schools are struggling to keep their shelves stocked as oversight by parents and school boards intensifies,” reports the Washington Post. “In one Texas school district, school librarians have ordered 6,000 fewer books this year than the year before, because under a new rule parents must have thirty days to review the titles before the school board votes to approve them. In Pennsylvania, a school librarian who must now obtain her principal’s okay for acquisitions has bought just a hundred books this school year, compared with her typical 600. And throughout Florida, many school librarians have been unable to order books for nearly a year, thanks to their districts’ interpretation of a state law requiring librarians to undergo an online retraining program on ‘the selection and maintenance of library … collections’—which was not published until this month… Rick Stevens, a Florida pastor who serves on a book-reviewing subcommittee of conservative education advocacy group the Florida Citizens Alliance, said school librarians should welcome the extra pairs of eyes, which he believes will lead to more ‘pristine’ school libraries, stocked solely with texts devoted to the fundamentals of reading, writing and arithmetic.”

“Many reading this can probably still hear Lin’s voice offering his signature sign-off: ‘Never take anything for granted. It’s great to be alive'”: Axios collects remembrances. Tony Fitzpatrick: “He did radio with a humanity, generosity and vulnerability of spirit that let everyone see themselves. He had that touch that connected every single listener. He was our conduit to each other. His humanity was infectious, and I will see him in the flowers of the next world.” (The Cubs posted condolences on its marquee and on Twitter.)

Steve Albini draws on a Shellac song, writing of an element ” that makes me think of Lin Brehmer… the way radio personalities use their speaking voice… They’re just talking to you, same way your friends do, and that’s their profession, telling you things in a way that bypasses all conscious mechanism and labor on your part. You don’t need to read it or parse meaning from symbol, it’s talking and it goes straight in your earhole. Lin’s manner on the radio was exemplary. He didn’t affect a special character, he was just there to let you know what you were listening to. He’d drop some modest asides or enthusiasm now and again, but none of it felt like hype, he never made you doubt him… And more than anything else, what Lin conveyed was that he was a guy listening to music, sharing it with you, and any gimmick or artifice would only spoil the atmosphere of familiarity, relegating it to hokum.” Matt Spiegel from 670 The Score: “I keep texting and talking to people about Lin Brehmer, trying to process the magnitude of the loss, searching for connection on so many levels. Comedically, musically, creatively, professionally, passionately and spiritually—I am wanting. But he’s of course whom we want to reach. What an amazing, beautiful, brilliant soul.”

Paul Sullivan at the Trib: “We were fortunate his bosses at WXRT had the good sense to let Lin opine on air about whatever crossed his mind, including his thoughts on his beloved Cubs… Lin always seemed invincible, even after missing time last summer while undergoing chemotherapy. His motto, ‘It’s great to be alive,’  made us feel as though he always would be there for us, picking the perfect soundtrack for our morning drive or a run by the lake or just lounging on the couch while trying to get over a hangover. We’ll never forget his voice or his way with words or his ability to find the right song for the right moment and put you in a better mood.”

Another Take On Ticketmaster Trouble

“I have no sympathy for people whining about high ticket prices,” seventy-nine-year-old former chief executive of Ticketmaster Fred Rosen tells the Los Angeles Times, “pointing a finger at fans who downloaded music without paying for it during the heyday of file-sharing services like Napster. ‘They helped create this situation where artists have to make all their money on tour. Artists and the market set the prices, and you can’t pay a Motel 6 price and stay at the Four Seasons.’ … The actual role that Ticketmaster plays in live music is widely misunderstood… Former Ticketmaster executives, artist managers, economists, lawmakers, antitrust experts, fans and industry insiders… agreed that Ticketmaster is enormous and largely unaccountable to fans. But, they said, it is also a mostly effective business with few peers capable of operating at its scale. ‘Ticketmaster got thrown under the bus because it’s easy to throw them under the bus,’ Rosen said. ‘There is no solution that won’t piss people off more.'”

“Metro veterans and Hometown heroes Fall Out Boy make an epic return to our stage for an incredibly rare club performance, marking the second half of Metro’s fortieth anniversary, this Wednesday,” Metro posted on Facebook. (The venue sold out rapidly.)

How bad can it get for orchestras? From money woes to “whoa!” “Philadelphia’s largest arts presenter followed through on its ultimatum to drop the Philly Pops as one of its resident companies, shutting the group out of Verizon Hall and removing customers’ ability to buy Pops tickets from its website,” reports the Philadelphia Inquirer.

UIC Strike Is Over

“We are especially proud of winning $60,000 minimum salaries for our lowest paid members and the commitments on student wellness and disability testing,” union president Aaron Krall said, according to WTTW as the University of Illinois at Chicago strike ends. Students can return to classes as faculty considers the four-year contract.

Long-established leather bar Touché has issued assurances after November’s racist puppet act, reports Block Club. Touché manager David Boyer apologized to a community hearing “for booking the performance and allowing it to continue. ‘I’m truly sorry for what happened in November. Offending people that I’ve cared about for years was not my intention, and I’m sorry it happened… It really has bothered me, and I came here today to listen and to learn. I want to do better.’ … Multiple people criticized Touché’s leaders for letting months go by without fixing the situation with Onyx’s members… Boyer and Onyx leaders agreed to work together to find ways to ensure Touché doesn’t hurt community members in the future. During the Saturday exchange, former bartender Cris Bleaux said, ‘I was so goddamn embarrassed to be making money off an event that was mocking her and her sisters and mothers and all divine femme beings. I was terrified because this was my main source of income, but I knew I had to bounce.'”

State Grant Of $5.5 Million Toward Tourism In Twelve “Underserved” Areas

“There is a small group from our Vehicle Services Department that review requests with an eye out for anything tawdry, lewd or offensive,” an official tells the Sun-Times. “The number of requests was abnormally high during the COVID-19 pandemic when more people were spending their days at home… All types of obscenities—or combination of letters that could be construed as an obscenity—will get flagged, including expletives, racial epithets, drug references and most words with violent overtones. Obscenities in other languages are also forbidden.” A less-discreet NBC 5 reveals from Secretary of State Alexi Giannoulias’ statement, “There will be no PEEPEE, SUKIT or DUCKYOU for Illinois drivers.” NBC 5 can also reveal rejects “GOTPOOP, SUCKER, KISSASH, BITEU, COKAIN, HAIILNO, WHTHFUK and WMWWWMW.”