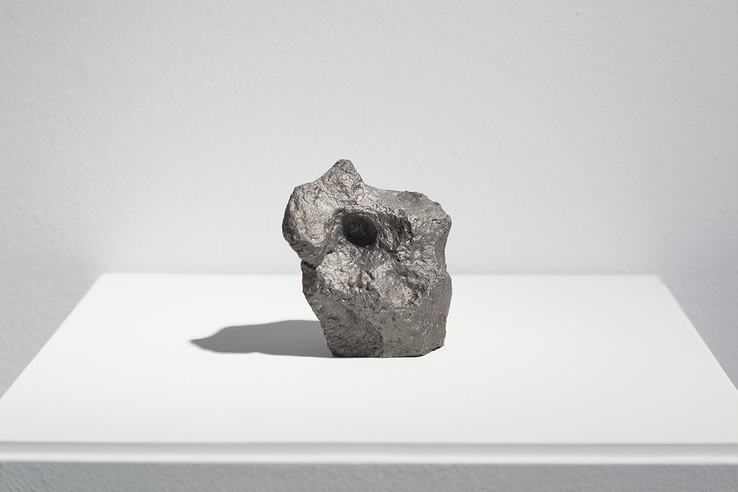 Twin Cities-based artist Cameron Gainer has signed with Aspect/Ratio Projects for representation. According to the gallery, “Gainer is an artist, advocate for artists, the Executive Editor of The Third Rail, on the Board of Directors of Second Shift Studio Space and the Artistic Director of co.“

“Gainer is a visual artist making work in a diverse range of media with an in-depth interest in fundamental concepts such as time and light.” the gallery writes. “Whether creating a sculpture cast from a 4.6 billion-year-old meteorite, documenting a rare firefly through his photographic lens, or being the first to capture on video a single cell bioluminescent organism and translating it into a stunning and mesmerizing body of work, Gainer finds beauty all around us.”

Stephanie Cristello is leaving EXPO Chicago after nine years, most recently as artistic director, to devote herself to curating and writing. She’ll stay on as editor-in-chief of EXPO’s art journal, The Seen, and act as an advisor to the fair in 2021.

Indigenous art acknowledgement at the Block

The Terra Foundation is giving the Block Museum a $105,000 grant to support an upcoming exhibition that “approaches the art history of the Chicago region from Indigenous perspectives.”

According to the press release, “Employing a collaborative curatorial model, ‘Indigenous Chicago’ will center Native American perspectives in telling Chicago’s history and art history. Grant support will be used to hire a Native American guest co-curator and engage a diverse cohort of predominantly Native American advisors whose voices will drive the project’s content from its planning stages.”

Janet Dees, Block Curator of Modern and Contemporary Art, and Kathleen Bickford Berzock, Associate Director of Curatorial Affairs, are co-initiators of the project.

The Black Harvest Film Festival, which ended November 30, set virtual records for attendance, audience engagement and box-office revenue at the Gene Siskel Film Center, more than doubling the previous best in all areas since the pandemic closed the theater to live attendance. Festival attendance totaled 1,400 people, with 32,950 page views of the Black Harvest Film Festival home page, according to the press release.

From Sully to Sen

Musician Sen Morimoto is taking over booking at the Hideout, assuming the role from Sullivan Davis. “Morimoto wants to book more artists of color at the club,” according to the Chicago Reader, “as well as more younger musicians.”

Cleveland-based Rock Hall of Fame and Museum is getting a $100-million renovation and expansion, led by PAU architects, according to the New York Times. “Our theme for the project is the Clash,” PAU founder Vishaan Chakrabarti told the Times.

The African American Arts Alliance received a $240,000 three-year grant from Gaylord and Dorothy Donnelley Foundation and the Walder Foundation to help underwrite the salary of its first-ever executive director. The AAAA, led by board chair and Black Ensemble Theater founder Jackie Taylor, was started in 1997 with fifteen members and includes 186 artists and arts organizations across all cultural disciplines.

Former NBA star “Junior” Bridgeman led an investor group with the winning bid to buy once-iconic Chicago media brand Ebony. Bridgeman told the Chicago Tribune that “he believes he can return it to profitability with ‘the right ideas and the right execution.’ More important, he said, is returning it to a place of prominence in American culture.”