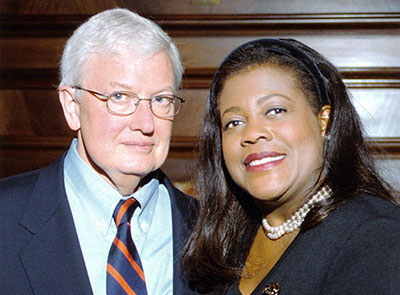 “If you’ve seen photographs of performances by the likes of John Cage, Robert Rauschenberg, Yoko Ono, Trisha Brown, and Nam June Paik, you probably have Peter Moore to thank,” reports ARTnews. “Beginning in 1960 and until he died in 1993, Moore shot essential images of avant-garde artists at work in the U.S., offering important documentation of strange, cutting-edge events that were fleeting in their nature…. Moore’s vast archive has found a permanent home at the libraries of Northwestern University… which has acquired 15,000 master contact sheets, 5,000 color slides, and other ephemera related to the artist, as well as the copyrights to his work. The news comes as New York’s Paula Cooper Gallery prepares to mount a Moore survey opening this week.”

Woman Made Gallery announces “Uncommon Prints x Common Matrices,” juried by Cathie Ruggie Saunders. “‘Uncommon Prints x Common Matrices’ is a group exhibition featuring the artwork of twenty-eight women and nonbinary artists exploring the concept and techniques of a transfer in unexpected ways and across mediums. As a traditional printmaking convention, a matrix is a master surface from which to make an impression. Typical matrices are wood, Bavarian limestone or aluminum plates, copper or zinc, and a silkscreen frame and stencils.This exhibition opens up the traditional practice to highlight the common methods of ‘transferring a mark.’ From fingers, handprints, using earth pigments and plant berries, ‘Uncommon Prints x Common Matrices’ underlines the artistic encounter by women with the everyday and reveals lasting impressions.” The show is February 26-March 26; details here.

West Town’s ENGAGE Projects will present “Calibration Matrix,” a solo show featuring new sculptural works in glass by Andrew Bearnot. “The exhibition draws on Bearnot’s background in materials science and glassworking, introducing a vocabulary of forms which extend the artist’s investigation of calibration as a formal, philosophical and political subject. Constantly shifting when viewed from different perspectives, the glass objects point to Bearnot’s interest in queer phenomenology and metaphysics.” More here.

“The Skokie Village Board approved the fourteen-story Carvana used car vending machine glass tower next to a forest preserve despite opposition,” reports the Trib.

“A glass building designed in 1952 by Ludwig Mies van der Rohe has [been] completed at Indiana University in Bloomington,” reports dezeen, “more than fifty years after the architect’s death. Now known as the Eskenazi School of Art, Architecture + Design, the design was adapted for contemporary use from the rediscovered plans by New York architecture studio Thomas Phifer and Partners.”

The River North Design District’s inaugural River North Pup Crawl & Cat Walk will run April 1 from 5pm-8pm. The walk is comprised of nine locations and nine designers who will create unique auction items for pets. “Guests are invited to stroll through the River North Design District showrooms and bid on their favorite auction items. One-hundred-percent of auction proceeds benefit PAWS Chicago, which will have animals available for adoption at each location. This event is not open to guest pets. Each showroom will have a signature cocktail and an amuse-bouche.” The walk is $35 and tickets must be purchased in advance here.

From Friday, March 25 to Sunday, April 10, Choose Chicago welcomes the return of Chicago Restaurant Week for its fifteenth outing. “This year’s participants include a range of restaurants offering specially priced, prix fixe menus for dine-in, delivery or takeout. Choose Chicago’s 2021 and 2022 programs were expanded to provide restaurants with opportunities to participate regardless of the availability of dine-in operations. Last year’s adjusted prices were kept in place to continue to augment revenue generation opportunities for restaurants given the business challenges brought on by the pandemic,” CRW says in a release. Potential diners can reserve tables and view menus at 329 locations here.

“The recently opened 2d Restaurant in Lakeview is centered around a unique, comic book-inspired aesthetic, lined with black-and-white drawings as well as chairs and tables that have been covered in white paint and outlined with bold black accents,” recounts Time Out Chicago. “Former Kizuki Ramen operator Kevin Yu and his wife Vanessa Yu, an interior designer, were inspired by cafés decorated with intricate drawings that originated in Malaysia a few years ago, spreading to places like Tokyo, Hong Kong and Dubai. In the midst of the pandemic, the pair began thinking about the kinds of experiences that could entice people to sit down in a restaurant. ‘I was looking at the future of the hospitality world and realized it’s got to be different,’ Kevin Yu said. ‘We wanted to create a space where people can forget about all the hardship that’s out there.'”

The Andersonville Farmers Market returns for its thirteenth season, Wednesdays from 3pm-7pm, May 11–October 19 on Catalpa between Clark and Ashland, featuring more than twenty-five vendors. Everything sold at the Andersonville Farmers Market is grown or produced within a 200-mile radius, offering the community access to fresh, local food. New additions to the twenty-four-week market include expanded entertainment with weekly performances, cooking demonstrations and kids’ activities. Vendor applications are accepted through March 10. A full list of 2022 vendors will be announced shortly. More here.

The College of Media at the University of Illinois Urbana-Champaign has announced that the Roger Ebert Center for Film Studies will launch in the fall. “Thanks to gifts totaling more than $5 million from a collection of donors—inspired by a lead gift from Roger and Chaz Ebert—funding will support annual programming, including the Ebert Symposium, Ebert Lecture and a screening series. ‘Unlike many centers on film studies, which focus on the skills of making a film, Roger’s Center will also focus on analysis and study of films, the state of the industry, and the impact of film on individuals and society for personal and social change,’ said Chaz Ebert, CEO of Ebert Digital LLC and cofounder of Ebertfest. ‘This new center will undoubtedly elevate the University of Illinois and the College of Media in the discipline of film studies,’ Dean Tracy Sulkin adds. ‘We are eager to realize the Eberts’ vision of making Illinois the place that inspires generations of students and scholars and are grateful for the generosity of those who are supporting us in making this happen.’ A faculty member from the Department of Media & Cinema Studies will be appointed director of the Roger Ebert Center for Film Studies. The director will coordinate event programming, Ebert research grants and travel grants for film studies, the Ebert Fellows Program for undergraduate students, and equipment and operations support for the teaching of film production.” More at the link.

Fincher And Fassbender Arrive in Chicago

David Fincher’s “The Killer,” with Michael Fassbender in the lead, starts Chicago location work on Friday, reports Screen Magazine, and continues through March 17. First stop: Union Station; next week, near Chicago Avenue and Halsted Street, then the Fullerton-Western area.

Chicago Theaters Will Maintain Their Own Mask Mandates

“The city and state mask and proof of vaccination mandates for entry to nearly all venues, restaurants and stores may be history come Monday, but that doesn’t mean all of Chicago’s live theater houses will be dropping them,” reports Miriam di Nunzio at the Sun-Times. “The League of Chicago Theatres, which advocates for more than 200 Chicago-area theaters, sent a letter to its membership stating that the majority of its member theaters indicated they would continue current mandatory mask and proof of vaccination policies, citing recent surveys indicating ‘this is what our audiences want and some artists and their representatives have said they would like this policy to continue as well.’ The league’s ‘unified protections plan,’ in place since the fall of 2021, will remain in effect ‘until further notice’ but would be ‘reviewed regularly based on the needs and comfort of our patrons, staff and artists’ and could be relaxed at any time.”

Deb Clapp Looks Back On Tenure At League Of Chicago Theatre

“Deb Clapp announced that she’s stepping down as executive director of the League at the end of June after fourteen years,” writes Kerry Reid at the Reader. Among the topics in their talk: “The endemic racial and economic segregation in Chicago has long been present in the theater community. Clapp notes that the League was an early adopter of anti-racism training. ‘When I wanted to start doing that, it took me a year to find somebody who could do it for us. We were really in the forefront of that. And we continue to do them, and I think that, while I understand that we still as an industry have a long way to go, I think that real change was effected as a result of those trainings… Everything that we’re talking about in terms of pay equity, and yes, cultural competence, increasing awareness around inequities that still are everywhere—not just in our business, but in all businesses—I think it’s really important to everyone to continue to pay attention to that.'”

Six Named To Auditorium Theatre Board

The Sarah Siddons Society, dedicated to funding scholarships for promising theater arts students at top Chicago area universities, has formed the Siddons Artistic Council, which will offer mentoring, networking and guidance to recent Siddons scholarship recipients and members of the Chicago area professional theater community, while acting as a conduit with the Society’s leadership. The inaugural council includes Kaiser Ahmed, Kayla Boye, Sarah Cohen, Christopher Chase Carter, Donterrio and Jermaine Hill. Board member Brian Shaw is the Board Liaison to the Council. The Artistic Council is hosting three free events in February and March 2022 for recent scholarship recipients, theater students and the Chicago-area theater community. Advance registration is required here.

Black Ensemble Theater founder and CEO Jackie Taylor kicks off the 2022 “Season of Excellence: The Season of Healings” with the world premiere of Jackie Taylor’s “It’s Just Like Coming to Church (Welcome to The Church of YOU).” The production runs March 12-April 24. “It’s Just Like Coming to Church” is written and directed by Jackie Taylor and stars Dawn Bless and Vincent Jordan. The Choir of the Griots is MJ Rawls, Ciarra Stroud, Noelle Klyce and Deshaun Peters. The live band consists of music director Robert Reddrick, Adam Sherrod, Glenn Lowe and Wayne Jones. “This joyous and uplifting story helps us understand the power of forgiveness, self-love, and faith as we move through the trials and tribulations that life brings.” Featured music includes gospel, spiritual, soul, jazz, hip-hop and blues. Tickets here.

“For a decade, student enrollment numbers in undergraduate programs have been headed down. With wages up, ever more would-be students seem attracted to paychecks rather than higher education,” reports Deutsche Welle. “Public colleges and universities offering four-year bachelor’s programs and private for-profit schools have all experienced a decline in student numbers. Community colleges, which mainly offer two-year associate programs and often serve low-income students, students of color and older students, have been hit the hardest, with a thirteen-percent drop in enrollment.”